‘The josh is all high’: Indian Army shares glimpses of parade practice for Republic Day

The clip has amassed more than 2 million views on Instagram. 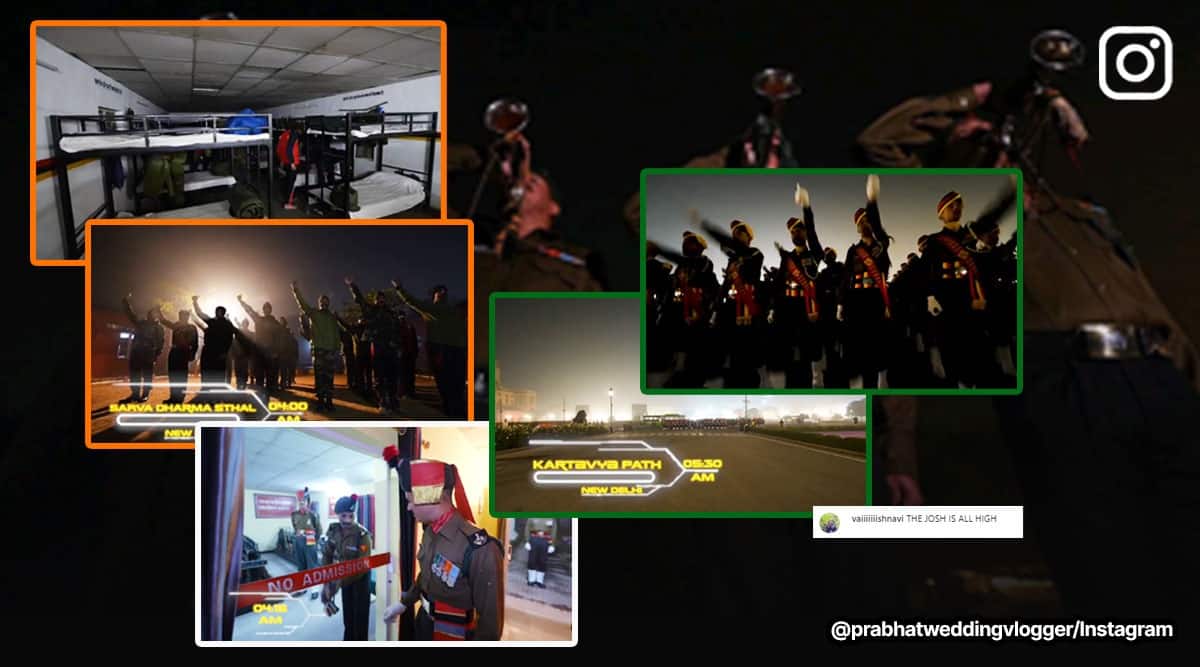 The Indian Army has shared a video on Instagram showing glimpses of their preparations.
Listen to this article
‘The josh is all high’: Indian Army shares glimpses of parade practice for Republic Day
x
00:00
1x 1.5x 1.8x

As India gears up to celebrate the 74th Republic Day with great vigour, preparations are in full swing in Delhi. The Republic Day parade that starts from the Rashtrapati Bhavan moves along the Kartavya Path to India Gate, invoking the spirit of nationalism and pride.

The Indian Army has shared a video on Instagram showing glimpses of their preparations. Right from waking up at 3:30 am at the Delhi Cantonment, getting ready, practising parades with discipline and unity in Sarva Dharma Sthal and Kartavya Path, the enthusiasm exhibited by the Army officers may leave you with goosebumps.

“We are Ready…….Are You..?…..2 Days to go!#RepublicDay23#IndianArmy#OnPathToTransformation,” reads the caption of the clip. Since being shared on Tuesday, the clip has amassed more than 2 million views on the Meta-owned platform.

After the Republic Day parade, the President of India unfurls the national flag while everyone sings the National Anthem. Later, the Indian Army Regiment of Artillery fires a 21-gun salute. The regiments of the Army, the Navy and the Air Force clad in official uniforms take part in the parade. Along with exhibits and tableaux from each state, school children, army personnel and NCC cadets unite together for special displays.

The Republic Day celebrations began on January 23 with the birth anniversary of Netaji Subhas Chandra Bose, and will end on January 30, which is observed as Martyrs’ Day.