The doctor even goes on to take a sip of cow's urine, saying it has properties to purify one's body and even keep blood pressure problems at bay. 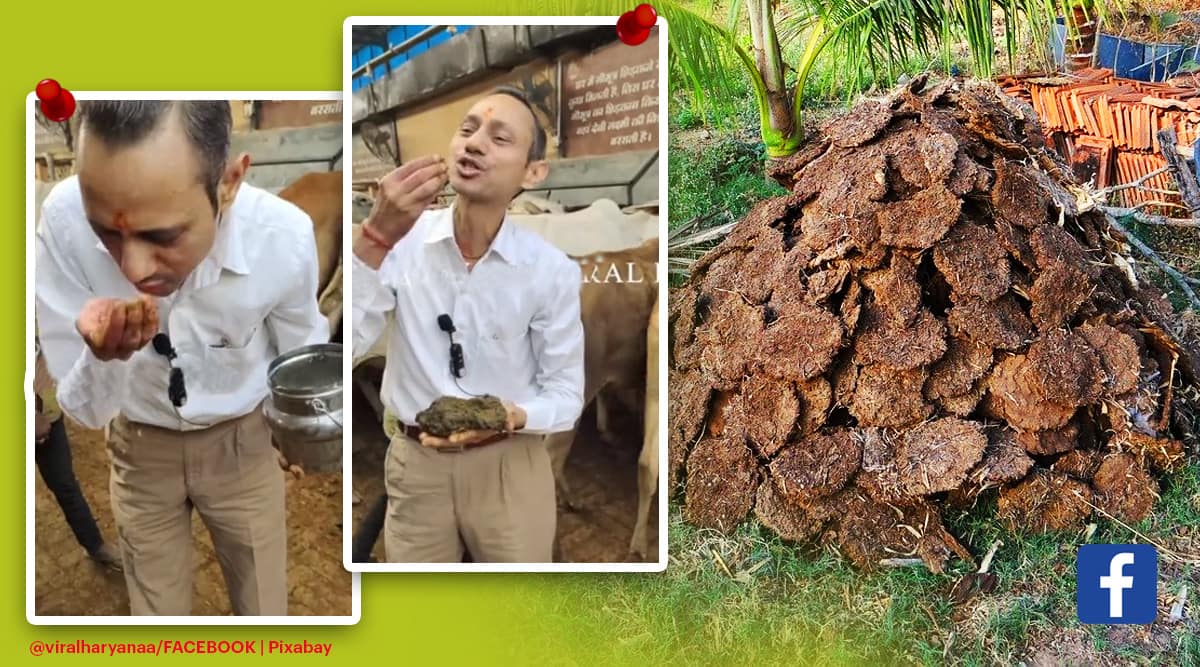 Claims about medicinal benefits of cow urine and cow dung on social media by people, including ministers, are not uncommon. Now to drive home the point, a doctor in Haryana ate cow dung and sipped on the bovine’s urine on camera while claiming it cleanses body, mind and soul!

In a live video for Viral Haryana, Dr Manoj Mittal from Karnal is seen standing in a cow shed surrounded by a few bovines and with a cowdung cake in his hand. As he elaborates about ‘Panchgravya’ or the five elements that the animal can provide, he is seen picking up a small amount of cow dung and putting it into his mouth. He says his mother used to break her fast by eating the same.

He claims even brushing hands on the animal has many benefits, while also adding that women should eat cow dung for normal delivery of children.

To top it up, he even goes to take a sip of the cow’s urine from his hand, saying it has properties to purify one’s body and even keep blood pressure problems at bay.

From Facebook to Instagram, either the full video extending over seven-minute or small snippets of the clip has gone viral.

While some reacted with sarcasm, others were upset how a medical practitioner could believe in such things.

I’d say eat shit and die but this guy is way ahead of me.
On a serious note is @IMAIndiaOrg looking at this? https://t.co/kwRwtHiKEz

That guy is an MBBS , MD pediatrics.

Dude ,,, what is he even thinking at that time ? Yaar , cowdung is also used in various pooja ceremonies in my home.

But eating it 🤣🤷🏾‍♂️ https://t.co/muswhzzXnT

This is gross, this is unacceptable, this is insane, someone stop this $hit https://t.co/R4S3sCXpnr

This video is more disturbing than all episodes of house of secrets combined.

I almost threw up the food I was eating. I was not expecting that. 😭😭😭

Of late, ministers have been looking at other ways to reap benefit from cow’s excreta. Recently, Madhya Pradesh Chief Minister Shivraj Singh Chouhan opined that cows and their “excreta” have great economic potential which can help in boosting country’s economy. While in Chhattisgarh, Chief Minister Bhupesh Baghel has launched a project to generate electricity from cow dung.