Watch: This hack breaks a coconut using a lift

Like with many other viral hacks, it is unclear how accurate or effective this method is. 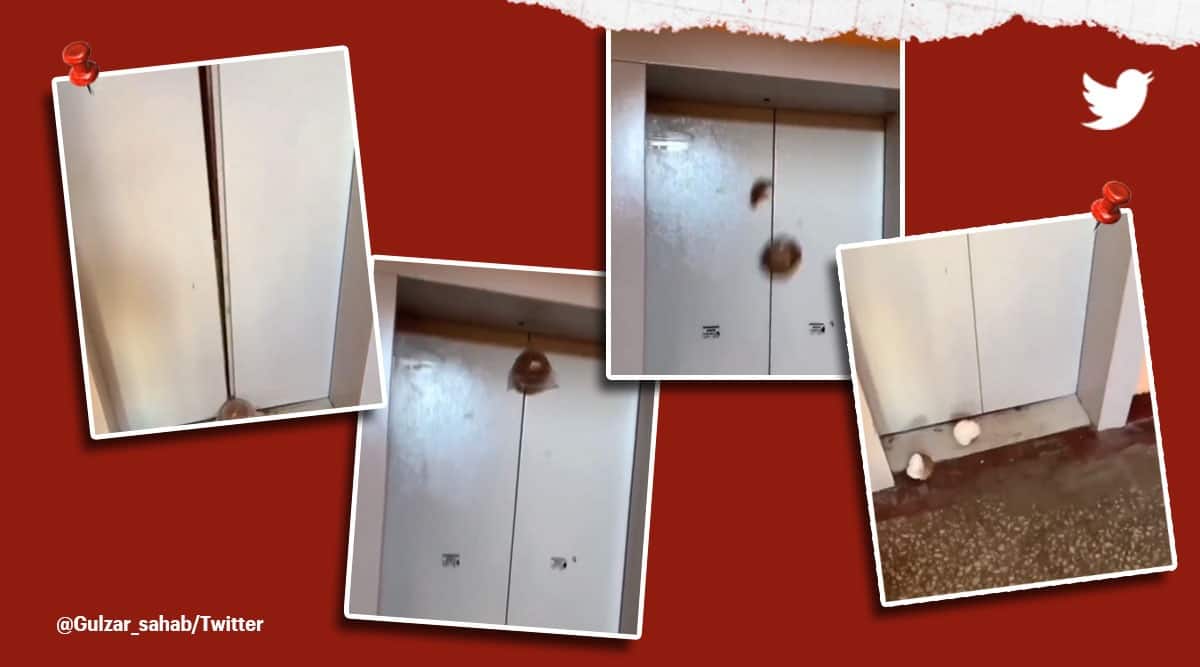 Breaking a coconut shell is one of those tasks that look easier than they are. The internet is full of kitchen or household hacks that claim to make life easier.

Now a coconut-breaking hack that involves a lift is going viral. In a video, a coconut enclosed in a tied-up plastic bag is placed in such a way that one end of the bag is inside the lift while the part that holds the coconut is outside its door. As the lift moves up, so does the coconut, hanging outside the door. Within seconds the coconut slams against the roof of the lift’s entrance and breaks from the impact

The video was shared online by a popular Twitter account that goes by the name @Gulzar_sahab. With the eight-second clip, @Gulzar_sahab wrote, “लिफ्ट की शक्तियों का ग़लत इस्तेमाल हो रहा है 😎 😂 ”. This loosely translates to, “The abilities of a lift are being misused”. This viral clip posted on Wednesday has over 14,000 views and hundreds of likes.

Last month Supriya Sahu, an Indian Administrative Service officer, shared online a hack that separated the tough coconut shell from its white, edible portion without using force. The hack involved heating the coconut over gas and then cooling it for a bit. After the coconut’s temperature is safe to be held, one can gently scrape the flesh of the coconut using a butter knife, as per the video.