Guy tweets to IndiGo about misplaced luggage; ‘Glad to hear that’ replies the airline! 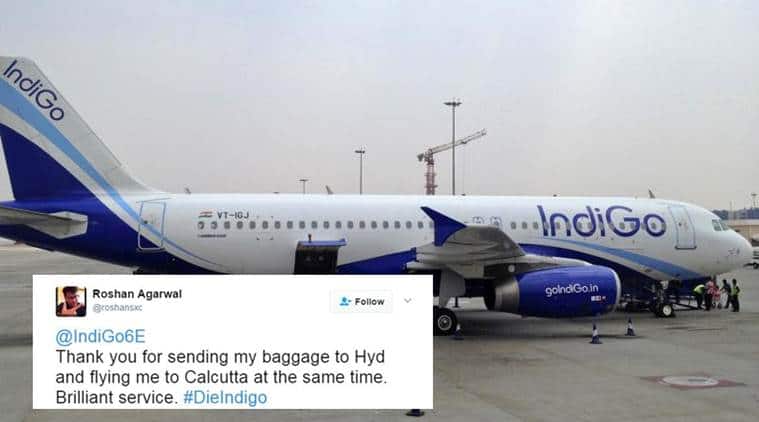 Technology can make a job easy, but not always right!

We all know about automated replies as well as textbook ones, but sometimes those can be quite inappropriate and cause a lot of embarrassment for the organisation. A similar incident happened when an airline passenger flying with IndiGo complained on Twitter about his luggage been misplaced. Thanks to what can only be explained as either an automated reply or someone who just has no idea of what sarcasm means, the domestic carrier’s handle posted the following response, “Glad to hear that”!

A reply, you certainly don’t want a perplexed and angry passenger to hear, right?

Twitter user Roshan Agarwal was flying down to Calcutta by IndiGo airlines on April 29, however, his luggage was sent to Hyderabad. He took to Twitter to complain about the incident and wrote, “@IndiGo6E Thank you for sending my baggage to Hyd and flying me to Calcutta at the same time. Brilliant service. #DieIndigo”.

@IndiGo6E
Thank you for sending my baggage to Hyd and flying me to Calcutta at the same time. Brilliant service. #DieIndigo

Soon, within few minutes there was a reply from the carrier’s Twitter handle, and it was hilarious. Irked by the insensitivity, the passenger further wrote, “How dumb can you be?”

@IndiGo6E How dumb can you be? pic.twitter.com/2cOmxVz1wl

Though realising the mistake the domestic carrier company deleted the erroneous tweet, but thanks to active Twitter users, its screenshots have now gone viral. Not just on Twitter, but over the past two days, Agarwal’s Twitter thread with IndiGo airlines has been widely circulated on WhatsApp as well.

Netizens felt for Agarwal’s trouble but could not stop laughing on the response. While few suggested that it calls for a free ticket for their “sarcastic reply”, someone also noted that thankfully he was not thrashed, with obvious reference to the incident on United Airlines last month.

Check out some of the reactions here:

@roshansxc @IndiGo6E May be they are not shocked… Assuming dat it was their regular service..😂😂😂

@roshansxc @IndiGo6E Dear @IndiGo6E, was this a sarcastic attempt to mock @roshansxc, a paying customer ? How did you manage this ? Apologise with a free ticket!

@roshansxc @kitAnurag @IndiGo6E Oh @IndiGo6E, why? Why have you done this? Hope your SM team read full message rather than in hurry to reply using ready replies. #Fail

@roshansxc @IndiGo6E I think they have tied up with united, the sarcastic arrogance is showing ;)