‘Even Captain America won’t’: Netizens stunned as man balances motorbike on head, takes it atop bus

Since being shared on Friday, the clip has amassed more than 9 lakh views on Twitter. 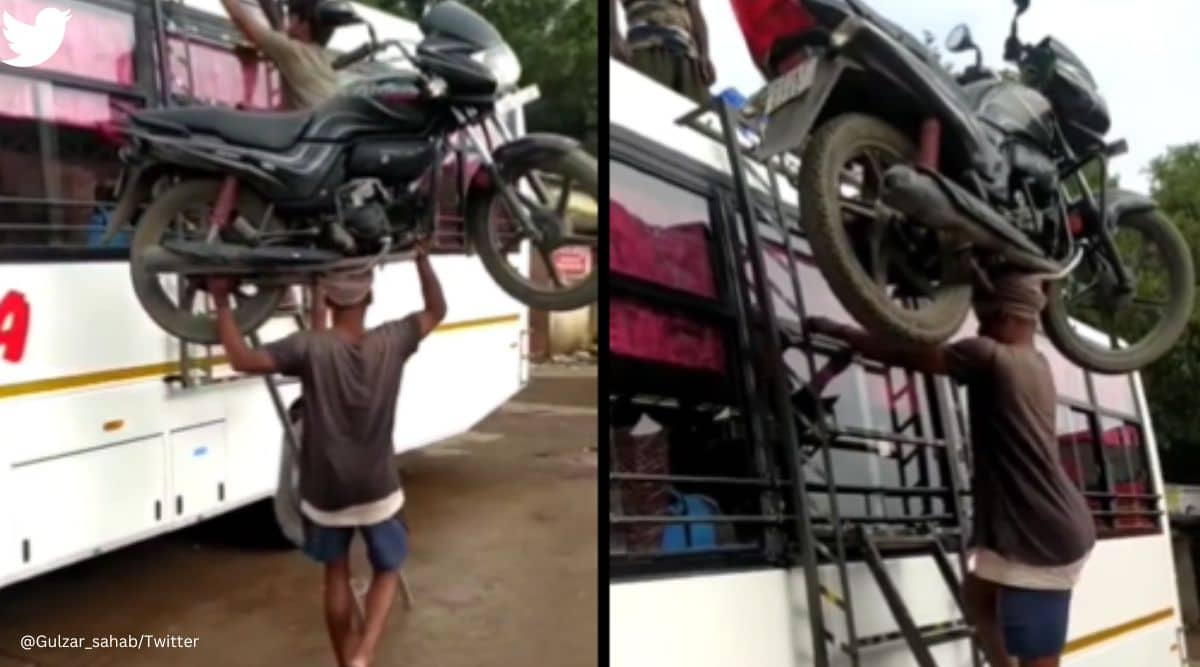 Unusual skills have never failed to impress netizens and videos of jaw-dropping stunts often go viral. This time, a young man has left internet users stunned as he was spotted balancing a motorbike on his head and taking it atop a bus.

The clip, shared by Twitter user Gulzar Sahab, shows a man walking in a bus station with a motorbike balanced casually on his head. He is initially seen supporting the upright vehicle with his hand. The man then reaches a small ladder placed next to a bus and leaves everyone stunned as he climbs the ladder using both hands even as the vehicle remains in what appears to be a delicate balance on his head.

As he reaches the top of the bus, other men standing there grab the two-wheeler and place it atop the bus. The camera pans to show people gathered there watching the man’s ‘stunt’ in awe.

The clip was captioned, “They are really super human.” Since being shared on Friday, it has amassed more than 9 lakh views on Twitter. Internet users were left amazed by the man’s strength and muscle power.

“Even captain America would be not do like this,” a third user commented.

In September this year, a man earned praise online as he hauled a tray carrying more than a dozen dishes over his shoulder. Effortlessly pulling off the task, he even picked up a foldable chair with his other hand while on the way to serve customers at the restaurant.