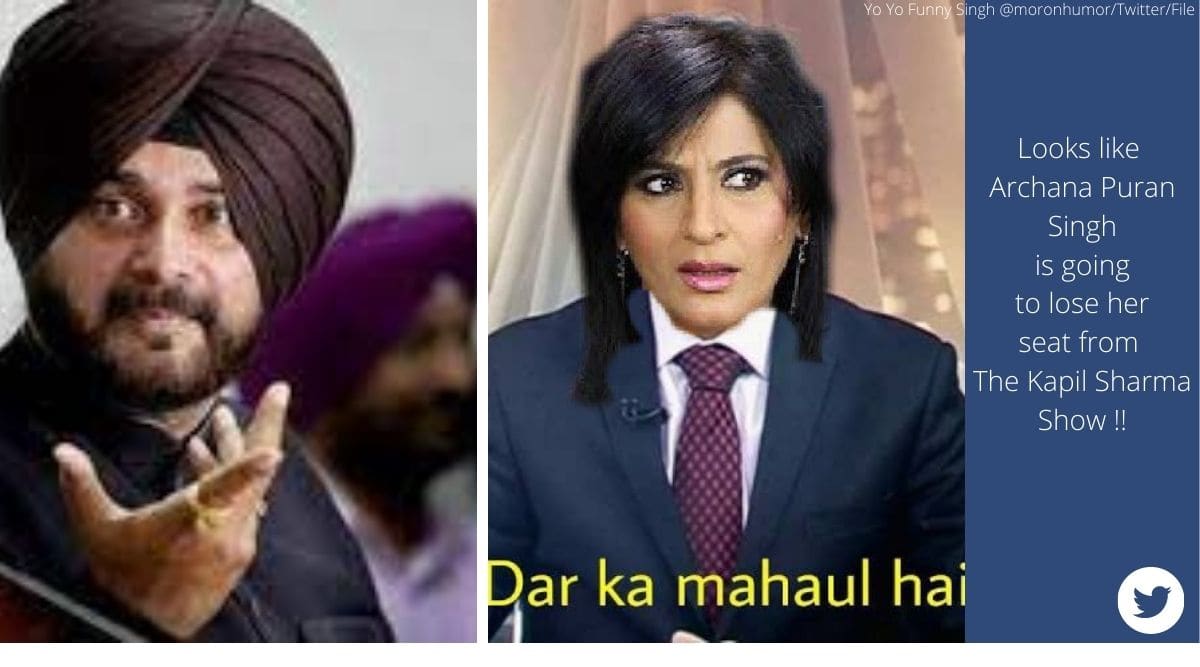 Sidhu's defeat has left many joking that he will return to The Kapil Sharma show.

After Sidhu’s full-time political plunge, Archana had replaced him as the judge of the show in 2017. So, Sidhu’s defeat has left many joking that he will return to The Kapil Sharma show. Twitter users joked that Archana’s job is in crisis and she is the saddest person over the cricketer-turned politician’s defeat.

Archana puran singh trying to save her seat after Sidhu election loss pic.twitter.com/zmEsuE1fdm

Looks like Archana Puran Singh is going to lose her seat from The Kapil Sharma Show !! pic.twitter.com/l91stNYoaI

Sidhu lost the Amritsar East seat by a margin of 6,750 votes, where Aam Aadmi Party’s Jeevanjot Kaur was declared the winner. The constituency witnessed a high-profile contest with Shiromani Akali Dal leader Bikram Singh Majithia in the race too.

Last year, Sidhu’s resignation as Punjab Congress chief had triggered a meme fest online. Archana herself had shared a selection of memes that implied she was ‘more worried than Congress’ at the moment, calling it ‘kissa kursi ka’.