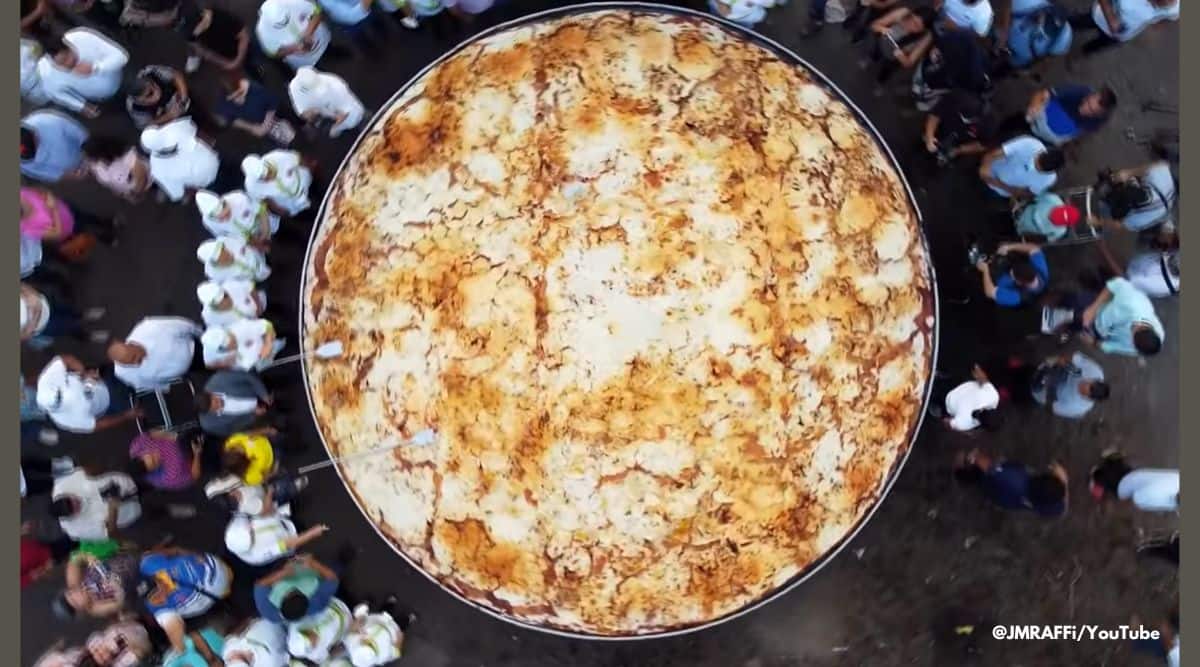 A group of 40 cooks in El Salvador have made history as they prepared the world’s largest pupusa, a stuffed flatbread filled with vegetables, cheese or meat.

Considered the national dish of the Central American country, it is enjoyed with salsa (a spicy tomato sauce) or curtido (a type of shredded salad made of carrots, red onion and apple cider vinegar).

The record-breaking pupusa weighed 500 pounds (approximately 226.7 kg) and was 18 ft wide in diameter. The dish was cooked in the small town of Olocuilta on November 13 to mark National Pupusa Day. It was served to the spectators who had come to see the cook-off.

Salvadorans have been celebrating National Pupusa Day on every second Sunday in November since 2005. With the 18-ft pupusa, the locals broke their own record of making a 14-feet-and-9-inch-wide pupusa in 2015.

According to News Citadel, pupusa was invented by indigenous Salvadoran tribes close to 2,000 years ago. The dish reached different countries after the tribes migrated around the South American continent. Now there are many regional variants of pupusa. It also closely resembles a Venezuelan and Colombian dish called arepa.

In August, chefs in Mexico created a similar record after assembling the world’s longest torta sandwich, which was 74 m (242.7 ft) long and weighed almost 800kg. What made this feat even more special was that the whole sandwich was made in just two minutes and nine seconds.