Gage's wish to fly soon became a reality after her son contacted a pilot, who agreed to take her over Lake Winnipesaukee and Mount Kearsarge 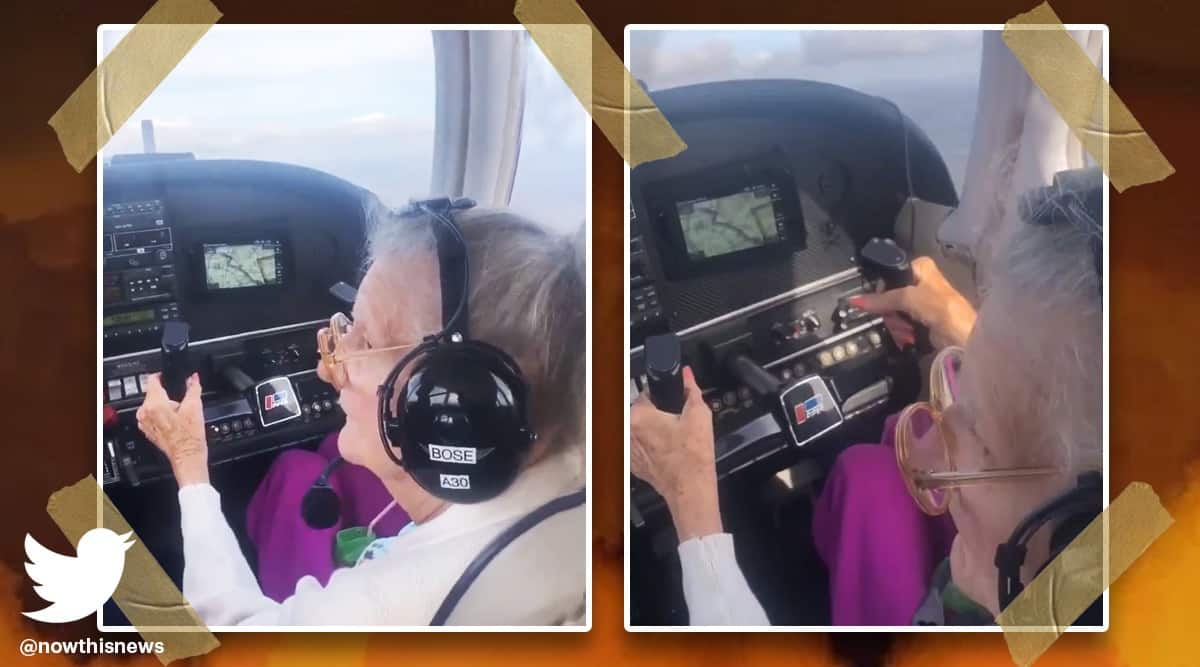 Several videos and pictures of Gage's were shared on Mattiello's Facebook page and have gone viral since.

When 84-year-old Myrta Gage was diagnosed with Parkinson’s Disease, she decided to do that one thing she absolutely loved – fly a plane.

Gage, who was a pilot in her youth, found herself in a familiar environment when she stepped inside the cockpit of a plane. In an interview with Fox News, her son Earl shared that his mother had been struggling with daily tasks and hence the family decided to help her curate a bucket list and accomplish it.

Among other things, Gage’s wish to fly soon became a reality after Earl contacted a pilot named Cody Mattiello, who agreed to take the two over Lake Winnipesaukee and Mount Kearsarge, the news website reported. In a bid to help a fellow aviator, once in the air, Mattiello handed over the plane’s control to Gage, the report added.

Several videos and pictures of Gage were shared on Mattiello’s Facebook page and have gone viral since. “I was asked a few days ago to help fulfil this amazing lady’s final wish’s (sic) to fly a plane again. She was a pilot in her youth and having Parkinson’s disease and being in her 90’s insurance requirements would not allow her to use a flight school.”

“Her son contacted me to help and I was more than happy to help a fellow aviator. Beautiful weather to fly down Lake Winnipesaukee and around Mount Kearsarge to see the fall colours. As a New Hampshire born pilot I feel lucky to be able to share my love of aviation and be a part of making memories like this for others,” he wrote in the post, which has garnered over 2,000 likes.

Many were left emotional after watching the clip and praised the woman’s spirit for flying again. “Once a pilot, forevermore a pilot,” wrote a user while another commented, “Despite her illness, she looked so confident and self-assured in her flying.”