The four lion cubs have been adopted by Minnesota-based Wildcat Sanctuary, an animal rescue shelter. 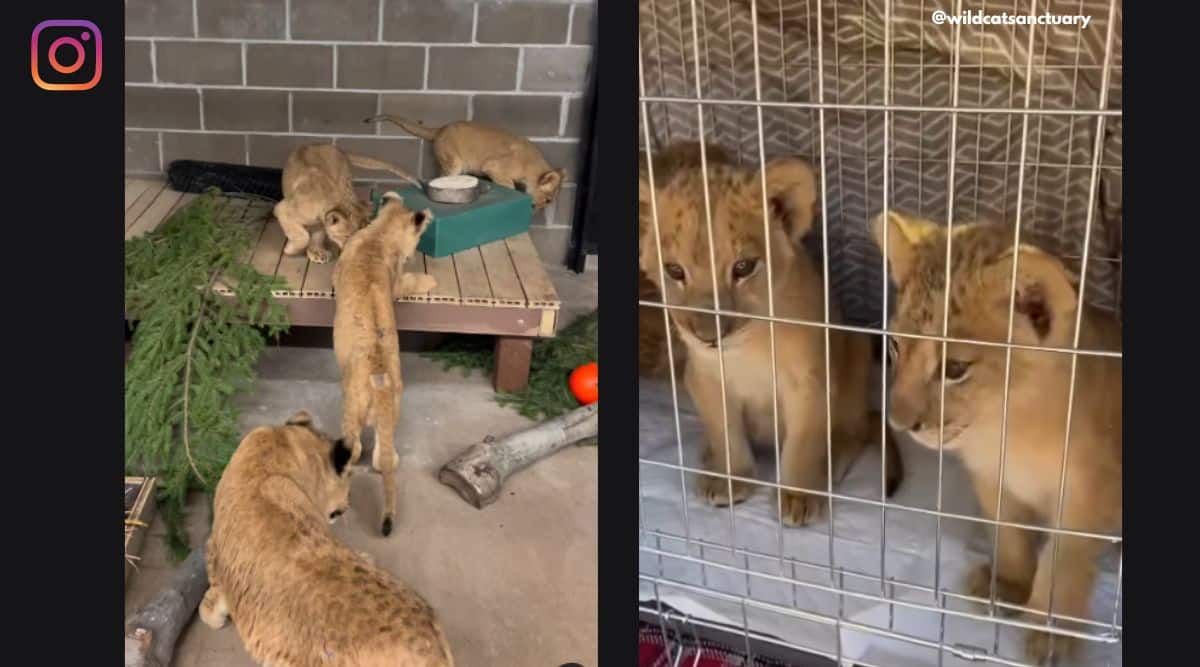 On Tuesday, four lion cubs that were orphaned in Ukraine finally found their forever home in an animal rescue sanctuary in the USA’s Minnesota.

Three cubs named Taras, Stefania, and Lesya were rescued from Odesa. While Prada was rescued from a breeder in the capital city of Kyiv. All four cubs are aged between four and five months old. It is unclear what happened to their mother.

Thanks to the efforts of organisations Wildcat Sanctuary and the International Fund for Animal Welfare, these animals were first shifted to Poland where they spent three weeks at the Poznan Zoo. Later, they were flown to the USA after much fundraising and getting government clearances.

Meredith Whitney, the rescue programme manager, said in a conversation with ABC News, “These cubs have endured more in their short lives than any animal should. They were born at breeding facilities in Ukraine during the war and then orphaned at a few weeks old.”

The cubs were cared for by Dr Andrew Kushnir, an American veterinarian who stayed with the rescued animals throughout the war-torn journey from Ukraine to Poland. He has documented their perilous journey on his Instagram account.

After reaching the Wildcat Sanctuary in Sandstone, the cubs were assessed by a veterinarian and put in a warm place to rest. As per ABC News, the cubs’ special flight from Poland to the USA was partly funded by the New York-based Andrew Sabin Family Foundation.

On Wednesday, the Wildcat Sanctuary shared a video of the four cubs in a temporary indoor enclosure and wrote, “With the help of so many, the minute the permits came through, we were finally able to fly the four lion cubs from Poland to Minnesota, with the help of IFAW. They’re here today, safe at the sanctuary, and we’re ecstatic. I know you must be, too!”.

The caption also emphasised that while these cubs were lucky to be rescued many animals who are stuck in captivity or are victims of the exotic pet trade need rescuing.