Proskow, bureau chief for Global News, a Canadian media outlet was at the Dallas airport, when he, along with his fellow passengers was alerted about the veterans' homecoming after 52 years. The journalist then took to Twitter to detail on the "special arrival". 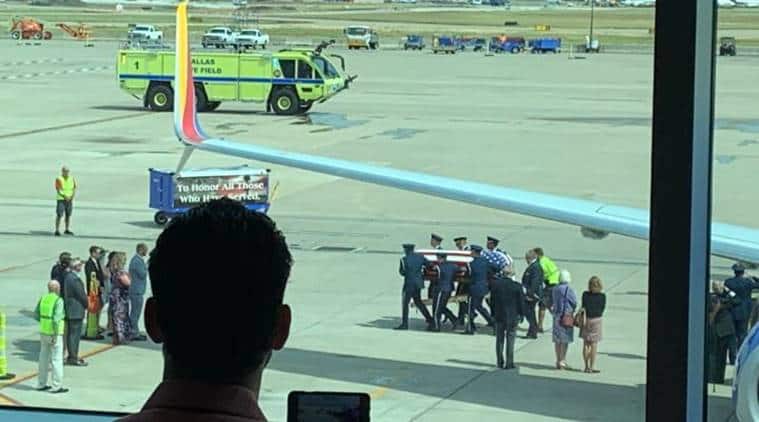 A Twitter thread chronicling the story of a pilot flying down the remains of his father, a war veteran, has gone viral on social media. The “final homecoming” of Col Roy Knight, who was killed after his plane was shot down during the Vietnam War in 1967, was shared by US journalist Jackson Proskow. The remains of Captain Knight were recently recovered and identified.

Proskow was in Dallas airport when an inbound flight caught the attention of nearly all passengers waiting to board. It was revealed that an aircraft, flown by Bryan Knight, was just about to land. “Today the pilot of the plane bringing Capt. Knight back to Dallas is his son,” Proskow tweeted. “The entire terminal has come to watch this arrival” tweeted Proskow.

“When he left from this very airport to fight in Vietnam his 5-year-old son came to the airfield and waved goodbye. It was the last time he would see his father alive,” the Global News journalist added.

On reading this moving incident of the “special arrival”, many users took to Twitter to honour the veteran. Here are some reactions:

Wow, God Blessed his son. Only a miracle from God would allow this to happen. What a blessing to be able to honor your father this way. My heart is overwhelmed for his son. ❤️🙏🏻

Oh goodness, so, so touching .Just incredible the way everyone there at the airport took the time to pause and honor a hero, and a son’s father… the family’s hearts had to be bursting with gratitude to see so many honor his memory

I’m at the airport in Dallas, waiting for my flight home to DC from El Paso, and something incredible is happening.

I’m sorry you did not get a hero’s welcome. Thank you so much for your service.

No matter what kind of war he died in, this man served his country. He put his body between us and what he was told was our enemy, he gave his life serving his nation, and for that above all else he is deserving of ALL the respect.
He did HIS job.
Choosing better battles is OURS!

THIS IS WHY WE STAND🇺🇸❤️🙏

Thank you for your service and your sacrifice 🇺🇸

Its NOT about patriotism.
It’s about RESPECT for those who gave their lives for our country even if it wasn’t their choice.
Vietnam was a messed up war that shouldn’t have happened.
But that doesn’t diminish the sacrifice made by our soldiers.
Abhor the war but honor the dead.

THIS is America. Never let anyone tell us anything different. ❤

Proskow, the bureau chief for Canadian media agency Global News, shared pictures of the flight being welcomed with a sombre water salute as the ground crew stood in formation. The casket, draped in the US flag, was carried out and received by the family. 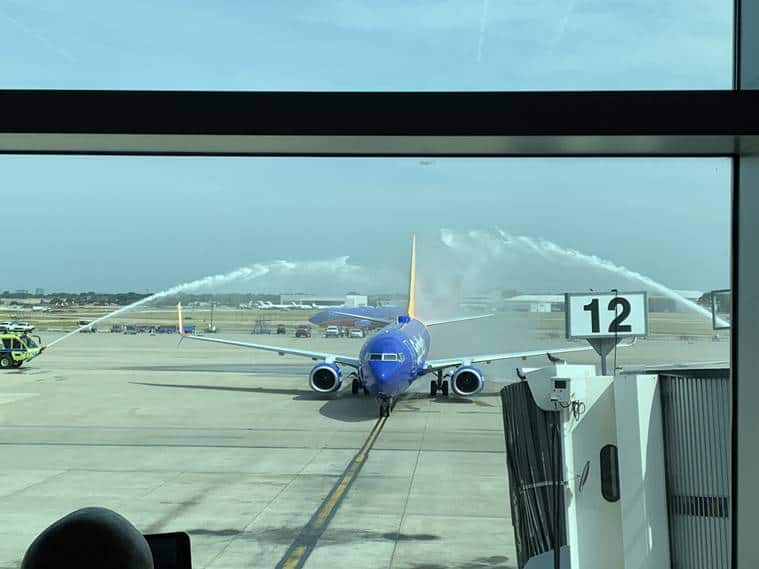 His remains were received with a water salute.

According to the Twitter thread, the airport stood in standstill throughout, catching hold of the rare moment. “Incredible moment to watch. The entire airport fell silent,” Proskow said.