The clip was originally shared on Instagram by 3D artist Gaspar and digital creator Benja Marambio. 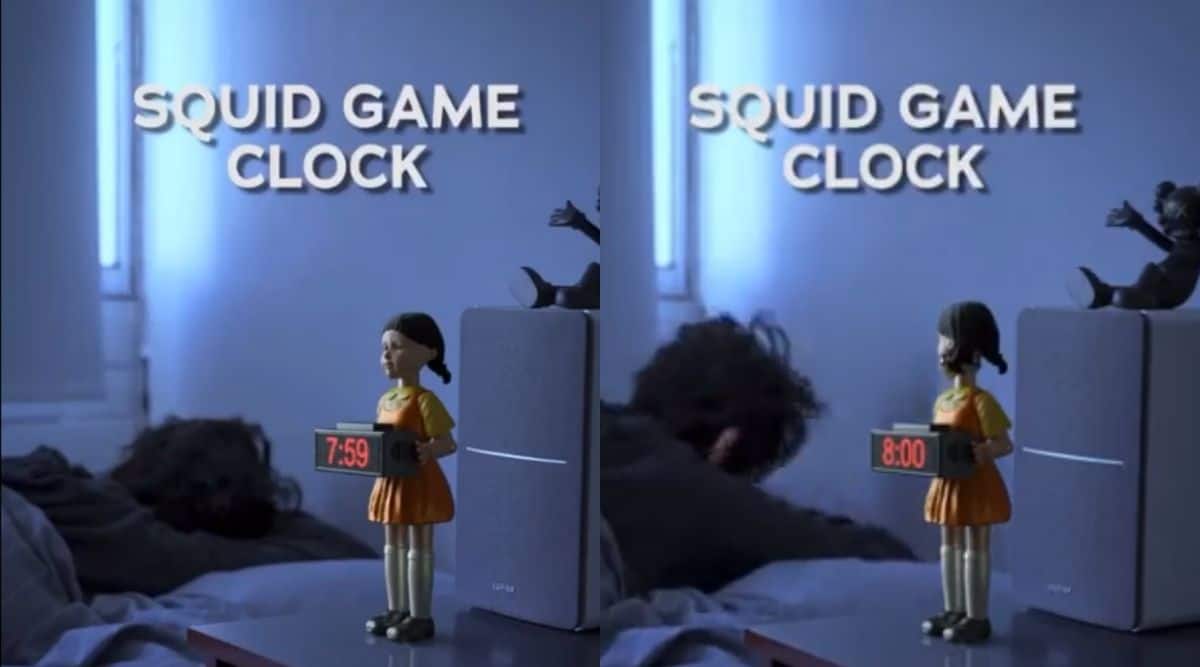 "The Squid Game Clock you all procrastinators need," read the caption of the viral tweet. (Source: @WUTangKids/Twitter)

‘Squid Game’, the South Korean drama series that features debt-ridden competitors playing a set of children’s games to survive and win a prize of KRW (South Korean won) 45.6 billion (approximately Rs 290 crore), has attracted viewers around the world to become among the most-watched shows on Netflix.

ALSO READ |From dodging potholes to dipping biscuit in chai, these desi ideas for ‘Indian Squid Game’ are hit

Since its release in September, the survival show has generated a lot of chatter on social media, with many, including desi netizens, constantly discussing the series directed by Hwang Dong-hyuk. And now, a recent clip featuring a ‘special alarm clock’ inspired by the show has gone viral, leaving many spooked.

ALSO READ |‘It squide nice’: Amul cartoon on popular Korean show gets a thumbs up online

“The Squid Game Clock y’all procrastinators need,” read the caption of the tweet shared with the clip. In the 14-second clip, a mini alarm clock doll is seen singing a spooky song. The moment the clock strikes 8 am, the mouth of the clock opens and shoots a dart arrow towards the sleeping person.

The clip was originally shared on Instagram by 3D artist Gaspar and digital creator Benja Marambio. “With this Squid Game watch 🦑 I never fall asleep,” wrote Marambio while sharing the clip.

Since being shared online, the video has been reshared by many, including former professional basketball player Rex Chapman, who wrote, “Welp, someone made a Squid Game clock and its nightmare fuel.”

Welp, someone made a Squid Game clock and it’s nightmare fuel… https://t.co/IzMbxfF912

Here, take a look at some of the many reactions to the viral clip:

Well this is straight up the scariest thing ever pic.twitter.com/KB9IRzQavc

I just love this so much. I can’t wait to find out what she is saying.

Vivian Dsena is back on television with Sirf Tum, Eisha Singh to play female lead