Large parts of Spain were blanketed under snow post storm Filomena. With more than half of the country on red alert, the citizens have been advised by authorities to avoid stepping outdoors. 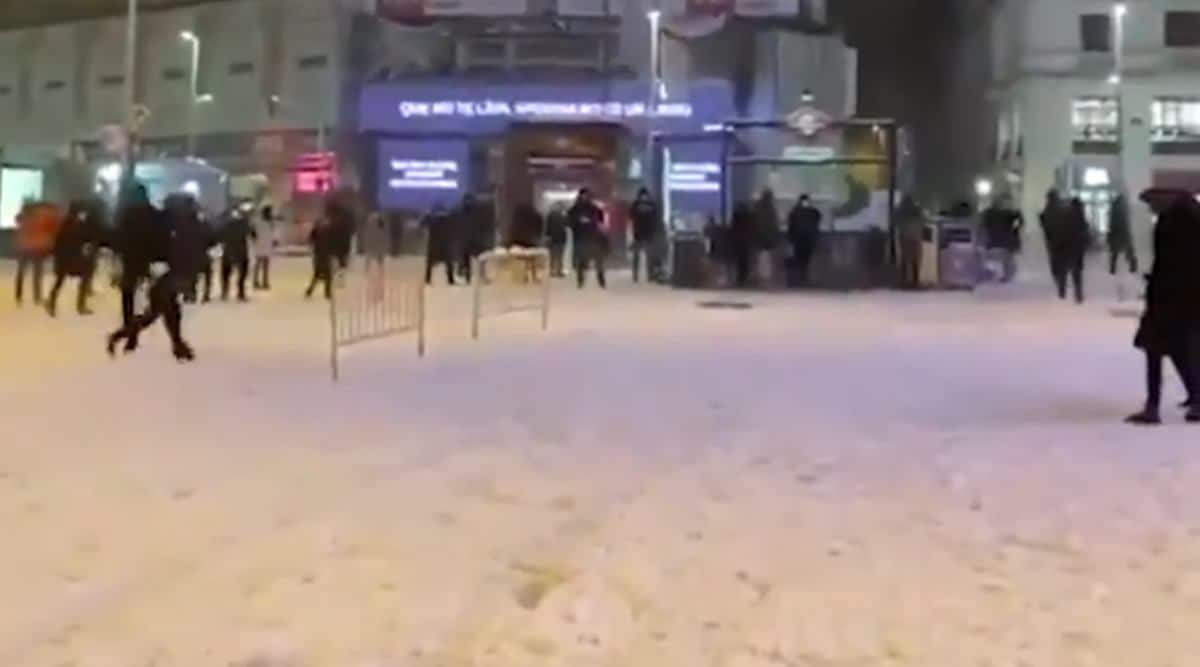 The snowball battle was soon stopped by the police (Source: ABC/Twitter)

A mass snowball fight broke out on a Madrid street after the Spain capital experienced most intense snowfall in 50 years.

In a video, which has now gone viral online, people at Plaza de Callao can be throwing snowballs at one another and even running along with the barricades installed on the street.

A crowd in the Plaza de Callao in Madrid took advantage of the record levels of snow brought on by a blizzard that blanketed large parts of Spain with a massive snowball fight. https://t.co/99YfBfbfVw pic.twitter.com/3OTlF6EEGy

However, the police soon intervened and broke up the ‘fight’, Spanish journalist David Vidueiro Jiménez said. The journalist also shared another video of a similar fight that broke out in another street ‘Gran Vía’.

Large parts of Spain were covered in a blanket of snow post storm Filomena. With more than half of the country on red alert, the citizens have been advised by authorities to avoid stepping outdoors and travel only when necessary. However, videos of the snowball fight triggered many reactions online.

Snow in Madrid. Who ever thought that would happen?

….and we loved every each of it! #Madrid is covered with snow! Puertas De Alcala! pic.twitter.com/BeqgkF0qKk

Omg this looks so fun snow balls and fighting fun 😄