The act filmed by a local reporter and security guard triggered debate on a law that lowered the punishments for non-violent crimes like shoplifting. 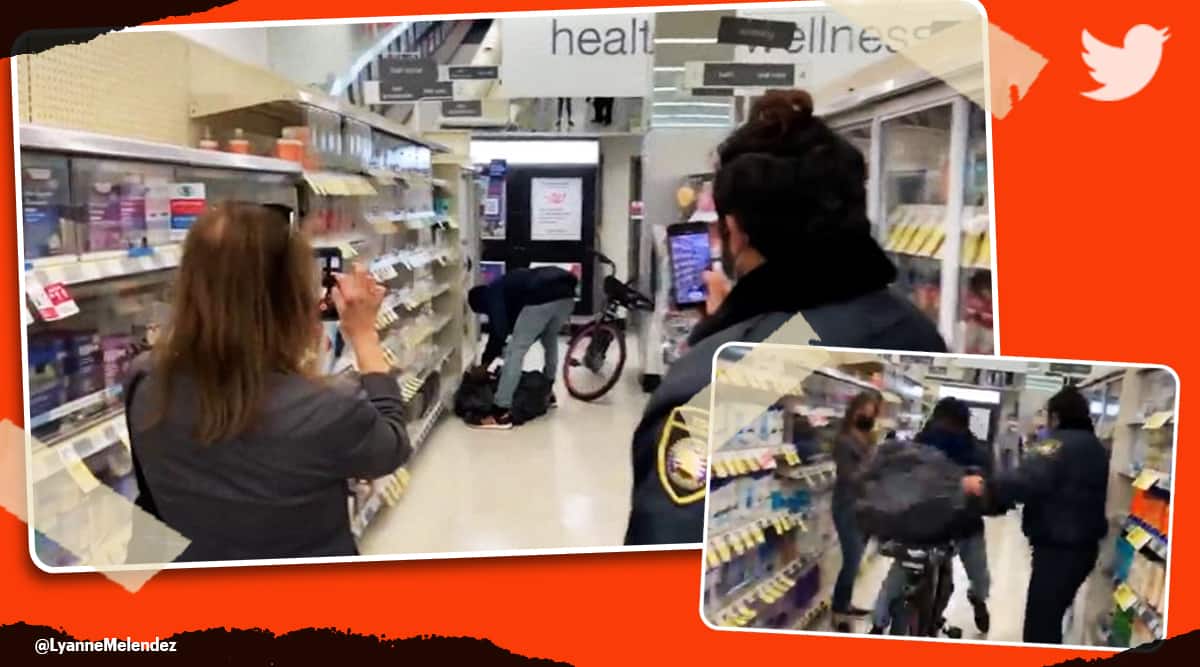 A journalist who was in the store at the time caught the shoplifting on her phone.

A brazen act of robbery at a San Francisco wellness store in broad daylight left netizens in a frenzy. The act caught on camera went viral and started a serious debate surrounding the city’s law, also highlighting a growing issue affecting many retailers in recent years in the United States.

In the shoplifting incident captured on video by a local reporter at a Walgreens store in San Francisco, a young man wearing a black hooded jacket and face covered with a blue bandana was seen taking items from a shelf and putting them into a black garbage bag. He was seen cycling his way out of the store while the reporter and a security guard kept filming him.

Although the security guard was seen trying to take away the bag, he allowed the robber to go out without any scuffle. The video created a huge buzz online amassing over 5.6 million views on Twitter.

This just happened at the @Walgreens on Gough & Fell Streets in San Francisco. #NoConsequences @chesaboudin pic.twitter.com/uSbnTQQk4J

“It’s hard for me as a journalist to say ‘I won’t be involved, I can’t get involved,’ I have to be sort of neutral, but this is also my city. I live in this city and I see this constantly. Not only Walgreens, but cars, and my garage door has been broken into twice,” Lyanne Melendez, KGO-TV reporter who shot the video, told ABC 7 News.

The incident triggered the debate over a city law called Proposition 47, a controversial 2014 referendum that lowered the penalty for stealing goods worth less than $950 from a felony to a misdemeanour, New York Post explained. However, the law has led to a consistent problem, particularly for drug-store chains in the city.

According to The Chronicle, the pharmaceutical’s chains in the city have seen shoplifting four times the average of that elsewhere in the country. Over the past five years alone, Walgreens has had to reportedly shutter 17 stores in San Francisco. The San Francisco police’s burglary unit is investigating the incident.

“Unfortunately, this is another example of blatant retail theft which is an ongoing problem for several retailers in San Francisco,” Walgreens spokesman Phil Caruso said in a statement to CNN.

The report added that San Francisco Board of Supervisors member Ahsha Safai held a hearing to discuss the city’s shoplifting problem, and retailers including Walgreens and CVS spoke up about the issue.

“People are scared to go into these stores: seniors, people with disabilities, children. And it’s just happening brazenly. We can’t just as a city throw up our hands and say this is OK,” Safai said at the hearing. He also commented on the video citing the same.

While some have criticised the security guard for not intervening, others have said they feel the situation was “handled correctly”, as often engaging with the suspect can be dangerous.

That’s LITERALLY what security guards are supposed to do, according to OSHA guidelines (and likely Walgreens guidelines as well).

You’re supposed to document what’s happening and notify law enforcement without confronting the person (as it could be dangerous.)

San Francisco Police Lt. Tracy McCray told Fox News that the rising cases with “no consequences” has become very common underlining staff are left “standing by helplessly because they can’t do anything.” Talking to the media outlet she said this is because criminals are not being prosecuted for “any crimes as a felony or commercial burglary.”

‘Regret the offense they have caused’: Zara on anti-Palestinian comments by head designer