The professor wanted to make the semester interesting while testing if any of his students carefully read the syllabus. 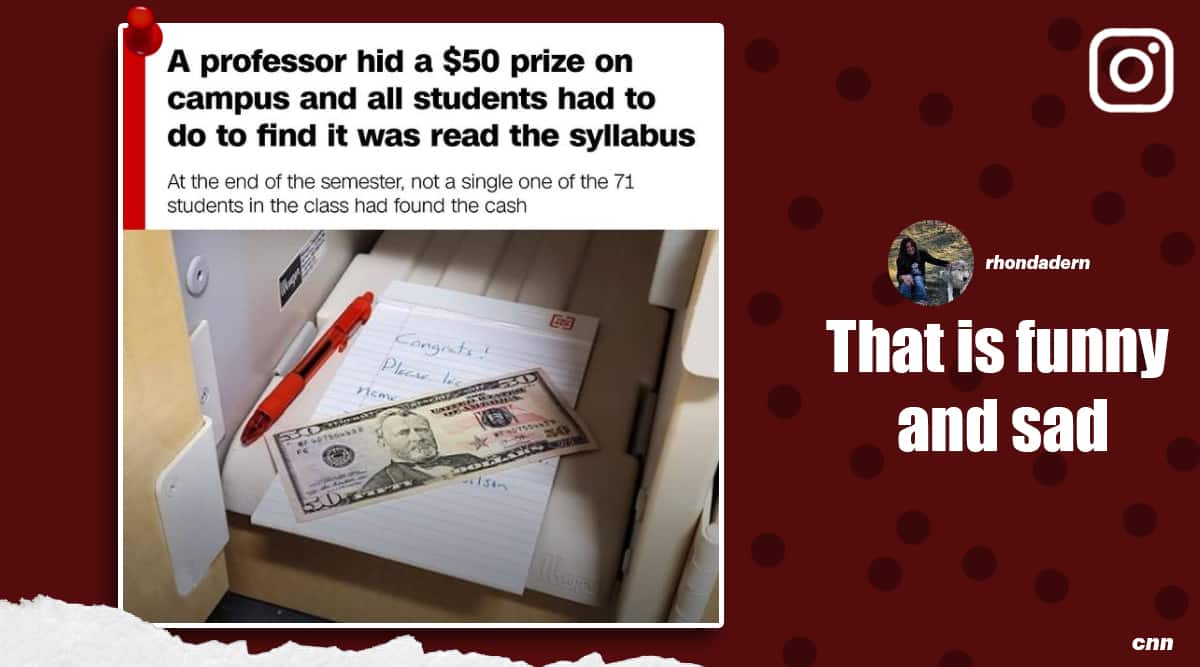 A music professor, Mr Kenyon Wilson, from the University of Tennessee wanted to spice up his course by sneaking a clue to the 50 dollar cash prize in the syllabus. (Source: Kenyon Wilson/ Facebook)

The pandemic has changed the way colleges and universities function. Owing to the strict restrictions, a lot of fun is lost in the classroom. A music professor, Mr Kenyon Wilson, from the University of Tennessee wanted to spice up his course by sneaking a clue to the 50-dollar cash prize in the syllabus.

The hint, which was written as a passage in his music seminar class syllabus, said, “Free to the first who claims; locker one hundred forty-seven; combination fifteen, twenty-five, thirty-five”. This referred to the locker number and passcode to the locker where the prize was hidden. The person who opened the locker was free to take the $50 note. There was also a note in the locker that said, “Congrats! Please leave your name and date so I know who found it.”

However, when the professor opened the locker at the end of the semester, he found that the prize lay unclaimed. This showed that none of his 70 students cracked the code. Speaking to the media, Professor Wilson said that he didn’t expect the students to carefully go through every word of the syllabus but still wanted to reward the student who did read it thoroughly.

His Facebook post mentioning this “experiment” has since gone viral with almost 2,000 shares. Not just his students and colleagues but people around the world have been amused by the incident. It will be interesting to see what he does in the next semester, after all, he is already asking, “What academic shenanigans should I try next?” in his Facebook post.