Incidentally, this isn't the first time Biden has referred to Harris as the president. In fact, it could be counted as the third! 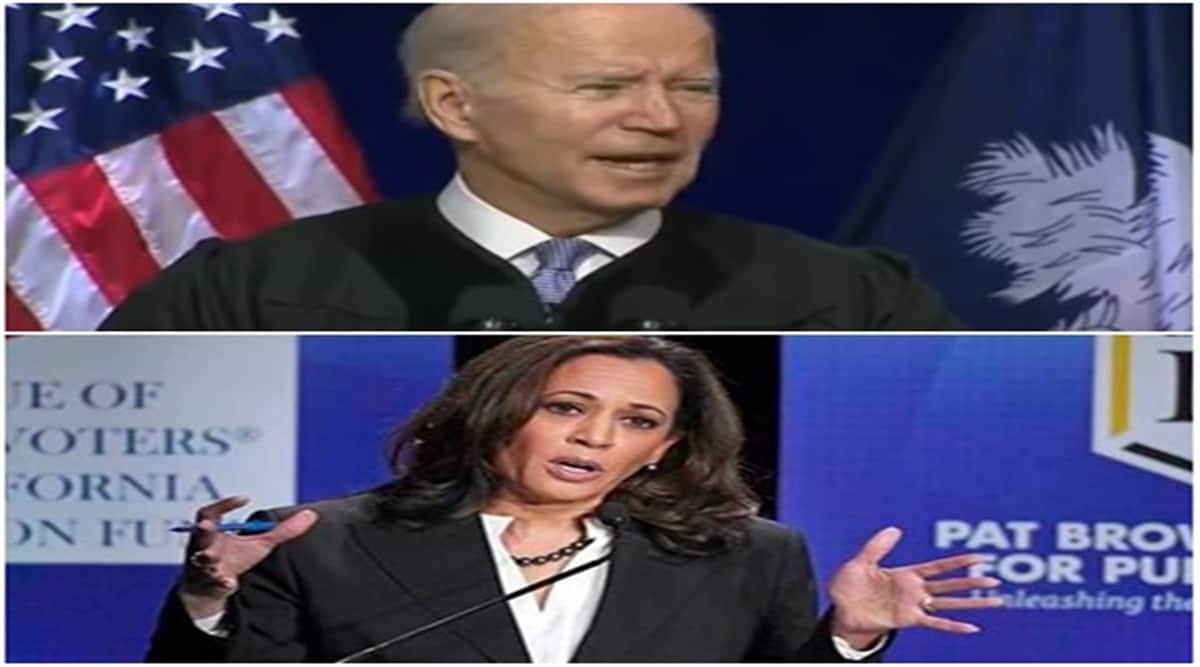 In a verbal gaffe, US President Joe Biden referred to Vice President Kamala Harris as “President Harris” while delivering a speech at South Carolina State University during its 2021 Fall commencement ceremony.

“… all kidding aside, of course, President Harris, who’s a proud Howard alum, she might have something to say about Delaware State,” the US President was heard saying. The video of Biden’s speech posted by Fox News has taken the internet by storm. “President Harris” has been trending on Twitter ever since the clip was shared. Watch:

Netizens had many responses to the video. Some internet users lauded Kamala Harris for her work, while others mocked Biden’s memory. Meanwhile, there were speculations as to whether it was a hint for the 2024 election.

Yep. And #TrumpIsALaughingStock told us to inject bleach into our bodies to eliminate the #COVID19. I’ll take #PresidentHarris. https://t.co/KQPESJcawn

“#PresidentHarris”…has an even more nightmarish ring to it than clueless #JoeBiden himself in uttering it 😳pic.twitter.com/tKDo9oXmdq

She will be President Harris, eventually. And I’m here for it! #PresidentHarris https://t.co/bdy9LbPMOE

She will be President Harris, eventually. And I’m here for it! #PresidentHarris https://t.co/bdy9LbPMOE

When nominee Barack Obama selected Joe Biden as his vice president, he introduced him in Springfield, IL as “President Biden.”

It wasn’t a mistake; it was foretelling. As is “President Harris.”#PresidentHarris pic.twitter.com/cqFYahB84v

Meanwhile, in the midst of talks about Biden’s gaffe, Harris’s heated conversation with media host Charlamagne Tha God has gained spotlight. In the clip, Charlamagne was heard asking, “I want to know who the real president of this country is — is it Joe Biden, or Joe Manchin?”

“No, no, no, no,” Harris asserted. “It’s Joe Biden, and don’t start talking like a Republican, about asking whether or not he’s president.”

“It’s Joe Biden, and I’m Vice President, and my name is Kamala Harris.”

Stop playing with her. pic.twitter.com/DHTriseHRX

Incidentally, this isn’t the first time Biden has referred to Harris as the president.

In March, while addressing people as the country celebrated nearing the 100 crore Covid vaccination milestone, Biden said, “Now when President Harris and I took a virtual tour of a vaccination centre in Arizona not long ago, one of the nurses on that, on that tour injecting people, giving vaccinations, said that each shot was like administering a dose of hope.” His mistake was later corrected by the White House in a press release.

Before that, Biden had referred to Harris as the president-elect in another slip of the tongue in December 2020. “I took it to instil public confidence in the vaccine. President-elect Harris took hers today for the same reason,” He had reportedly said.

How Ashley Biden’s diary made its way to Project Veritas