Gangnam Style is NOT the most watched video on YouTube; this is…

The song that has replaced Gangnam Style as the most watched video on YouTube has been watched 2.9 billion times on YouTube and featured in the seventh instalment of Fast and Furious. It is a fitting tribute to actor Paul Walker, who passed away in a tragic car accident. 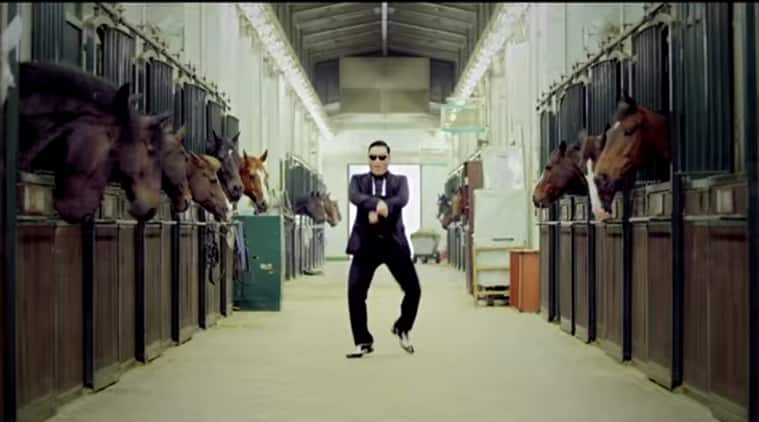 Gangnam Style held the record for being the most watched video for five long years. (Source: officialpsy/YouTube)

The Internet loves what it loves and makes no bones in showing it. Almost every other day one song or the other makes news for going viral, and soon enough different covers and mash ups of the song follow. But if there is one song that really, really stuck with people on social media then it had be Psy’s ‘Gangnam Style’. The South Korean mega hit held the record for being the most viewed video on YouTube for five straight years, but now the song has finally been dethroned from its position, and Wiz Khalifa’s video, “See You Again” featuring singer Charlie Puth is responsible.

Till early Tuesday as per US time, Gangnam Style had 2.895 billion views on YouTube while See You Again hit nearly 2.9 billion views, and at present it is inching closer to three million. The song, See You Again, featured in the seventh instalment of the 2015 action movie Fast and Furious, and was a tribute to actor Paul Walker. The video is extremely moving and shows glimpses of the actor from the entire series. The actor who was an integral part of the series passed away in a car accident on November 30, 2013, and the video is a fitting tribute to him.

The singers are evidently thrilled, and are extremely grateful for all the love. “I’m super excited and grateful to everyone who supported the song and video on YouTube, and happy to inspire and impact so many lives,” CNN quoted rapper Khalifa saying this in a statement.

“I remember when I signed up for YouTube in 2007 and had hopes of uploading a video and it reaching 10,000 views,” Puth said. “Now a decade later, it feels incredible to be a part of the most-viewed video on YouTube.”

In 2012, Psy’s Gangnam Style had toppled the music video of Justin Bieber’s Baby to be hailed as the most watched video on YouTube.