Typically, humpback whales are seen migrating in pods of two to three, or even up to five. A group of this size is extremely rare. 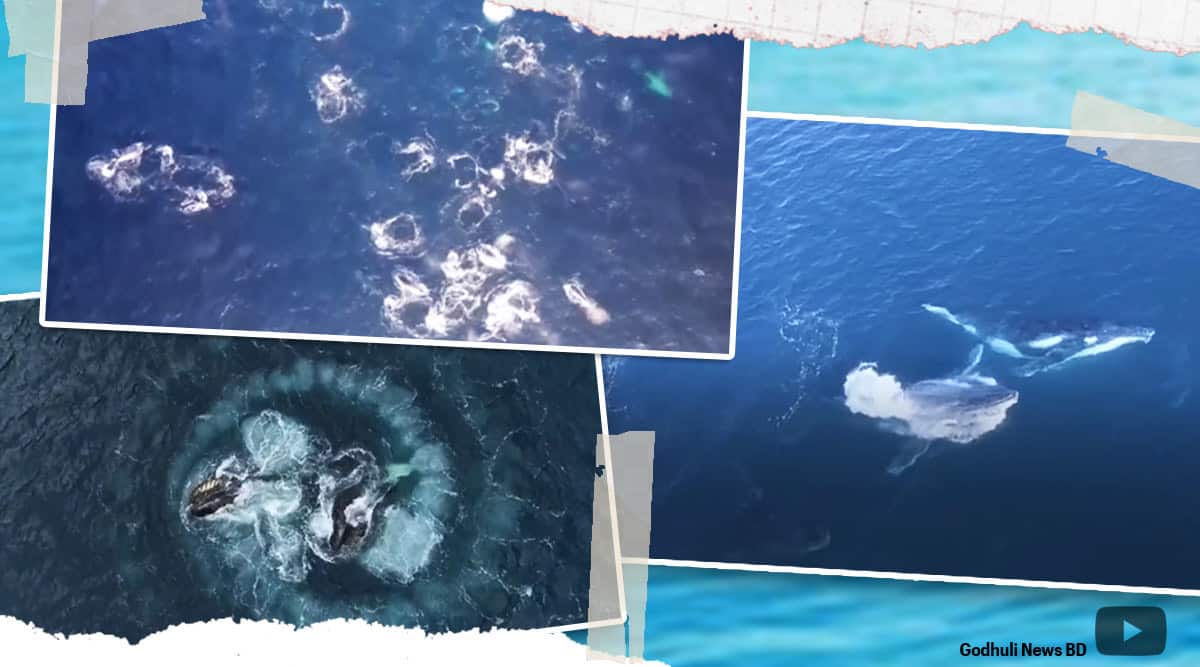 Humpback whales feed on the coast off Antarctica and then migrate to North Australia to breed in the winter.

A video of a huge group of humpback whales has been captured on video for what seems to be the very first time. Sighted in Australian waters in 2020, this mass super-group feeding event, where a pod of about 33 whales showcased a unique ‘bubble-net’ feeding behaviour, was shot by a drone pilot.

According to a BBC report, Humpback whales feed on the coast of Antarctica during the summer months and migrate to North Australia to breed in the winter. This cluster was captured off the Sapphire Coast in the southern New South Wales when they were going back to Antarctica. It was the ‘unbelievable’ occurrence that induced scientists to investigate, the report added.

Typically, humpback whales are seen migrating in pods of two to three, or even up to five. A group of this size is extremely rare. Previously, a ‘super-group’ was spotted once in the Southern Hemisphere—in South African waters, the website reported.

“When I first saw the drone footage of these whales popping up in the same shot, I was overwhelmed,” Vanessa Pirotta, wildlife scientist, told the news website. “It was just unbelievable… The pod is bubbling. There are whales coming up, turning on the side, taking breaths. It is a big mash of whales.”

In the clip, which has now gone viral on social media, the whales were seen exhibiting bubble-net feeding behaviour, which is a pattern where whales blow a net of bubbles around their prey to trap the creature. Usually witnessed in the northern hemisphere, scientists are not yet sure how this behaviour arose here.

Experts speculated that the rise in the whale numbers may be due to conservation efforts, triggering the mass feeding event, the report added.