Japanese Kane Tanaka, the oldest person in the world, passes away at 119

Kane Tanaka was from Japan’s Fukuoka city and was born on January 2, 1903. 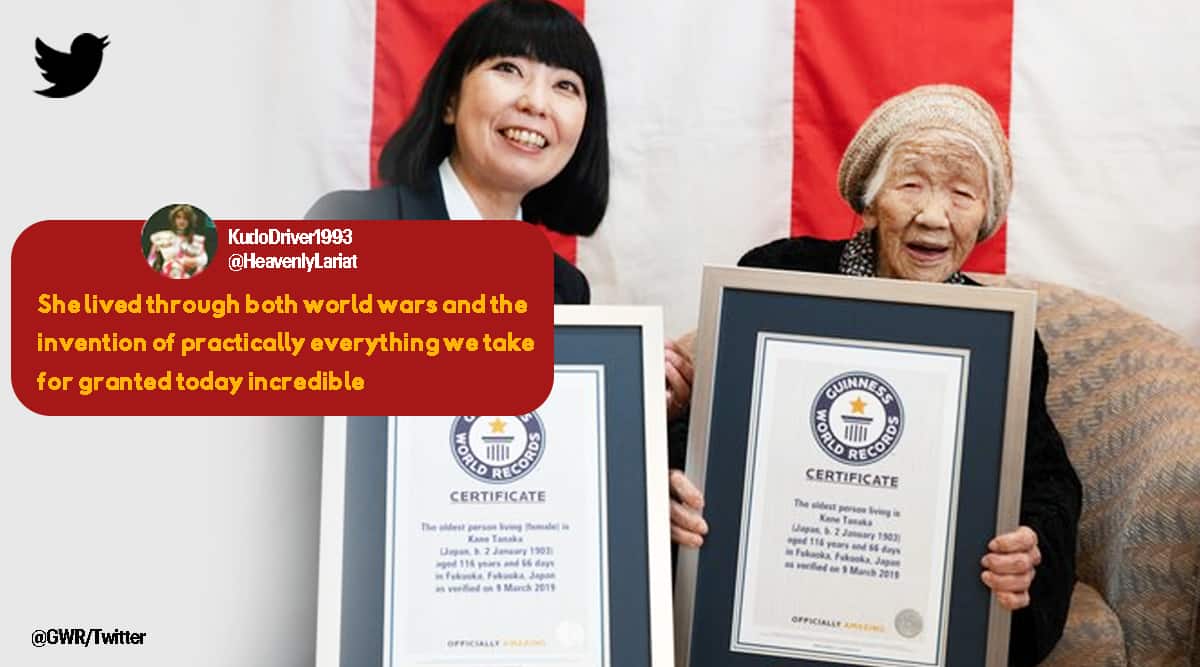 With Tanaka’s passing, the title of the ‘oldest living person’ went to Lucile Randon, who is known as Sister Andre.

Tanaka died on April 19, 2022, at a local hospital after a period of frequent hospitalisations in Fukuoka city in the prefecture of the same name.

On April 13, 2022, her family tweeted that Tanaka had recently been “hospitalized and discharged repeatedly”. They also added that despite her declining health she was in good spirits and had an appetite for cola and chocolate.

Born on January 2, 1903, she was the seventh child born to Kumakichi and Kuma Ota. In her last years, she had been living at a rest house in Fukuoka. She was recognised as the ‘oldest living person’ by the Guinness World Records in 2019.

We had the honour of meeting Kane Tanaka and awarding her the certificate for being the oldest living person back in 2019 🥰️ pic.twitter.com/VHhV716jqu

She was to participate as one of the torchbearers during the 2020 Tokyo Olympics Torch Relay but could not as there was a risk of her contracting Covid-19.

With Tanaka’s passing, the title of the oldest living person went to Lucile Randon, who is also known as Sister Andre. Sister Andre, who is 118 years old, is a French citizen and also the oldest survivor of Covid-19.

Sister André, born 11 February 1904 as Lucile Randon, is the oldest living person as well as the world’s oldest nun and the oldest person to survive COVID-19 🙏 pic.twitter.com/3HisPI4saO

This year on January 18, the oldest man in the world, Saturnino de la Fuente García,  passed away at his home in León, Spain. He was 112 years old.