The gray whales migrate to the Baja California peninsula from December to April. 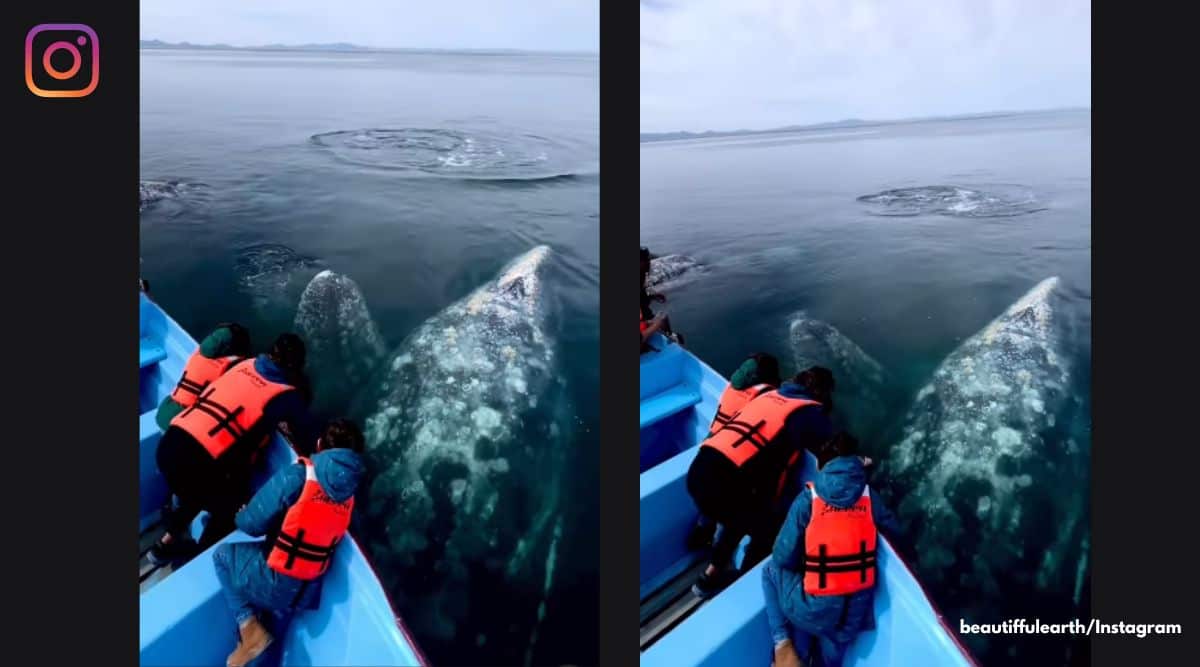 Recently, a group in Mexico’s Baja California were graced with a view of their life when they saw massive gray whales hovering close to their boats. The stunning visuals of these marine creatures coming close to the humans were captured in a now-viral video.

ALSO READ |Watch: How rescuers and volunteers raced to save 100 beached whales in Sri Lanka

The video was captioned, “Magical moments with the giant gray whales of #BajaCalifornia in #Mexico! Tag someone you love to experience this with? Credits: @nats.m.f & @jcperusquia”.

The short clip soon gathered over 50,000 likes. In the comments, people were either mesmerised by the whales or terrified by their proximity to the boat.

Echoing the former sentiment, a Twitter user wrote, “Honestly I would’ve passed out on that little boat it’s cute and all but NO lls maybe from a helicopter view”. However another person wrote, “They seem like such gentle giants. I could watch and listen to this all day!!! “.

The Oceanic Society, a non-profit organisation dedicated to conserving marine wildlife, says the gray whales occupy Baja California’s lagoons from December to early April as their breeding ground after they undertake their annual migration from the Arctic.

It also noted on its website the Baja California lagoons are the only places where gray whales seek contact with humans by “approaching and rubbing against boats and loitering at or just below the surface while accepting rubs and pats from obliging travelers.”