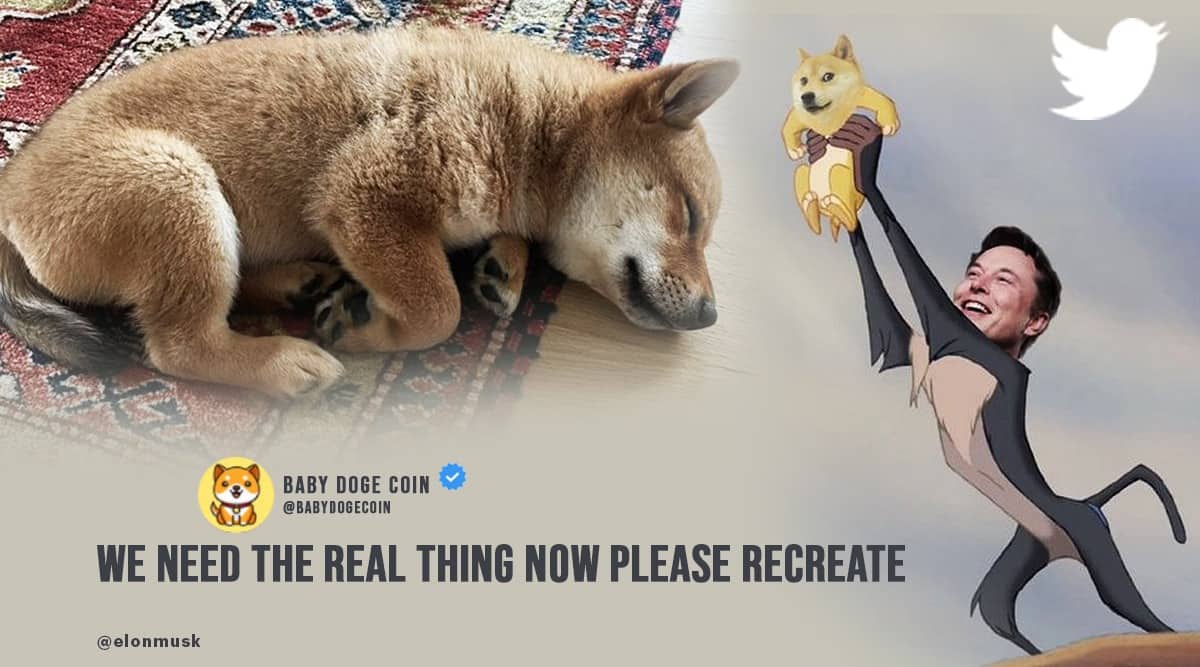 The post left many wondering whether this was Musk's way of showing support to "Dogecoin".

SpaceX and Tesla CEO Elon Musk has yet again set the internet on fire with his latest tweet, featuring his new pet “Floki”. Musk, who often tweets about cryptocurrency ‘Dogecoin’, posted a picture of his dog, who is the same breed as that used for the popular internet meme “Doge”.

“Floki has arrived,” wrote Musk while sharing the image that instantly went viral online. The picture featured his new Shiba Inu puppy sleeping on the floor.

Back in 2013, Billy Markus and Jackson Palmer, the creators of cryptocurrency “Dogecoin”, made the payment system as a joke amid the wild speculation surrounding cryptocurrencies at that time. However, many considered it a legitimate investment prospect. The logo of the cryptocurrency features the symbol ‘D’ along with the face of the Shiba Inu dog.

Once shared online, it did not take time for the tweet to go viral, with many reacting to the dog’s picture. Many, including the official account of ‘Dogecoin’, retweeted the post along with a caption that read, “Mr musk sir I just want to let you know that your doge is shaped somewhat like a small bean. Thank you. That is all”

mr musk sir i just want to let u know that ur doge is shaped somewhat like a smol bean thank u that is all https://t.co/wWYfZnPUiC

The post also left many wondering whether this was Musk’s way of showing support to “Dogecoin”. However, some also used the opportunity to come up with hilarious memes. Here, take a look at some of the many reactions to the viral post.

Actually, take a pic holding him like this! The world *needs* it haha pic.twitter.com/KhhPFlrHnd

can u pls tell him I said hi pic.twitter.com/XFe0nAFJ7b

Do they know he can drive a Tesla, Elon? pic.twitter.com/S34VEshCSg

this is for you #elonmusk from our community, warm greetings to you pic.twitter.com/ZGwiuCsVKq

hey elon you know akita dogs are so much cuter pic.twitter.com/EmdfmCmQUf