The Adidas boots, white and golden in colour, carry the names of Messi’s children along with their dates of birth. 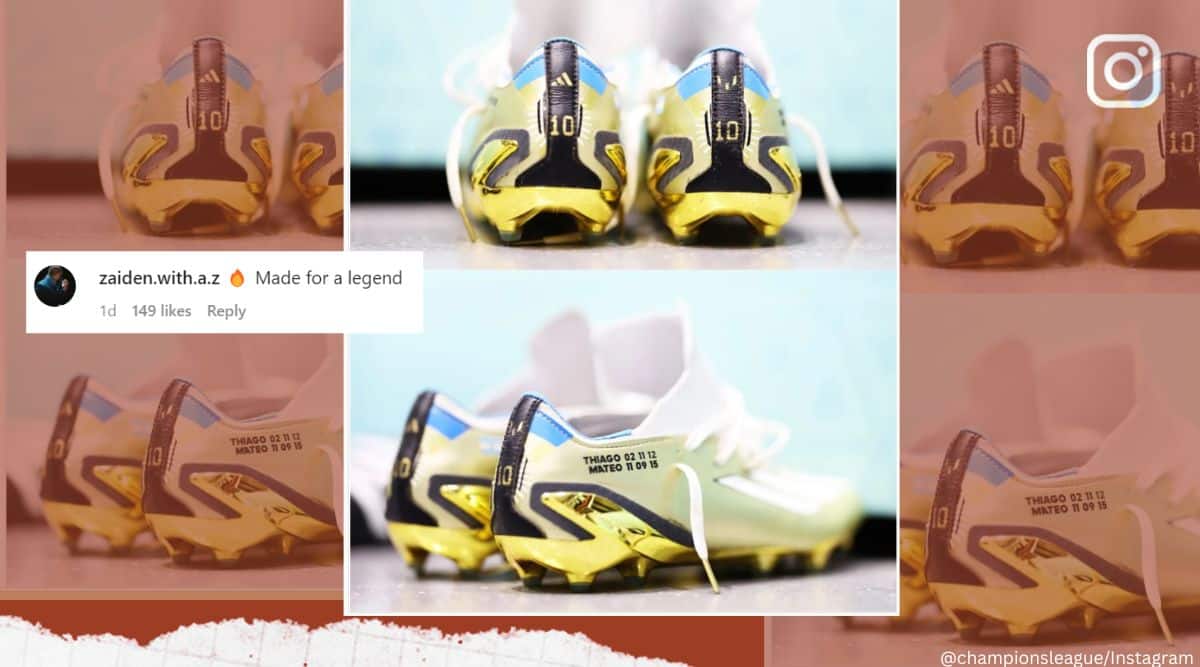 The Adidas boots, white and golden in colour, carry the names of Messi’s children.

Lionel Messi is inarguably one of the best players to have ever kicked a ball. The Argentine maestro is possibly playing his last FIFA World Cup and it is his last chance to get his hands on the coveted trophy after he came ever so close in 2014 before losing the final to Germany.

This year, Argentina didn’t have a good start to the tournament as they were shocked by Saudi Arabia 2-1 in their opening match before bouncing back against Mexico 2-0. Messi opened the scoring against Mexico and scored the penalty in the loss to Saudi Arabia. Keeping Argentinian hopes alive, Messi rescued his nation and created moments of magic from nothing. It seems everything that he touches, turns to gold. A photo of the boots being worn by Messi at the World Cup in Qatar is going viral and it encapsulates the things close to his heart.

The Adidas boots, white and golden in colour, carry the names of Messi’s children. He has three children named Thiago, Mateo and Ciro with his childhood sweetheart Antonela Roccuzzo. The boots also have the number 10, Messi’s number for the national team, embroidered at the back. The names of Thiago and Mateo along with their dates of birth are seen written on one side of a boot, a photo shared by the official UEFA Champions League page shows.

Posted Sunday, the photo has amassed more than 16 lakh likes so far. “Greatest of All-time,” commented a user. “Made for a legend,” said another.

Argentina will face Poland in their last group clash and are currently placed second in Group C. Poland are leading the group with four points while Argentina and Saudi Arabia have three points each. Mexico are at the bottom of the group with one point.