Dwayne Johnson also mentioned in the post that his family was evicted from Hawaii in 1987. He said the clerk at the store had always turned her head and never caught him stealing. 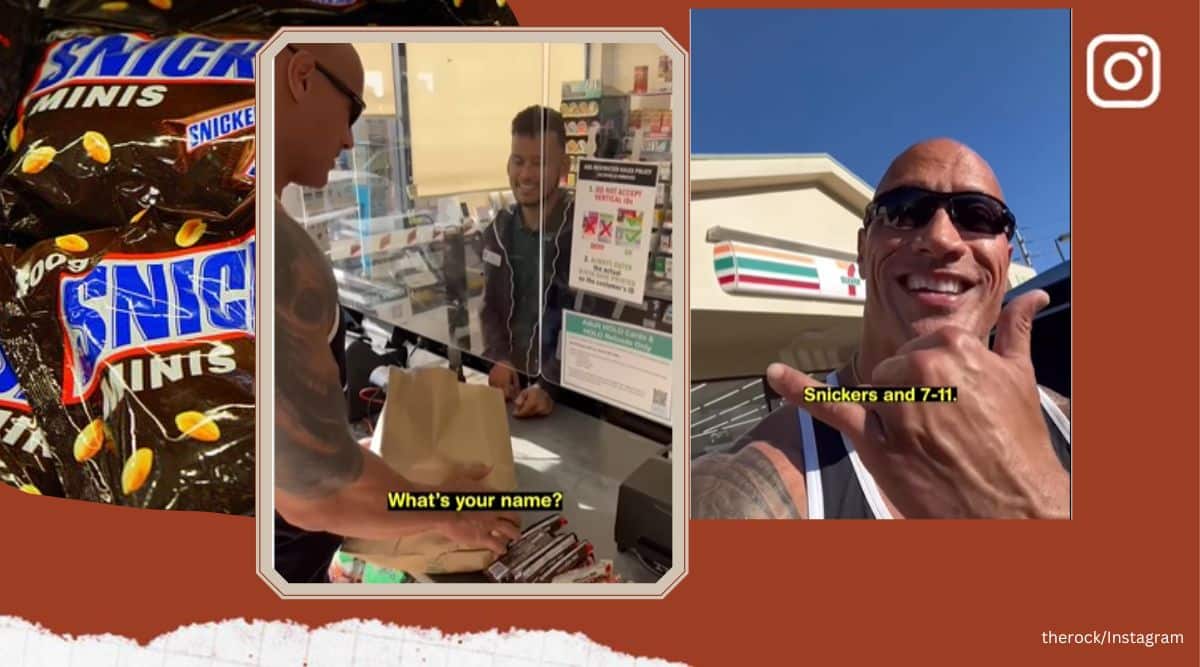 Taking to Instagram, the Jumanji actor shared the clip showing him entering the store leaving the customers surprised.

Hollywood actor Dwayne Johnson has gone back to the Hawaii store from where he said he used to steal a Snickers bar every day, bought a lot of the chocolate and offered them to the customers free of cost.

Known for his humble beginnings, the Black Adam actor shared on Instagram a clip showing him entering the store, leaving the customers surprised. He heads to the spot where Snickers is kept and takes a box of the chocolate.

Johnson is heard saying, “When I was 14 years old every day I used to stop here at this 7-11 and steal a king-sized Snickers bar because I couldn’t afford to buy one. That was my pre-workout food. I did that for almost a year every day. I had to come back and buy every Snickers bar on those shelves.”

He pays for the chocolate bars and asks the customers at the store what they have bought. The wrestler-turned-actor, whose ring name is The Rock, pays for their items also. “After decades of me wanting to come home back to 7-11 and try and make good that felt really, really good,” he says in the video. He also mentioned in the post that his family was evicted from Hawaii in 1987.

He said the clerk at the store had always turned her head and never caught him stealing.

The actor’s gesture won hearts online. An Instagram user commented, “What an awesome gesture.” Another user wrote, “That’s what it’s about! Fixing the things we might have broke! Legendary stories!” A third user commented, “MrBeast really had an influence you huh!”

During the promotion of Black Adam in October, Johnson melted hearts online as he stood on the stage holding a baby in his arms. A fan went to the extent of passing his baby through strangers and finally to The Rock. The actor, who often receives gifts from fans, was delighted at the sight of the little girl and showed her to the crowd.

PlayStation Win-A-Thon tournament launched on PS5: Here’s how to participate