The hippo named Fritz was born in the United States' Cincinnati Zoo on August 3, 2022. 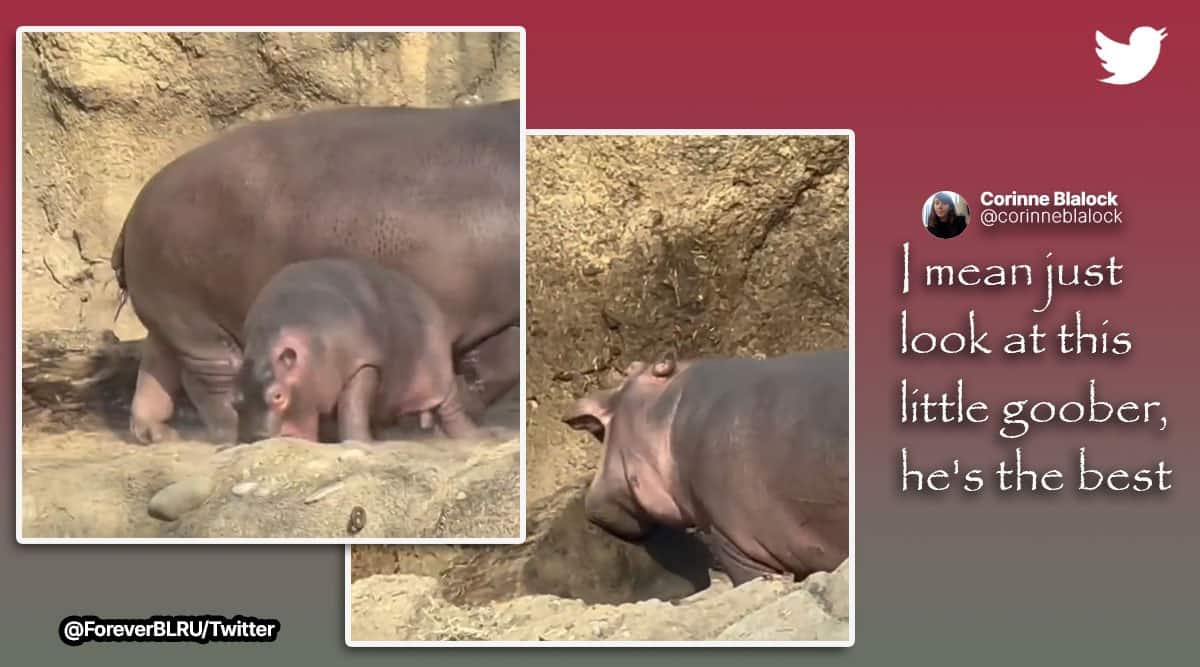 Fritz is still being nursed by its mother as hippo calves take between eight months to one year before they are weaned off their mother’s milk.
Listen to this article
Watch: Netizens want to cuddle this 181kg baby hippo
x
00:00
1x 1.5x 1.8x

Hippos, despite being the second largest land animal and having a dangerous disposition in the wild, seem to enchant people with their cuddly looks. Now a video of a baby hippo is going viral.

The video, tweeted by the Cincinnati Zoo in the US, features a five-month-old hippo baby named Fritz. As per the zoo’s website, the hippo was born on August 3, 2022. It was named Fritz after 56 per cent of voters preferred it in an online voting process. At the age of five months, it weighs approximately 181 kg.

The 22-second clip shows Fritz enthusiastically running within its enclosure. At one point it tries to pick a rock in its large mouth. The Cincinnati Zoo tweeted, “We never get tired of watching Fritz and his silly personality! #MondayMotivation”.

We never get tired of watching Fritz and his silly personality! #MondayMotivation pic.twitter.com/CYrT3v7Arp

This video has so far gathered over 22,000 likes since it was posted on Monday. Commenting on the video, a Twitter user wrote, “I always forget that he is over 400 pounds because he is so similar to my 13-pound puppy in how he acts. My brain thinks Fritz must be smaller than me. 😂 ”. Another user said, “Fritz brightens up my days!!! I send his vids to my children so they wake up to something positive. It works every time ♥️ You need to sell photos with hoof prints – I’d love one!”.

Fritz is still being nursed by its mother as hippo calves take between eight months to one year before they are weaned off their mother’s milk.