Zhu Yue managed to build the lifesize replica of an Airbus A320 - with a little help from his friends - over two years. He doesn't intend for it to ever fly though. 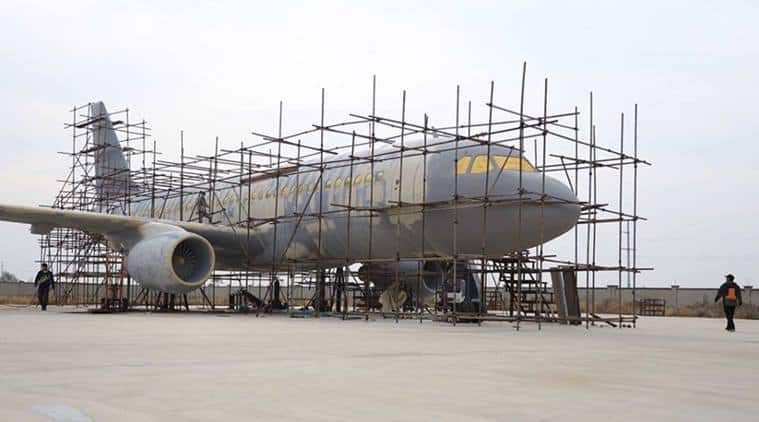 A Chinese farmer built his own model of an airplane after he realised he would never be able to fly an aircraft. Zhu Yue managed to build the lifesize replica of an Airbus A320 – with a little help from his friends – over two years. The plane is currently on the verge of being completed and sits on a pavement in the Liaoning city, says a report by Shanghaiist.

Zhu, who didn’t finish middle school, started out farming onions and garlic, before becoming a welder in a factory, the report added. With some help from five other aircraft enthusiasts, he managed to create the huge replica. However, he doesn’t have any plans to try and make it airworthy. Instead, Zhu says he has decided to turn it into a diner!

“The plane’s latest additions are a self-made cockpit outfitted with replica flight instruments and a stair car for getting aboard,” reported news agency AFP.

While an actual Airbus A320 has 156 seats, Zhu’s version has just 36 seats. But unlike the Airbus aircraft, his model has no economy class and only has ‘first class’ seats.

“We will put down a red carpet so every person who comes to eat will feel like a head of state,” Zhu told the news agency.

Although he’s not sure what will be on the menu yet, Zhu is pretty hopeful that his ambitious endeavour will draw crowds. He is open to serving anything from American fast food to traditional Chinese food, a People’s Daily of China report said.

The 39-year-old has invested his savings of over two million yuan ($287,000) to develop the model aircraft, the report added.