A photo of the former Brazilian legends Ronaldo, Roberto Carlos, Kaka and Cafu turned the internet nostalgic as the players were part of the 2002 World Cup winning squad. 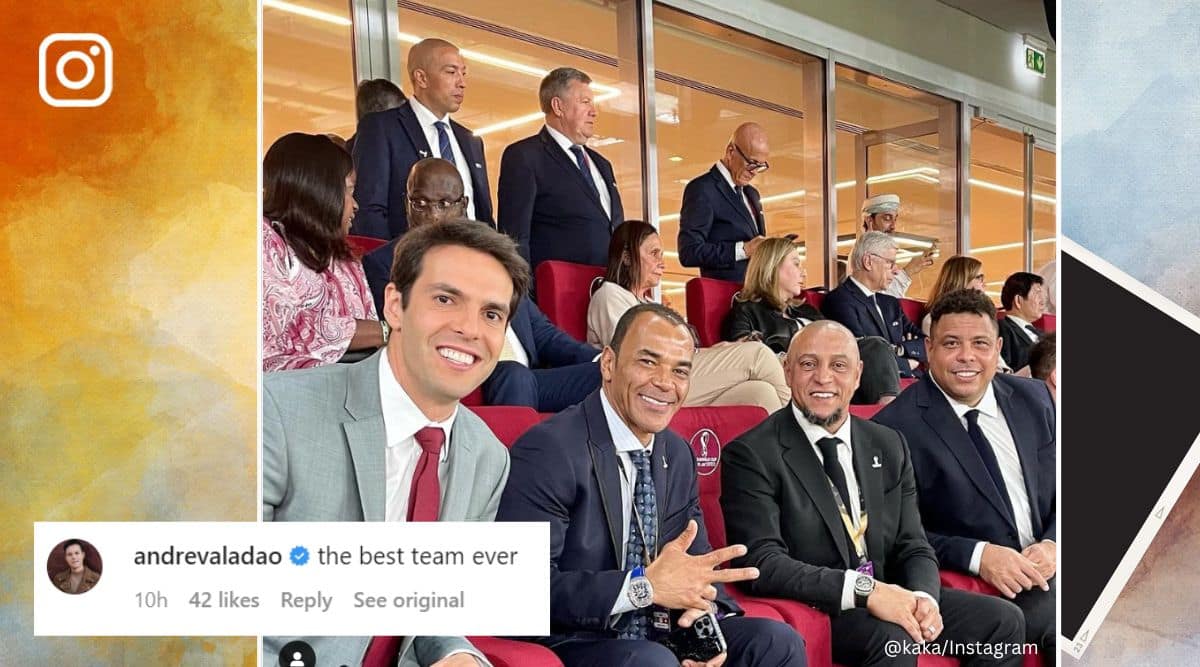 If you have been an avid follower of football since the late 1990s or early 2000s, chances are you followed the legendary Brazilian team that had players like Ronaldo and Roberto Carlos. The team set the World Cup on fire in 2002 when it was held in South Korea and Japan, the last time the Selecao lifted the coveted trophy for a record fifth time.

The photo of the former footballers sent social media into nostalgia mode as netizens recalled the golden days of Brazilian football. Former AC Milan and Real Madrid forward Kaka posted the photo on Instagram and it has amassed more than 1.1 million likes.

“Watched this team play live. Absurd,” commented a user in Portuguese. “The best team ever,” said another. “I miss these geniuses,” expressed another netizen.

Former AC Milan legend Cafu was the captain of the 2002 World Cup-winning Brazil squad while Ronaldo won the golden boot for scoring eight goals in the tournament, including a brace in the final against Germany. Left-back Roberto Carlos scored one goal while Kaka made only one brief appearance at the tournament.

Brazil will take on Cameroon in their final group match at the Lusail Stadium. They had defeated Serbia in their opening game with two goals from Tottenham Hotspur striker Richarlison. They were without their talismanic forward Neymar, who sustained an ankle injury in their tournament opener on November 24. The PSG star will miss the third match as well and is expected to be fit for the knockout stages.

‘The Kashmir Files is vulgar, propaganda’: From Anupam Kher to Israeli envoy, who said what about Nadav Lapid’s comments