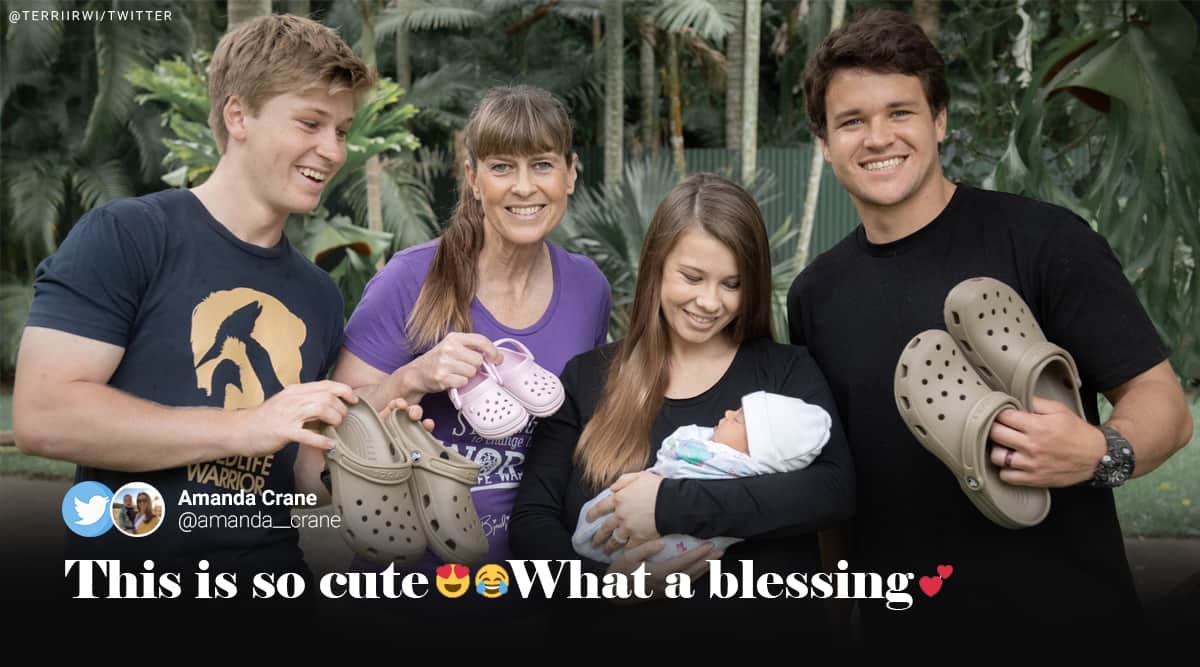 The joke was a subtle nod to Steve’s popular show "The Crocodile Hunter," which ran from 1996-2004 and delighted many on the internet.

As an April Fool’s Day joke, the Irwin family gathered for an adorable photo session where they were each seen holding a pair of Crocs shoes along with 22-year-old Bindi and her one-week-old daughter Grace Warrior Irwin Powell.

The joke was a reference to Steve’s popular show “The Crocodile Hunter,” which ran from 1996-2004. He was killed in September 2006 during a diving expedition when his chest was pierced by a stingray barb while filming at Australia’s Great Barrier Reef.

The post delighted many on the internet. Take a look at some of the reactions to it:

Goodness this is cute!

They get a pass, I love the Irwin’s too much to be that petty.

any other family I woulda been like no.. but y’all the best

I will NEVER not love this family

I love this! Too funny! Little Grace is too cute!!!!

Bindi married Chandler Powell, 24, in a surprise ceremony at Australia Zoo in Queensland in March last year amid the COVID-19 pandemic.

The couple had recreated the maternity photo her parents posed for while they were expecting her little brother Robert, who is now 17. The picture was widely praised on social media.