A humpback whale, which was left stranded on the coast of Argentina, was returned to the sea after a concerted rescue operation. 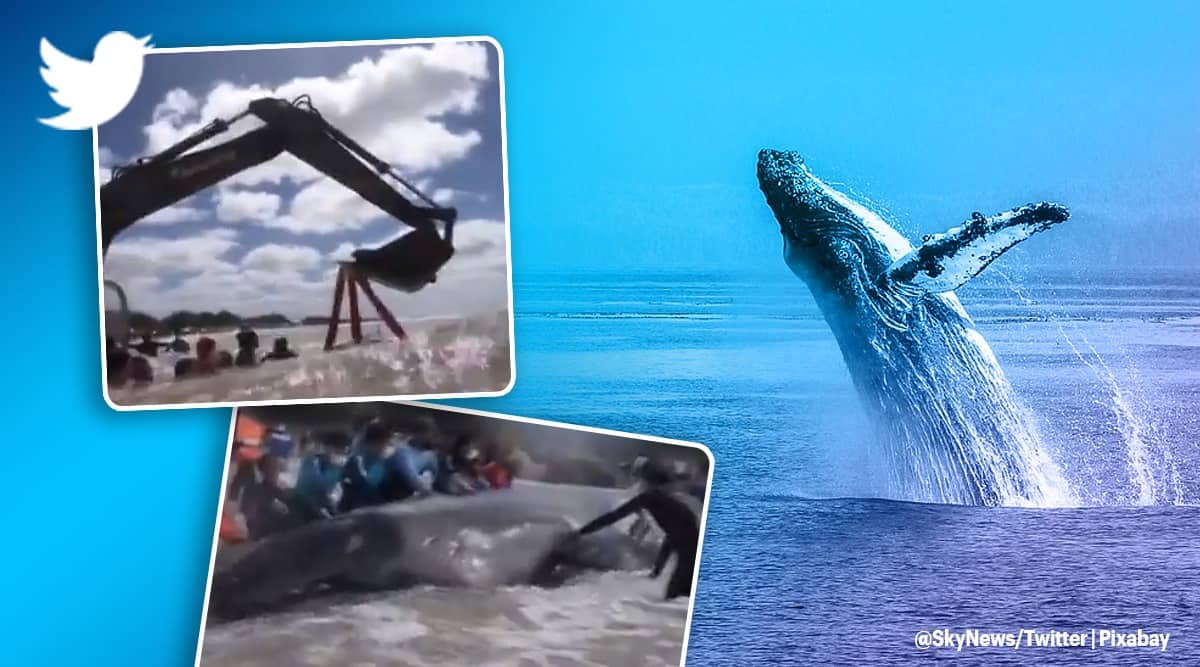 A viral video from a small Argentine town, La Lucila del Mar, is winning hearts as good Samaritans and authorities rescued a humpback whale who was stranded on the coast. The whale, who weighed about 7 tons and was over 27 feet long, as reported by Mundo Marino Foundation, was beached along the coast. They undertook a rescue operation, along with the aid of several Argentinian officials and local people.

As seen in the video, people made several attempts to first move the humpback whale manually, but were unable to even shake it. It became more difficult as the whale itself could not even move its tail and fins, probably due to weakness.

After these manual attempts, mechanical aid was taken. The rescuers managed to wrap a harness around the whale, which was attached to a crane. With the help of the tractor crane, rescuers were able to move the cetacean into the deep waters.

The whale then finally gained enough strength to move its tail and fins again. Eventually the rescuers cheered for the whale as it slowly swam off back to its home in the deep sea.