April Fools’ Day: Epic pranks that fooled the world (albeit for a short while)

Here is a list of some of the most epic pranks — by individuals, institutes and organisations — that masses fell for. 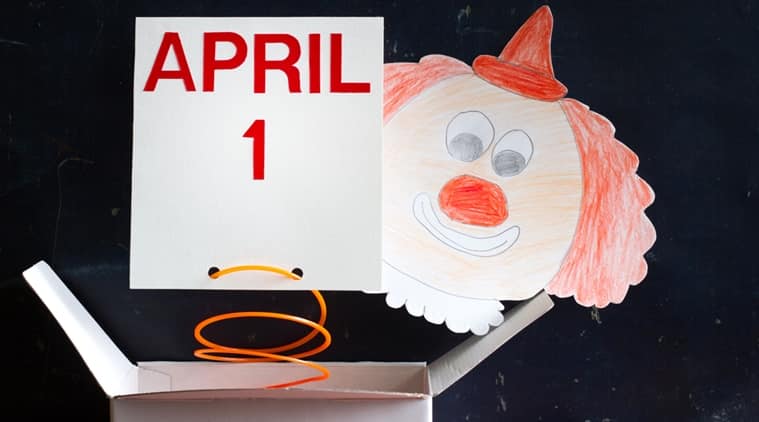 From the discovery of the Loch Ness Monster, fat absorbing socks to end of the world announcements, this is how the world got pranked on April 1 over the decades. (Source: Thinkstock Images)

April 1 is here and it makes sense to be alert at all times, for you never know where a prank may be lurking to take you by surprise. However, sometimes the best of us have our ‘bakra’ moments. So, what happens when individuals, institutes and organisations manage to pull a bakra on entire populations? Here is a list of some of the most epic pranks that the masses have fallen for.

In the 1960s, television was pretty much black and white. Colour TV was just making inroads in a few countries. Understandably, enthusiasm was high among the general TV-viewing public in Sweden when Sweden’s television station — STV — announced that they could now view TV in colour by simply placing a ‘fine-meshed screen’, or a nylon stocking, in front of the screen. Put in a few scientific terms and technical mumbo jumbo, the masses unquestioningly fell for the prank. All could be seen trying to watch TV through a layer of stretched stockings over their screens. Watch the original broadcast here.

The Church is regarded with consternation by the scientific community for its disregard of scientific rigour and meddling in scientific affairs. All schoolchildren can rattle out a list of scientists executed by the Church for heresy. In the 1990s, Alabama legislature voted to exclude the teaching of evolution in schools. Mark Boslough then had an idea to get back at them. He orchestrated a hoax wherein the New Mexicans for Science and Reason sent out a newsletter explaining that the Alabama legislature had voted to change the value of Pi from 3.1415(9265… etc.) to the more pure, Biblical value of 3.0. It didn’t take too long for the article to hit the Internet and before long, Alabama’s legislative offices were flooded with calls of protest.

Like the Big Foot and the Yeti, the Loch Ness Monster is one monster legend that refuses to die — in fact, it resurfaces frequently in public consciousness. In 1972, the legend was a part of a sensationalist development saying the Loch Ness Monster’s dead body had been found by zoologists from Yorkshire’s Flamingo Park Zoo. After some security conflict with Scotland involving transporting ‘unidentified creatures’, subsequent investigations revealed ‘Nessie’ to be a large bull elephant seal from the South Atlantic. Flamingo Park’s education officer, John Shields, took responsibility of the hoax, saying he shaved off its whiskers, padded its cheeks with stones, and kept it frozen for a week, before eventually dumping it in the lake — intending to play an April Fool’s prank on his colleagues. He didn’t expect the prank to become so big so as to get the police involved.

This prank fed into the world’s obsession with weight. On April 1, 1976, British astronomer Patrick Moore teamed up with BBC and announced on the radio waves that at 9.47am, Jupiter, Pluto, and the Earth would align. This ‘rare occurrence’ would have an impact on Earth’s gravity, making people potentially weigh less. Not only people bought it, at exactly 9.47am, Moore instructed listeners to “Jump now!” to experience a brief floating sensation. People actually jumped and later called into the radio station to narrate their experiences. One woman claimed she and her husband floated around the room and one went so far as to say he hit his head on the ceiling.

This prank is yet another proof that if you use scientific mumbo jumbo in the context of weight, you can fool just about anybody. On April 1, 2000, The Daily Mail ran a feature on Esporta Health Clubs that had just launched FatSox — a pair of socks that actually sucked body fat out of sweating feet. The inventor of FatSox, Professor Frank Ellis Elgood released a statement saying that the socks employed a nylon polymer called FloraAstraTetrazine “previously only applied in the nutrition industry”. As a person’s body heat rose and their blood vessels dilated, the socks drew “excess lipid from the body through the sweat”. After having sweated out the fat, the wearer could then simply wash the socks — and the fat — away.

Despite doomsday prophecies having been around for centuries and never come to fruition, people still fall for end-of-the-world rumours. On March 31, 1940, Philadelphia’s Franklin Institute issued a press release declaring that the world would end the following day. A local radio station — KYV — announced, “Your worst fears that the world will end are confirmed by astronomers of the Franklin Institute…. Scientists predict that the world will end at 3pm. Eastern Standard Time tomorrow. This is no April Fool joke.” After frantic calls, the Franklin Institute had to repeatedly assure the public of no such prediction on its part and eventually dismissed the prankster — William Castellini, the Institute’s press agent who had intended to use the fake release to publicise an April 1 lecture at the institute titled ‘How Will the World End?’.

In 2014, King’s College Choir released a video that’s been viewed over a million times. After complex regulations made it impractical to include young boys in the choir for their high-pitched pre-adolescent voices, they teamed up with the Chemistry department that gave them an innovative solution — helium balloons. Watch the video here.

This prank, perhaps, best describes the spirit of April Fool’s Day. In 1983, The Associated Press reported that the origin of April Fool’s Day had finally been discovered by a Boston University professor, Joseph Boskin. Boskin listed the origin at fourth century BC in courts of Emperor Constantine, who reportedly jokingly appointed a court jester — called Kugel — ruler for one day. Kugel immediately decreed the day to be the day of the absurd, calling for celebrations by playing pranks. Several publications picked up the information, only to be debunked later as a prank by Boskin himself.

Art aficionados had an emotional night when in 1950, a Dutch national radio network broadcast an interview with a Rijksmuseum employee who confessed to have accidentally ruined a classsic masterpiece — The Night Watch by Rembrandt. He said he accidentally used the wrong fluid during restoration, causing the painting to slowly begin dissolving. By midnight, the painting would have entirely dissolved into a puddle on the floor. The announcement mobilised hundreds of distraught art lovers at the museum, hoping to catch one last glimpse of the Rembrandt. The radio station kept up the appearances by walking along the queue and interviewing the gatherers. The art lovers waited for hours before realising the true intention behind the announcement.

The Eruption of Mount Edgecumbe, 1974

This prank gave everybody in the vicinity of Sitka, Alaska, a major fright. They woke up to the sight of black smoke billowing from the Mount Edgecumbe crater — a long dormant volcano in the area — afraid the volcano had become active again, need possible eviction in the area. It later turned out that Porky Bickar — a local practical joker — flew hundreds of tyres into the volcano’s crater and lit them on fire. Local legend says that six years later — when Mount Helen’s erupted — a Sitka resident wrote to Bickar to tell him, “This time you’ve gone too far!”

The April Fools Survival Guide: Tips to avoid being pranked 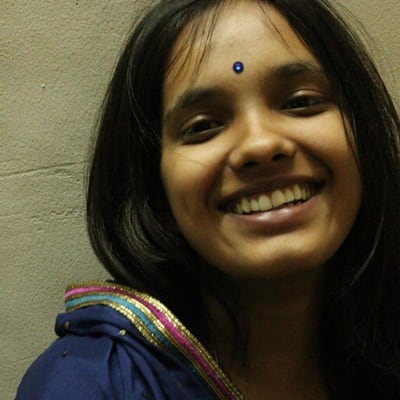