‘Imagine that’: A newspaper article from 1963 predicts the invention of mobile phones

The first commercially available cellphone was made by Motorola in 1983. 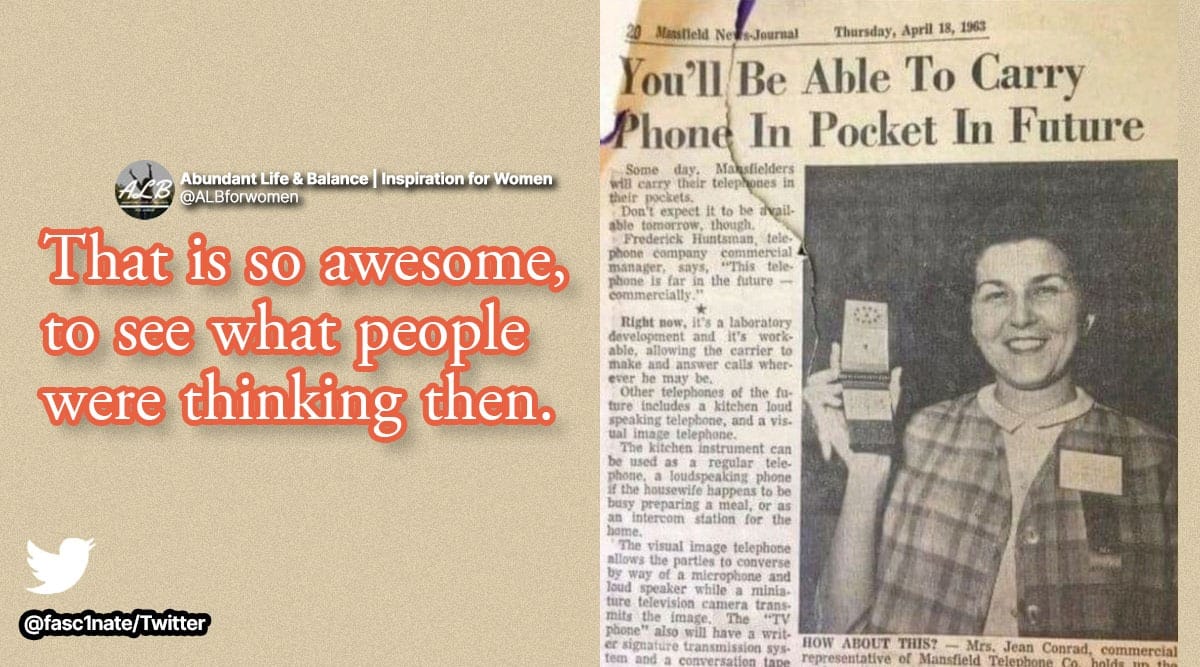 The article titled "You'll Be Able to Carry Phone in Pocket in Future” was reportedly published in Mansfield News Journal, an Ohio-based newspaper, on April 18, 1963.
Listen to this article
‘Imagine that’: A newspaper article from 1963 predicts the invention of mobile phones
x
00:00
1x 1.5x 1.8x

In 2023, mobile phones have become an indispensable part of our lives. It’s surreal to imagine that just a few decades ago, cell phones were just a fragment of one’s imagination.

Now, an old newspaper article, predicting the introduction of mobile phones, is doing the rounds on social media.

The article titled “You’ll Be Able to Carry Phone in Pocket in Future” was reportedly published in Mansfield News Journal, an Ohio-based newspaper, on April 18, 1963. The news article gave a catchy lead to the story which was, “Some day, Mansfielders will carry their telephones in their pockets.”

The article, reports that a portable telephone is being developed in the laboratory. It quotes Frederick Huntsman, a telephone company’s commercial manager who says, “This telephone is far in the future- commercially.”

An interesting newspaper article from 1963 pic.twitter.com/6OwlNeDMzQ

The article also theorises about a “kitchen loud speaking telephone” which is explained as, “The kitchen instrument can be used as a regular telephone, a loudpeaking phone if the housewife happens to be busy preparing a meal, or as an intercom station for the home.”

A phone equipped with a video calling function is touted as a “TV phone” The article explains its features and writes, “The visual image telephone allows the parties to converse by way of a microphone and loud speaker while a miniature television camera transmits the image. The “TV phone” also will have a writer signature transmission system and conversation tape recorder.”