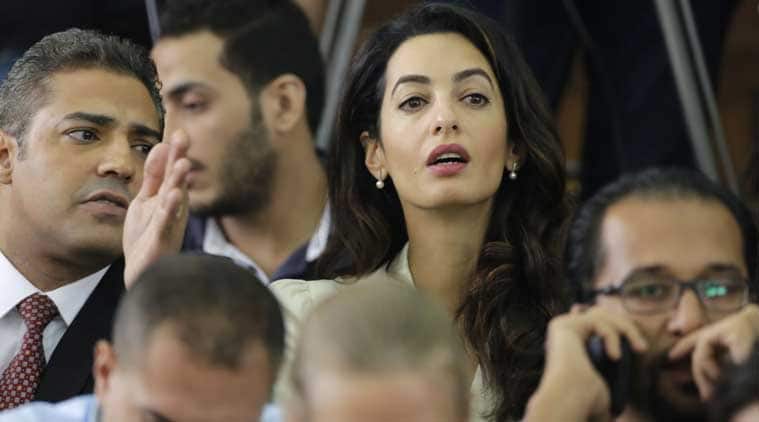 Twitter as we all know is a volatile place; tweets go viral, spark online debates, and for most news outlets, traversing the social media site is nothing less than walking in a minefield.

US News agency Associated Press got a taste of this when it tweeted out a seemingly innocuous tweet about Amal Clooney, noted human rights lawyer and activist, who’s also married to Hollywood superstar George Clooney.

The point of contention: Associated Press just referred to Amal as an “actor’s wife” without any mention that Amal herself is a noted human rights activist and lawyer.

On Twitter, users soon started panning AP for not mentioning Amal as a human rights lawyer but just choosing to portray her simply as ‘actor’s wife.’

Some users reacted sarcastically by pointing out that for the new agency the only thing that mattered was her marital status, others said that the new agency was stuck in the 1950s , while some called out the outright sexism that was apparent in the tweet.

Another user added that perhaps AP should mention her hairstyle and clothes next, a sarcastic comment on how the press tends to focus on these aspects where famous women are concerned, rather than their actual work.

Check out some of the reactions on Twitter below:

While AP did get panned, not everyone thought that the new agency deserved all the hate. Some pointed out maybe the agency was just relying on her link to the actor to draw the attention of its readers since Amal’s recent media spotlight is linked to her marriage with George Clooney.

Finally an hour later, someone at AP realised that the tweet had resulted in some serious damage and the next tweet had this to say: “Human rights lawyer Amal Clooney criticizes prison terms handed down to three Al-Jazeera English journalists.” (App users click here to see tweet)

Amal Clooney’s marriage to George Clooney, the man seen as the eternal bachelor of Hollywood, has naturally sparked a lot of interest and media scrutiny. But the truth is she has remained more than just a Hollywood wife, attending events and awards ceremonies.

As this NYMag article points out, which calls her the new “Consummate Feminist Superhero” marriage hasn’t stopped Amal from handling her high-profile human rights cases. And why should it.

Amal has done everything from representing “Armenia before the European Court of Human Rights in Strasbourg” to calling “for the release of the former president of the Maldives, Mohamed Nasheed,” who has been imprisoned for 13 years.

George Clooney or not, Amal has firmly retained her role as a world-renowned human rights lawyer and as some Twitter users reminded AP, that should be the first and foremost way to identify her.