Brother Joseph Byron was recently relaxing atop the school's wind turbine — as he often does — when a drone zoomed in. 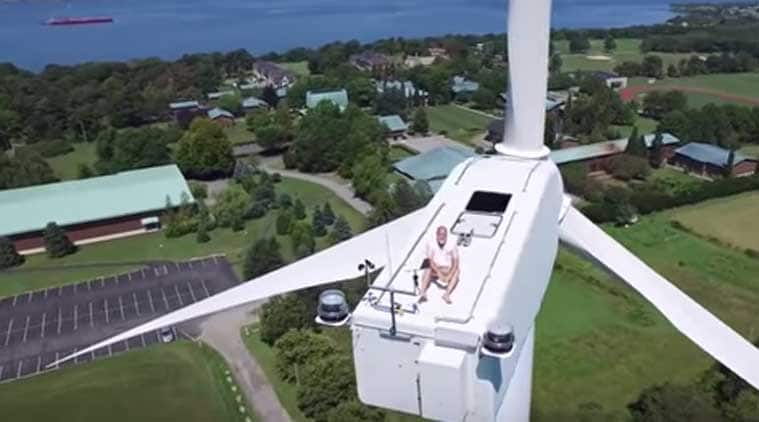 A drone catpured a monk resting on top of Wind Turbine.

A Benedictine monk who works at a Rhode Island school has discovered that finding solitude is no easy feat, even 175 feet (53 meters) in the air.

Brother Joseph Byron was recently relaxing atop the school’s wind turbine — as he often does — when a drone zoomed in.

Video taken by the drone, owned by a Californian on vacation, shows Byron sprawled across the turbine’s surface, with views of Narragansett Bay in the background. The footage was posted online this week.

Byron said Friday that alumni he hadn’t heard from in years are contacting him after seeing it. He says he found the drone interesting at first but was annoyed after it zoomed by again.

Byron says he climbs the turbine because he enjoys the view.