Manspreading is so widespread that it's now a word in the Oxford Dictionary. The term refers to men on public transport who splay their legs wide apart. 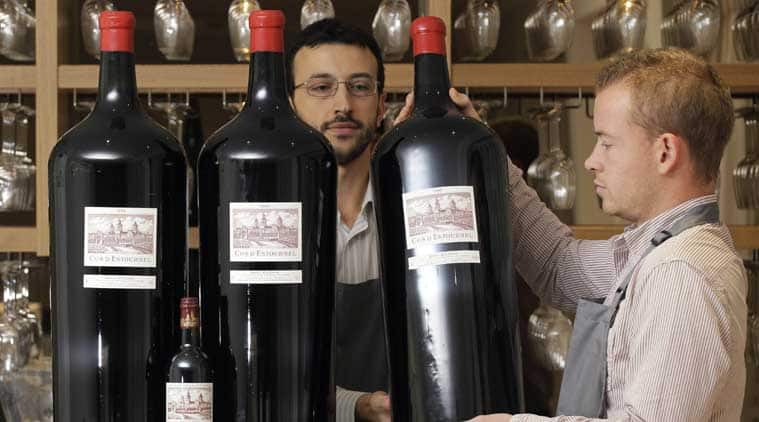 File photo of Antique Wine Company’s employees poses with three Melchiors and a standard size bottle of Cos D’Estournel wine at the wine merchant in London. Wine ‘o’ clock which is the appropriate time to start drinking wine is now part of the Oxford Dictionary. (Source: AP)

Manspreading is so widespread it’s now a word.

The term, coined by commuters, refers to men on public transport who splay their legs wide apart and encroach on neighbouring seats. It’s now been added to OxfordDictionaries.com.

The free online dictionary of current usage, created by the publishers of the venerable Oxford English Dictionary, issued its quarterly update Thursday of new words that have gained widespread currency in the English language. Here’s a sampling from the list:

—wine o’clock, n: same as above, only with wine

—Brexit, n.: a term for the potential or hypothetical departure of the United Kingdom from the 28-nation European Union

—Grexit, n.: a term for the potential withdrawal of Greece from the 19-nation eurozone, the countries in the European Union that use the shared euro currency.

—butt dial, v.: calling someone accidentally with your mobile phone in a rear pocket

—cat cafe, n.: a café or similar establishment where people pay to interact with cats housed on the premises

—fatberg, n.: very large mass of solid waste in a sewerage system, consisting especially of congealed fat and personal hygiene products that have been flushed down toilets