Why a flip phone is having a resurgence

The fascination to own a flip phone seems to be a recent phenomenon, one born out of nostalgia and being different. 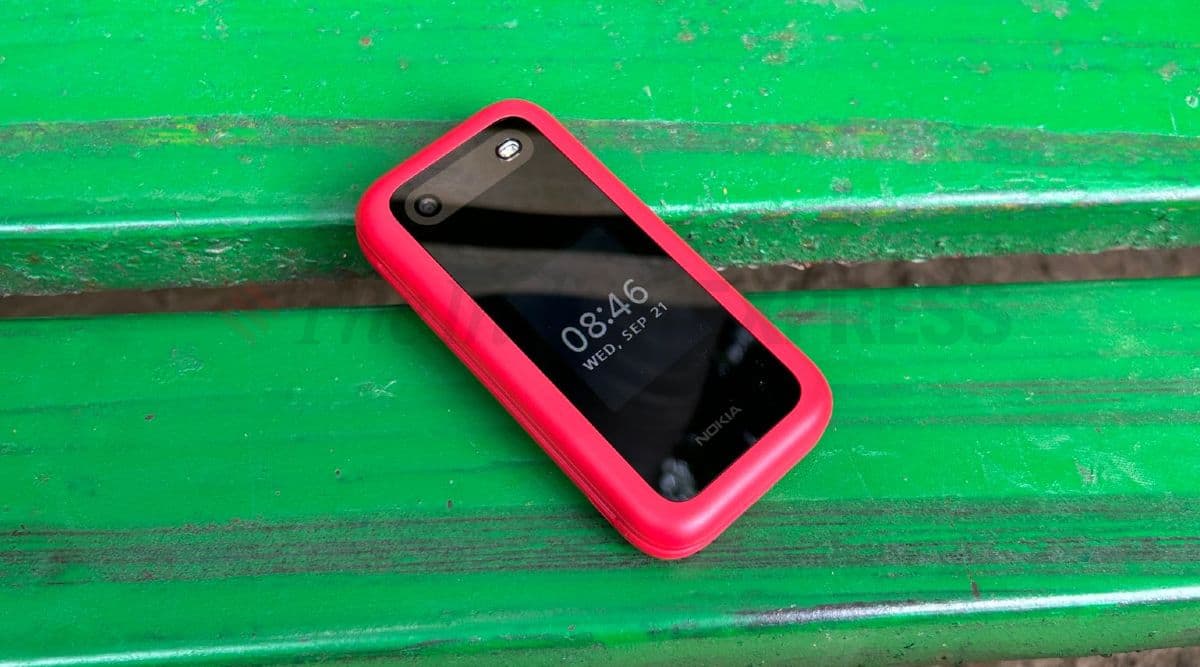 Nokia Flip 2660 with a retro clamshell design (Image credit: Anuj Bhatia / Indian Express)
Listen to this article
Why a flip phone is having a resurgence
x
00:00
1x 1.5x 1.8x

Way before the iPhone became the default smartphone of choice for many, flip phones ruled the market. Who could forget those bejewelled clamshell “flip phones” Paris Hilton used to carry in the early 2000s? In fact, there was a rush among companies to make flip phones, with Motorola just killing it with its premium Moto Razr series.

But lately, a whole new segment is waking up to the flip phones of the past, opening up a new sense of individuality and self-expression. On social media platforms like TikTok and Instagram, there has been a rise in young people expressing their love for flip phones. With companies like Samsung going all for foldable clamshell-style smartphones, the regeneration of flip phones is having a moment in 2023.

Flip phones are cool, and kids want them

The fascination to own a flip phone seems to be a recent phenomenon, one born out of nostalgia and being different. Sure, there is a sense of history attached to flip phones but it’s the young consumers who are reintroducing old-school style clamshell phones back into pop culture. In fact, flip phones becoming a trend on social media has less to do with the generation that grew up using those devices. If the shift that has been seen in the last few months is any indication.

TikTok and Instagram, the two most dominant social platforms, are breathing new life into flip phones from the Y2K-era time. Posts tagged #flip phones on Instagram give you hundreds of reels on classic flip phones that were once seen as cool tech toys among young consumers. These short-form videos have become the go-to source of flip phones for users. It feels like time travel, all transport back, as though they are acting out a memory but the majority of users who have embraced flip phones in recent times are Gen Zs. Even Google searches seem to indicate that the craze for flip phones is high among youth adults.

So what could be sparking the trend? Some want a simpler phone and don’t want to go back to social media, hence switching to a flip phone. There’s also a peak in smartphone innovation, as every phone looks the same. With their vintage-inspired designs and look and feel are the hot new thing among millennials embracing the granny chic flip phones.

Also read |Future meets the past: ‘Ghostwriter’ is an AI-powered typewriter that can talk to you

A flip phone is cool again, and you have Samsung and Nokia (HMD Global) to thank for it. Both brands have taken a different approach with flip phones. While Nokia can be credited for our need for escapism from the digital world, Samsung is reimagining flip phones for the entire new generation. Users who want a feature phone with a dose of style should look out for the Nokia Flip 2660. It pretty much covers the basics, but still is a phone that many people want to use because it’s inexpensive.

And, for those interested in a classic clamshell design but also want a modern smartphone experience may want to settle for the Samsung Galaxy Z Flip 4. It’s a small pocketable and foldable Android phone that opens up to reveal a 6.7-inch screen inside with a starting price of Rs 82,999.

No matter which flip phone you choose, the retro design will always cater to those who are hungry to stand out and have something that feels unique to their own style.