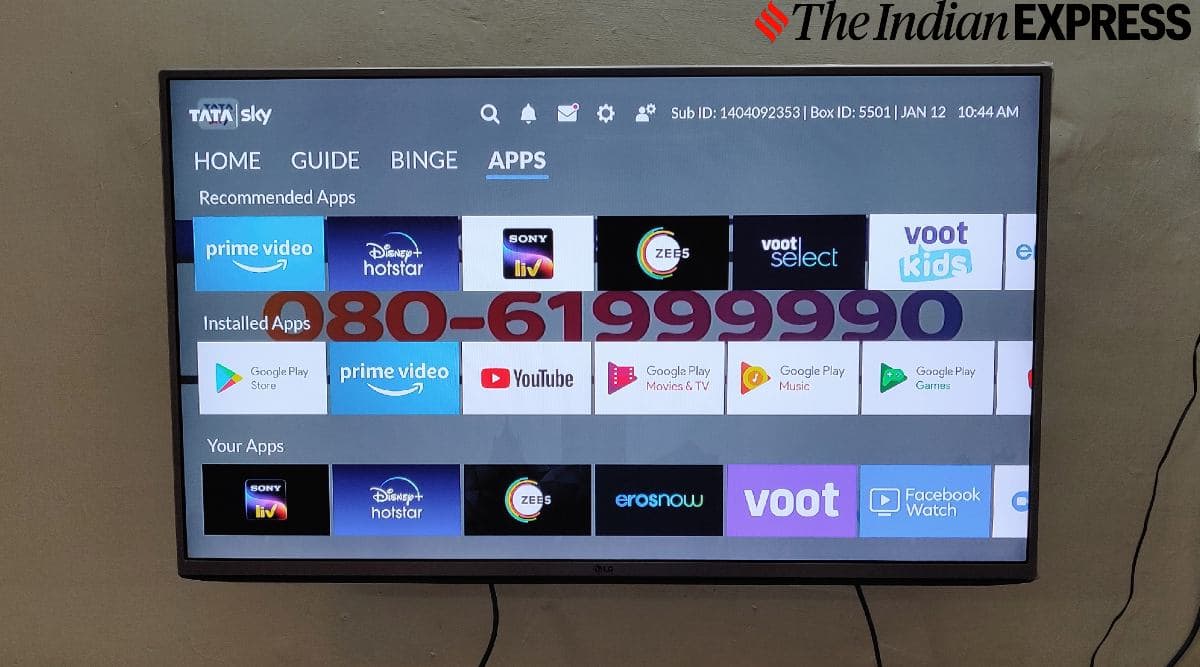 Tata Sky, Dish and Airtel are offering their own Android-powered set-top box under Rs 5,000 price range. The smart set-top boxes not only offer a seamless experience of watching regular TV channels, but also lets you enjoy the content from streaming services.

If you don’t have a Smart TV at your home and are planning to buy one smart set-top box, here’s a quick comparison of Tata Sky Binge+, Airtel Xstream Box, and Dish SMRT Hub to make it easier for you to decide.

The DTH operator also offers three months of free Amazon Prime subscription. Those who are upgrading from the standard version will have to pay Rs 2,499.

The Airtel Xstream Box service will cost Rs 2,499 and offers only one-month of free access to Airtel Xstream Premium. Those who want the same streaming service for 12 months will have to pay extra Rs 499. The package doesn’t include free access to Disney+Hotstar VIP, Zee5 and Xstream Premium. Those who want to have these services for one year will have to pay an additional Rs 1,699. The price of basic channels will depend on how many channels are selected.

Dish TV SMRT Hub carries a price tag of Rs 3,999 for new subscribers and existing Dish TV users will be required to pay Rs 2,499. You don’t get any additional benefits with the package. The company says you will have to subscribe for OTT apps or DTH packages separately.

The Tata Sky Binge+ set-top box supports Google Assistant, which means you can use your voice to search for content on TV. The remote has a dedicated Google Assistant button. The company says you get access to over 5,000 apps and games from Google Play Store. These include Amazon Prime Video, Voot, Zee5 and more.

However, Tata Sky Binge+ doesn’t offer support for Netflix. We found a way to watch Netflix using the service, which you can check out here.

The device comes with 2GB RAM, 8GB internal storage, 4K playback, Dolby Atmos and Chromecast support. Users also get access to over 5,000 titles from the Tata Sky VOD library. There is also a Catchup TV feature that lets you access TV content of up to past 7 days. For this, you need to download the company’s Tata Sky app.

Dish TV SMRT Hub is also an Android-powered set-top box that ships with Android Pie. It offers support for Google Play Store, Google Assistant, Dolby Atmos, Miracast, and more. The bundled remote has special keys for Google Assistant, YouTube, and Watcho. There is also built-in Chromecast support, so that Dish users can stream content on TV from their smartphone. It even supports apps like Amazon Prime Video, Zee5, Voot, ALTBalaji, and YouTube. However, there is no support for Netflix.

You can create multiple profiles for personalised content, unlike Tata Sky Binge+. You can use your phone as a remote for your Android box.

One just needs to download ATV remote app from Play Store and switch between d-pad and touchpad modes. As the set-top box supports Google Assistant, the service can also be used to control their smart home devices.

It also supports streaming in 4K. The bundled remote comes with Netflix, Amazon, and YouTube hotkeys. Airtel Xstream Box buyers will have the option to choose from over 500 TV channels, and access content through the company’s preloaded Airtel Xstream app. The set-top-box features 2GB RAM, and 8GB storage.