It's been 35 years since Apple first launched the original Macintosh in 1984. Here are some of the memorable Macs the company has ever produced. 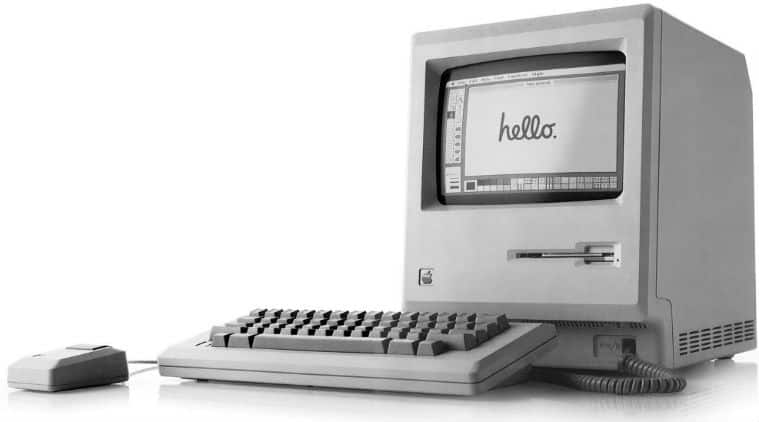 Macintosh turns 35: Here is a look back at the most iconic Mac machines released over the past 35 years. (Image credit: Tim Cook/Twitter)

Thirty-five years ago, on January 24, 1984, at the Flint Center on De Anza College’s campus in Cupertino, California, Steve Jobs unveiled the first Macintosh. The Mac was unlike anything before it. It was the first computing machine with a graphical user interface and a mouse.

Since then the Mac has been at the center of a personal computer revolution that has changed the way how we work and create content. With the Mac turning 35, we take a look back at some of the best Macs that changed personal computing forever.

On January 24, 1984, Steve Jobs unveiled the Macintosh which turned the whole computing industry upside down. This was the first computer that took advantage of GUI (Graphical User Interface). The machine was priced at $2495 when it was introduced in 1984.

The computer featured an 8Mhz Motorola MC68000 CPU and a 128Kb of RAM. The original Macintosh was the first personal computer to come with a floppy disk drive, keyboard, and mouse. It’s also being credited to be the first computer that could be set-up without any technical know how.

Apple heavily advertised the Macintosh and even created a TVC which was directed by Ridley Scott. It continues to be the most impactful commercials ever created.

Back in 1987, Apple created the most efficient black-and-white Mac. It was fast, really fast. The Macintosh SE shipped with a 16-MHz 68030 processor, either 40MB or 80MB hard drive, and either 1MB or 4MB of RAM. The $3700 Macintosh SE had a connector for a mouse and keyboard. And yes, it was the first Mac to feature a cooling fan.

It wasn’t a great product, but it kick-started Apple’s foray into portable computer space. Even though it had impressive specifications (a 16 Mhz processor, an active matrix screen, and a trackball), the machine was not portable enough. It measured 4 inches thick and weighed 15.8 pounds. Even the price of the Macintosh portable was steep at $6500. All those reasons worked against the Macintosh Portable.

On March 20, 1997, Apple introduced the 20th Anniversary Macintosh, a special edition of Mac meant to consume multimedia content. The machine was the first flat screen Mac, and came with leather palm rests, a TV tuner card, S-video input, and a custom sound designed by Bose.

It used to retail for $9000 at the time, and that price tag made the machine too niche. It’s being said Apple delivered the Twentieth Anniversary Macs to buyers’ homes via limousine, and a man in a tuxedo would set up the pricey computer.

Unfortunately, Apple only managed to sell a handful of units. Apple dropped the price of the 20th anniversary Macintosh to $2000, before discontinuing the product in 1998.

On May 6, 1998, Steve Jobs took the stage and announced the iMac G3, a computer that saved Apple from bankruptcy. It was the first computer after Jobs’ return to Apple and established Jony Ive as the master designer.

The iMac G3 remains one of the best-designed Macs ever. In true sense, it changed the way how we look at the computers. When the computers at that time were boring and largely unimpressive in looks – the iMac G3 had a translucent back that allows users to see the inner workings of the computer and came in “Bondi blue”.

But it wasn’t just pretty. The iMac G3 introduced a number of new features including a built-in telephone modem, a hidden cable management compartment, and the use of USB ports instead of Apple’s older proprietary connections.

Later, in 1999, Apple had upgraded the iMac G3 with a faster 266MHz G3 chip, the price was slashed by $100 and the machine was made available in a dash of colour options. The iMac G3 is counted among Jony Ive’s one of his best design creations.

Launched in 1999, Apple iBook made portable computers cool and fashionable. College students loved the iBook for a reason: the design. It mimics the design of the iMac G3 and came in the translucent plastic housing. It was a well-design product and had reasonable specifications.

It featured a 300Mhz PowerPC 750 chipset and either 32Mb or 64Mb of RAM (depending on the model). The iBook was the first-ever Mac to be released with AGP-based graphics and UMA (Unified Motherboard Architecture). And that was not all. It was also the first Mac to be sold with integrated wireless internet. The iBook was sold for $1599.

The Power Mac G4 Cube continues to fascinate designers, fans, and collectors. It wasn’t successful from a commercial point of view, but it will always be remembered for its thought-provoking design. Launched at the July 2000 Macworld Expo in New York, the G4 Cube was more of an attempt to show Apple’s design prowess than the product’s internals.

The future-looking machine was essentially the G4 computer packed into an 8-inch cube, that was then suspended in a crystal-clear case. Perhaps the highlight of the G4 Cube’s was the ability to access its internals easily through the bottom of the machine. Other features included an air convection cooling system and a touch-sensitive power button.

The G4 Cube, however, came at a high cost. It was launched at a price of $1799, something not many people found it logical to pay for an underpowered machine. However, the biggest reasons why the Power Mac G4 Cube failed largely because the machine reportedly faced several technical issues such as overheating and cracks in the polycarbonate shell. As a result, Apple had to discontinue the G4 Cube in July 2001.

Released in 2002, Apple iMac G4’s design was indeed ahead of its time. Even today, the iMac G4 looks amazing. It’s design was unlike any other computer available at that time.

The iMac G4 came with a 15-inch LCD screen mounted on an adjustable metal arm above its half-dome base, where all the internals, ports, and connectivity options were meticulously housed. Given that the metal arms swivel and move much like a sunflower, it allowed the user to the adjust the height of the display either up or down and swiveled to the side.

The all-in-one iMac G4 tells a lot about Jony Ive and Steve Jobs comradery and their common vision to create beautiful yet functional products. Even now, the iMac G4 sits on many desks, including mine, and in perfect condition.

Released in 2005, the Mac Mini was Apple’s attempt to enter the low-end of the PC market. To keep the price down, Apple shipped the Mac Mini without a monitor, keyboard or any additional peripherals. The idea was that users could buy a Mac Mini for as low as $500.

And Apple delivered on its promise. The machine featured a PowerPC G4 processor and up to 1GB of onboard RAM. It also came with either a 40GB or 80Gb hard drive; decent for regular users. Subsequent iterations came with an Intel processor and good hardware specifications.

Apple still sells a Mac Mini, though the company no more sells the product at $499. Instead, the new model starts at $799, $300 more than the starting model for the previous-generation Mac Mini. The rationale behind the price rise is due to improved internals which is top-of-the-line and most importantly, the new Mac Mini is now geared towards pro-users and creative professionals. With the 15-inch MacBook Pro, Apple looked at a top-tier computing experience with the $1999 notebook. Launched in 2006, it was the first portable Mac to come with an Intel-powered processor.

The MacBook Pro offered an entirely new design language; the notebook was sturdy and slim yet very powerful. The base model shipped with a dual-core processor and an 80GB of hard drive. In 2006, Apple released a 17-inch MacBook Pro.

Twelve years later, the core philosophy behind the MacBook Pro hasn’t changed. The MacBook Pro continues to market around multitaskers and creative professionals.

The crowd cheered when Steve Jobs grabbed a manilla envelope, and pulled out the MacBook Air during the 2008 Macworld. It was not an ordinary laptop; the MacBook Air was the world’s thinnest notebook at the time. However, the thin notebook came at a high cost and naturally Apple was targeted for that. At that time, some called it an overpriced piece of tech; others called it the future of computing.

It wasn’t a perfect notebook, though. The Air was the company’s first notebook without a CD/DVD drive, no upgradable RAM, a single USB port, and no removable battery. Sure, there were a lot of sacrifices made to make the notebook thin and light. But the fact remains that Apple took a chance to create a notebook that belongs to the future.

A decade on, most notebooks look ridiculously thin and slim like the MacBook Air. Had Apple sensed the future in 2008? Absolutely. There is no notebook popular than Apple MacBook Air even till this day, and it is a fact.

“Can’t innovate anymore, my ass.” Those were Phil Schiller’s comments when he announced the new Mac Pro during the annual Worldwide Developers Conference (WWDC) in 2013. The new Mac Pro marked a redesign for the company’s desktop-class computer.

Aimed at pro-users and creative professionals, Mac’s cylinder-like shape reminded of something out of a sci-fi movie. Apple’s cylindrical computer hogged limelight also because everything was crammed into a tiny chassis, which only Apple could have pulled off. The desktop computer had an Intel Xenon processor, a pair of two AMD FirePro GPUs, up to 64GB of DDR3 ECC memory and up to 6GB RAM of GDDR5 video memory.

Now that Apple is expected to launch the all-new Mac Pro this year, the second-generation Mac Pro will always be remembered for its unconventional design.

Back in October 2005, Apple launched the PowerMac G5. It was a computer designed to keep pro-users happy, thanks to its dual-core PowerPC G5 processor. It was the last Mac to use PowerPC processors as Apple later switched to Intel core processors. The PowerMac G5 was also pitched as the world’s first PC featuring 64-bit architecture. It was the fastest personal computer Apple had ever shipped during the time. 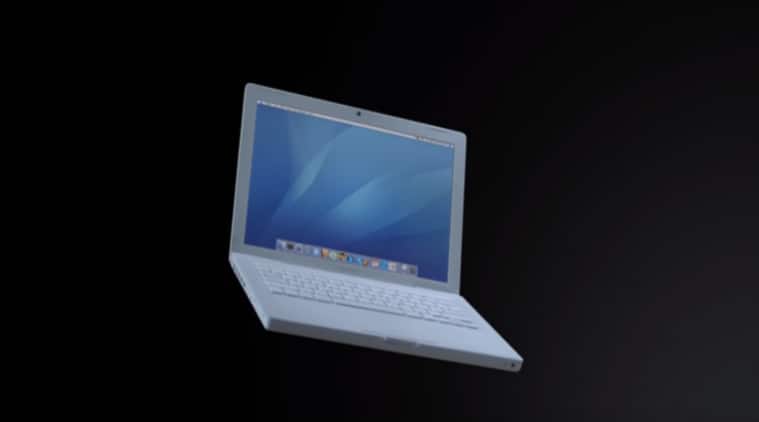 The MacBook had everything an average consumer was looking in the notebook.

Introduced in May 2006, the $1099 MacBook quickly became popular among students, thanks to its affordable price. The MacBook had everything an average consumer was looking in the notebook. It was stylish, although wrapped in white plastic; and was made available in either black or white. The base model included a dual-core Intel Core 2 Duo processor, a MagSafe power adapter and Apple’s front-facing iSight camera.