Amazon India shared that Alexa entertains users with 19,000 stories a day in both Hindi and English languages. 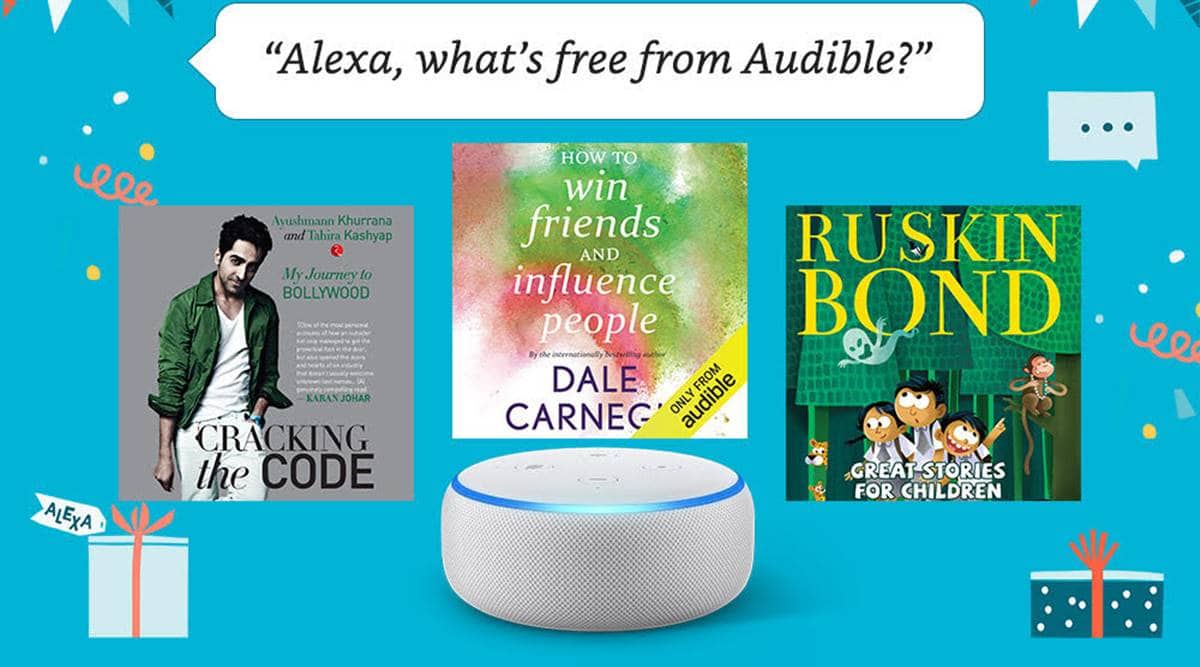 Free audiobooks are available from February 10 to February 28

To celebrate voice assistant Alexa’s third anniversary in India, Amazon has announced that it will be offering three of its best selling audiobooks free of cost to the users via Audible. The free Audible audiobooks will be available from February 10 to February 28.

The list includes ‘How to Win Friends & Influence People’ by Dale Carnegie (narrated by Shernaz Patel), ‘Great Stories for Children’ by Ruskin Bond (narrated by Adnan Kapadia) and ‘Cracking the Code’ by Ayushmann Khurrana (narrated by Manish Dongardive).

Alexa customers can access their Audible audiobooks through commands like ‘Alexa, tell me a story’ and ‘Alexa, open Audible Suno’. According to Amazon, Alexa gets nearly 19,000 audio story requests per day, across Hindi and English. The free feature will work on all devices, which have Alexa in-built.

How to access free audiobooks in February using Audible

You can simply ask “Alexa, what’s free from Audible” on any Alexa-powered device whether it’s Echo Dot, Echo Plus, Echo Auto or even the FireStick.

Alexa will say the name of three free audiobooks that are mentioned above.

Earlier this week, Amazon revealed interactions with its voice assistant went up by 67 per cent in 2020. While ‘gana sunao‘ or ‘play a song’ was the top request to Alexa at 17 lakh per day, users in India said ‘I love you’ to Alexa 19,000 times per day, according to Amazon. The company also said that users in non-metros account for 50 per cent of base for Echo devices in the country in 2020.