Why this could be a critical year for electric cars

Demand for electric cars is so strong that manufacturers are requiring buyers to put down deposits months in advance. And some models are effectively sold out for the next two years. 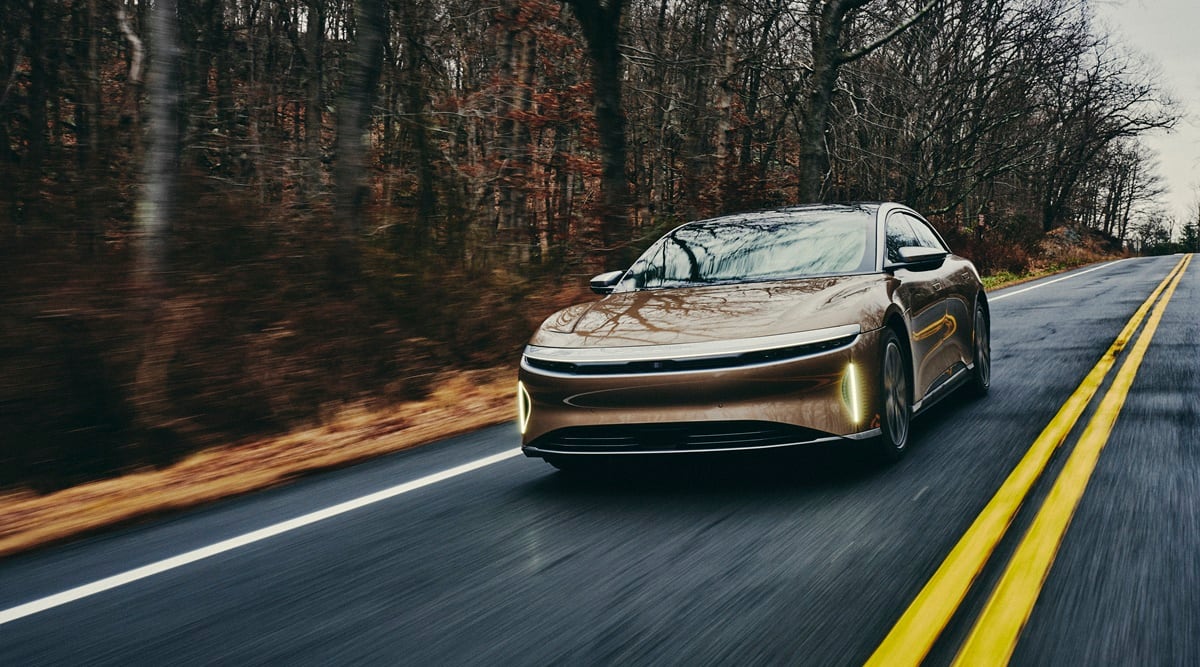 Battery-powered cars are having a breakthrough moment and will enter the mainstream this year as automakers begin selling electric versions of one of Americans’ favourite vehicle type: pickup trucks. (New York Times)

Sales of cars powered solely by batteries surged in the United States, Europe and China last year, while deliveries of fossil fuel vehicles were stagnant. Demand for electric cars is so strong that manufacturers are requiring buyers to put down deposits months in advance. And some models are effectively sold out for the next two years.

Battery-powered cars are having a breakthrough moment and will enter the mainstream this year as automakers begin selling electric versions of one of Americans’ favourite vehicle type: pickup trucks. Their arrival represents the biggest upheaval in the auto industry since Henry Ford introduced the Model T in 1908 and could have far-reaching consequences for factory workers, businesses and the environment. Tailpipe emissions are among the largest contributors to climate change.

While electric vehicles still account for a small slice of the market — nearly 9% of the new cars sold last year worldwide were electric, up from 2.5% in 2019, according to the International Energy Agency — their rapid growth could make 2022 the year when the march of battery-powered cars became unstoppable, erasing any doubt that the internal combustion engine is lurching toward obsolescence. 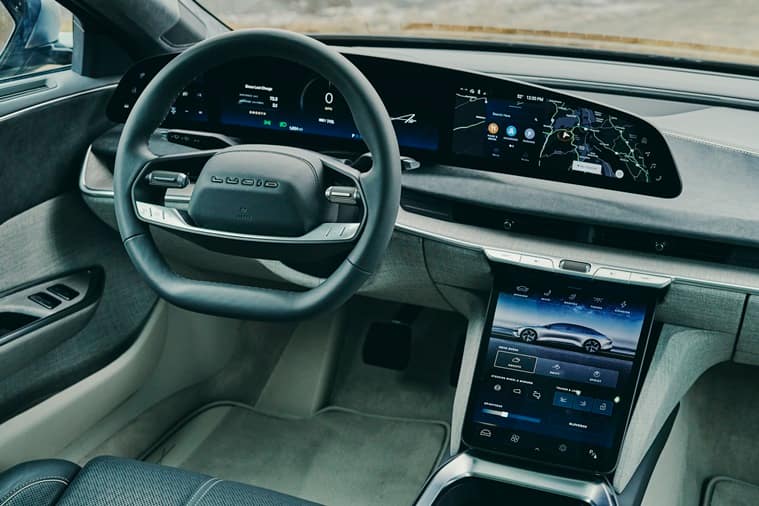 The dash of the Lucid Air near Bear Mountain, N.Y. (New York Times)

“It’s one of the biggest industrial transformations probably in the history of capitalism,” said Scott Keogh, CEO of Volkswagen Group of America. “The investments are massive, and the mission is massive.”

But not everyone will benefit. Makers of mufflers, fuel injection systems and other parts could go out of business, leaving many workers jobless. Nearly 3 million Americans make, sell and service cars and auto parts, and industry experts say producing electric cars will require fewer workers because the cars have fewer components.

Over time, battery ingredients like lithium, nickel and cobalt could become more sought after than oil. Prices for these materials are already skyrocketing, which could limit sales in the short term by driving up the cost of electric cars.

The transition could also be limited by the lack of places to plug in electric cars, which has made the vehicles less appealing to people who drive long distances or apartment residents who can’t charge at home. There are fewer than 50,000 public charging stations in the United States. The infrastructure bill that Congress passed in November includes $7.5 billion for 500,000 new stations, although experts say even that number is too small.

And it could take time to see the climate benefits of electric cars: Replacing the 250 million existing fossil-fuel cars and light trucks could take decades unless governments provide larger incentives to car buyers. Cleaning up heavy trucks, one of the biggest sources of greenhouse gas emissions, could be even harder. A Ford 2022 F-150 Lightning pickup truck, a battery-powered version of the popular F-150, in production at the company’s plant in Dearborn, Mich. (New York Times)

The biggest beneficiary — and the biggest threat to the established order — is Tesla. Led by Elon Musk, the company delivered nearly 1 million cars in 2021, a 90% increase from 2020.

Most analysts figured that electric vehicles wouldn’t take off until they became as inexpensive to buy as gasoline models — a milestone that is still a few years away for moderately priced cars that most people can afford.

But as extreme weather makes the catastrophic effects of climate change more tangible, and word gets around that electric cars are easy to maintain, cheap to refuel and fun to drive, affluent buyers are increasingly going electric.

Porsche’s Taycan, an electric sedan that starts at about $83,000, outsold the company’s signature 911 last year. Mercedes-Benz sold nearly 100,000 electric cars and vans in 2021, a 90% increase from the previous year.

Ford will soon start selling the Lightning, an electric version of the F-150 pickup truck, which has topped US sales charts for decades. It initially planned to make 75,000 a year. But demand has been so strong that the company is racing to double production of the Lightning, which starts at $40,000 and runs up to more than $90,000. Ford stopped taking reservations after amassing 200,000 orders.

“We’re going to be able to sell every one we can build,” said Hau Thai-Tang, Ford’s chief product platform and operations officer.

Sales of electric cars might have been even higher in 2021 but for production bottlenecks. Volkswagen sold about 17,000 ID.4 SUVs in the United States, but could have sold four times as many, Keogh said.

Mike Sullivan, the owner of LAcarGUY, a dealership chain, sold out his ID.4s within weeks of their arrival. “When we have them it’s the bestselling model,” he said. Supply will increase this year when Volkswagen begins producing ID.4s in Chattanooga, Tennessee, rather than importing them from Germany. 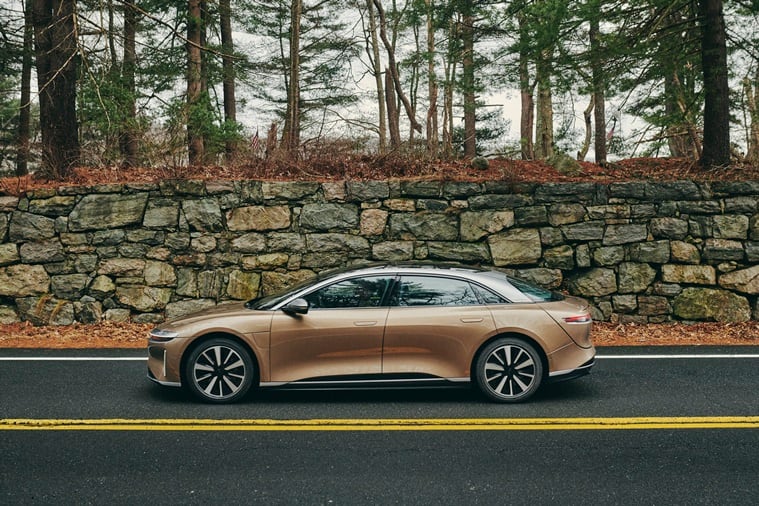 Chasing Tesla, companies like Lucid are finding that starting an EV from scratch has its advantages. (New York Times)

At the upper end, electric vehicles are already competitive on price and could save buyers thousands on maintenance and gasoline. (Electric cars do not need oil changes, and electricity is generally cheaper per mile than gasoline.)

The Tesla Model 3 and Jaguar XF P250 sedans retail for around $46,000. But owning the Tesla for five years costs $16,000 less, according to calculations by Kelley Blue Book, a vehicle valuation company.

If Europe and China are any measure, sales of electric vehicles in the United States will continue to explode. In December, battery-powered cars outsold diesel cars in Europe for the first time. In 18 countries, including Britain, more than 20% of new cars were electric, according to Matthias Schmidt, an independent analyst in Berlin.

In 2015, more than half of Europe’s new cars ran on diesel, the result of tax policies that make diesel cheaper than gasoline. But government incentives for electric cars, and penalties for carmakers that don’t meet emissions targets, have changed the equation.

The point of electric cars is to cut tailpipe emissions, a leading source of carbon dioxide and the pollutants that cause smog. In Southern California, electric cars have already had a small effect on air quality, leading to a 4% reduction in nitrogen oxide emissions from passenger cars compared with what they would have been otherwise, according to the South Coast Air Quality Management District, which includes Los Angeles.

Of course, battery-powered cars also have an environmental cost. But even taking into account the energy and raw materials they require, electric vehicles are much better for the climate than conventional cars, according to a Yale School of the Environment study.

Inevitably, a transition this momentous will cause dislocation. Most new battery and electric car factories planned by automakers are in Southern states like Georgia, Kentucky, North Carolina and Tennessee. Their gains could come at the expense of the Midwest, which would lose internal combustion production jobs. 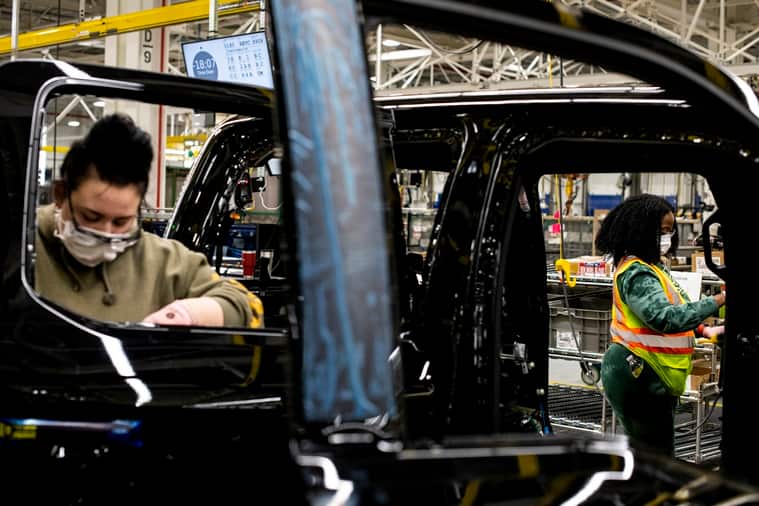 Ford stopped taking reservations after amassing 200,000 for its Lightning pickups, more than two years’ worth of production. (New York Times)

That hasn’t happened yet, because gasoline vehicles still dominate sales. But as battery power takes market share, conventional models will benefit less from the cost savings that come from stamping out the same vehicle hundreds of thousands of times.

The next few years could be perilous for carmakers that have been slow to offer electric vehicles. Toyota, a pioneer in hybrid vehicles, will not offer a car powered solely by batteries until later this year. Ram does not plan to release a competitor to Ford’s Lightning until 2024.

Chinese companies like SAIC, which owns the British MG brand, are using the technological shift to enter Europe and other markets. Young companies like Lucid, Rivian and Nio aim to follow Tesla’s playbook.