Twitter ramps up roll out for Spaces as Clubhouse gains users

Twitter’s Spaces platform, which is a voice-based chatroom, is being expanded to more users for beta-testing. We also spotted Spaces on our Twitter feed in India. 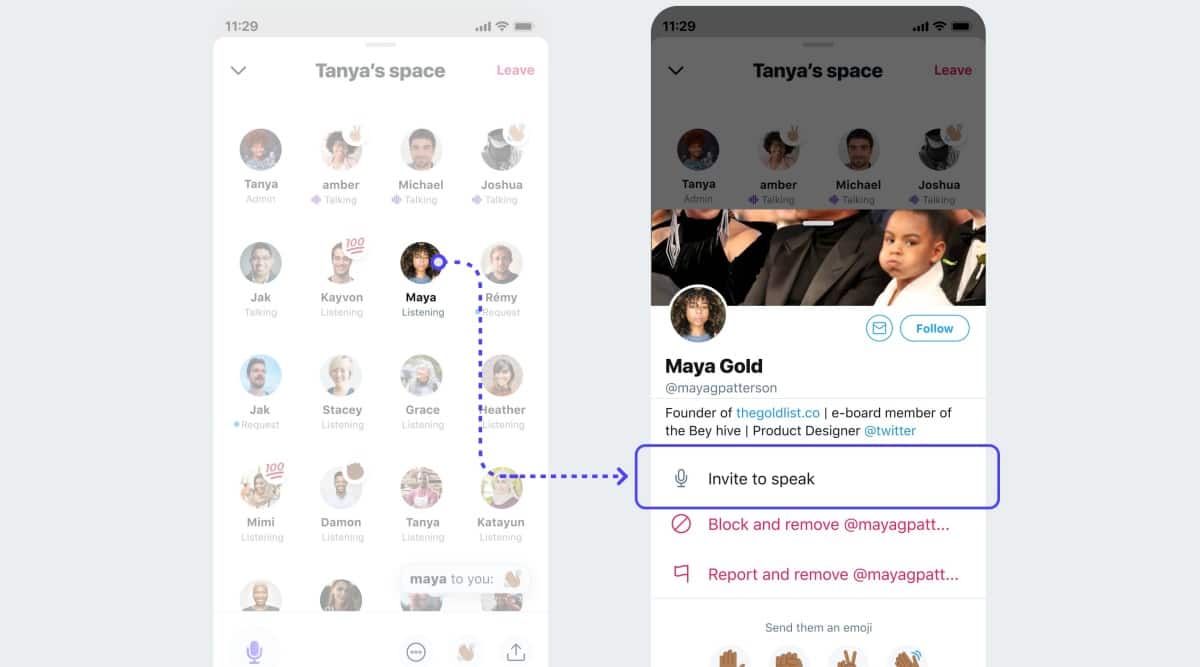 Spaces byTwitter is expanding to more users. The feature will compete with Clubhouse. (Image source: Twitter)

Twitter’s Spaces platform, which is a voice-based chatroom feature, is being expanded to more users for beta-testing. We also spotted Spaces on our Twitter feed in India, though it is still in beta testing. Spaces will compete with Clubhouse, the iOS-only audio-chat app, which is currently gaining users.

According to The Verge’s Tom Warren, Kayvon Beykpour, Twitter’s product lead confirmed that the beta will be expanding to 3000 more people. The feature is currently being tested by 1000 people. He added in the tweet that the roll out is ramping up in the coming weeks.

Read more |What is Clubhouse, the iOS-only social audio app that is gaining traction

Spaces lets a user create a voice chat room, which allows a user to invite other users and talk around a topic. The idea is that it will let people create a safe space for intimate conversations in public by starting a room. Users will be able to add multiple participants to these rooms and see who is a part of the room, and who is speaking. Other users will also be able to request to join the room and take part in the conversation.

If you’re waiting on Twitter Spaces, Twitter’s Clubhouse audio feature, then @kayvz says the beta is expanding to 3,000 more people tomorrow. Around 1,000 beta testing right now, and roll out is ramping up in coming weeks pic.twitter.com/SfQypQQpoy

Spaces will compete with Clubhouse

Twitter has ramped up the beta testing as Clubhouse gains popularity. Spaces was announced in back in November 2020 by the company. Clubhouse is an invite-only and iOS app for audio chats, and has seen a spike in users. Most recently, Elon Musk and Facebook’s Mark Zuckerberg joined Clubhouse for talks.

Clubhouse currently has a limit of 5000 people per room. The app was started in March 2020 by Paul Davison and Rohan Seth. The founders revealed in the blogpost dated January 24, that around two million people used Clubhouse in the month alone. Clubhouse’s official Android app is coming soon.

International Film Festival of Kerala to begin from February 10