Taal, unlike a traditional stethoscope, is ‘digital’ in nature and can record, store, and share body sounds. 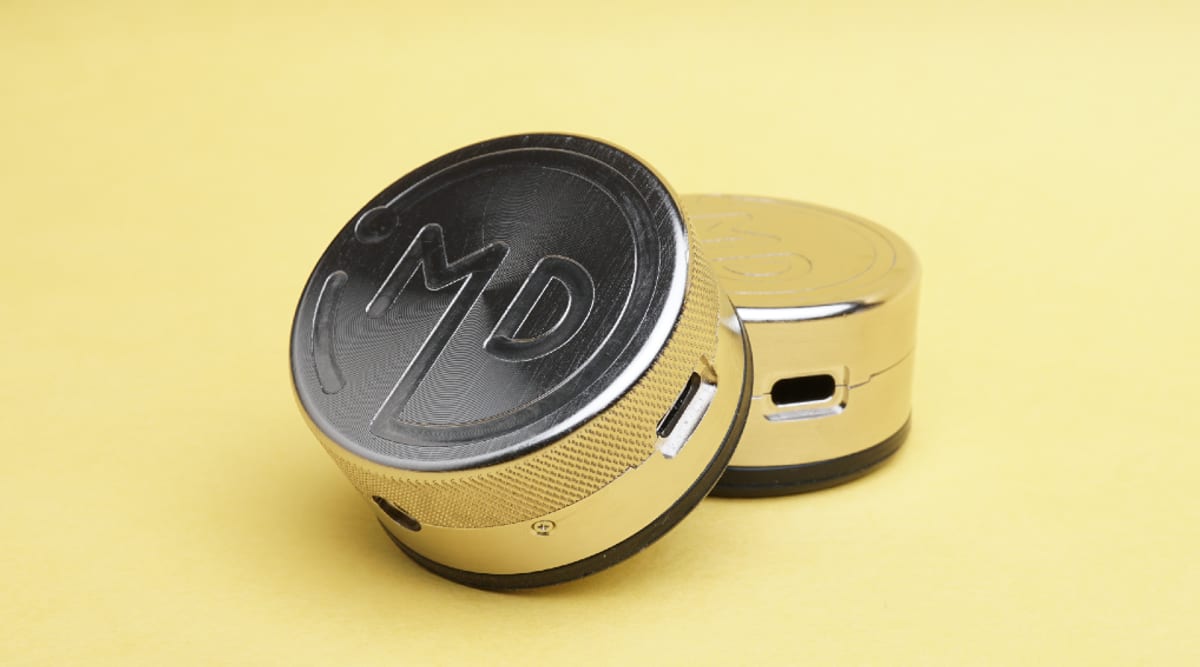 Mysore, who is a sound engineer and a geneticist, recalls the first time he met Badrinarayanan, a veterinarian, in 2016 at a recording studio in Bengaluru.(Image credit: Muse Diagnostics)

A few minutes into a conversation with Sumukh Mysore and Arvind Badrinarayanan, the duo behind the Taal digital stethoscope, one thing is clear: they don’t want to be called just another stethoscope company.

“We are not a hardware or a tech company, we are more of a sound diagnostics company,” Mysore sets the tone of how the world should see Bengaluru-based Muse Diagnostics. Badrinarayanan chips in, “We aren’t just improving efficiencies in an existing process, we are creating an entirely new paradigm of medicine.”

Mysore, who is a sound engineer and a geneticist, recalls the first time he met Badrinarayanan, a veterinarian, in 2016 at a recording studio in Bengaluru. Badrinarayanan came to the studio to record dog heart sounds while Mysore was recording music and a joke shared between them turned into an idea of developing Taal, which went on sale as part of beta testing. 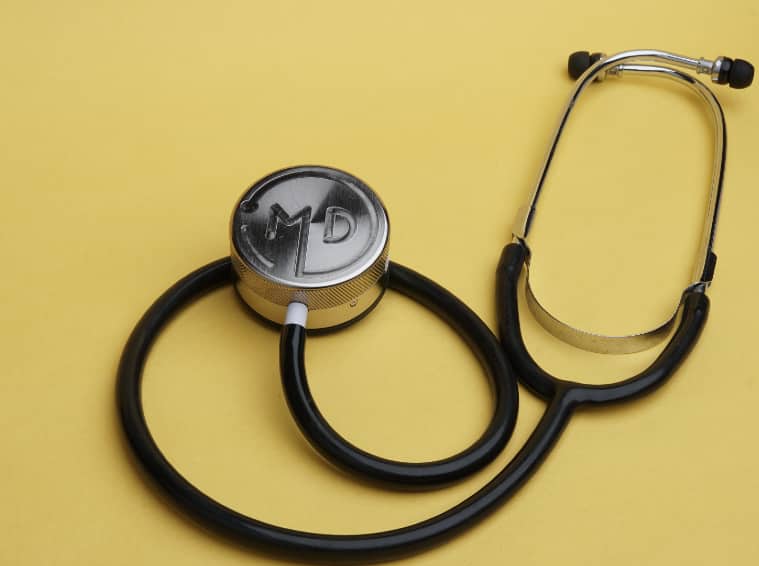 A stethoscope is an acoustic medical device used for auscultation or listening to the sounds made by the heart, lungs, or intestines, and even blood flow in arteries and veins in the animal or human body. Commonly used by doctors and other health care providers, a stethoscope is equipped with a small disc-shaped resonator that is placed against a patient’s skin, and one or two tubes connected to two earpieces.

Subscriber Only Stories
View All
Delhi confidential: Focus On Projects
January 30, 1982, Forty Years Ago: New Union cabinet
At the end of the Bharat Jodo Yatra
Why BharOS has Indian developers excited and sceptical: ‘More choice is g...
Apply New Year promo code SD25
Also read |This Indian startup wants to sell computers as a subscription service … at Rs 399 per month

But Taal, unlike a traditional stethoscope, is ‘digital’ in nature and can record, store, and share body sounds. “There are sounds that you cannot hear that your lungs produce if there’s water in your lungs or if there is a bronchi cackle so you need a physical examination. That’s where we thought a stethoscope became very interesting because now you can put this as a home tool,” Mysore explains. 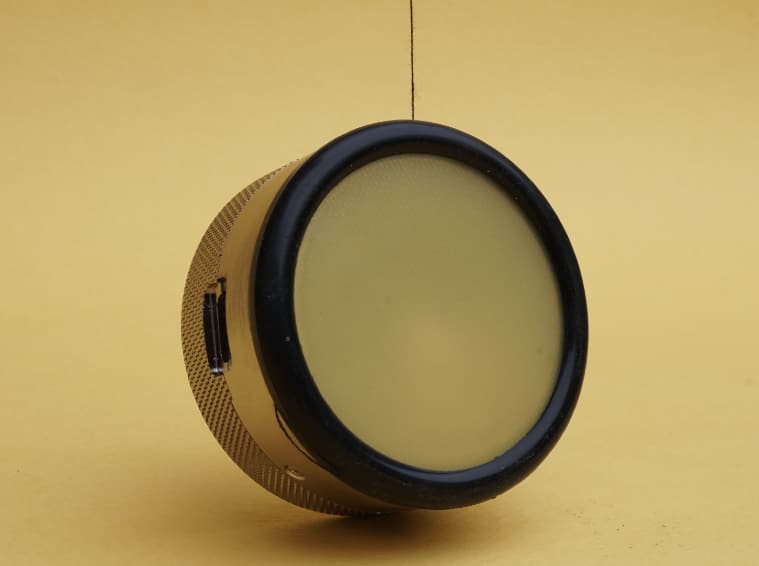 Work on Taal began in 2016 and a year later, Mysore and his team managed to make a prototype of the device.(Image credit: Muse Diagnostics)

Badrinarayanan had always thought of creating a digital stethoscope before meeting Mysore but lacked clarity on how to make it possible. “I had a professor in veterinary college who became frustrated whenever an interesting case came in and he was unable to explain it to students because he could not capture that sound, and then send it to the class,” Badrinarayanan explains his vision behind creating a digital version of the stethoscope.

Although digital stethoscopes have been in existence for quite some time, Badrinarayanan says they are not only expensive but also cumbersome to use from the software point of view.

Work on Taal began in 2016 and a year later, Mysore and his team managed to make a prototype of the device. Initially, the plan was to make a low-cost digital stethoscope but as work on the device gradually moved, the team realised they also needed to focus on the design and the electronics.

The first version of Taal, while still developed internally, relied on analogue chips but there was no mechanism to reduce background noise. At the time when the device was still in development, microphones used in Alexa smart speakers were coming down and the team thought of using them and created a proprietary chamber that offered a specific type of resonance—extremely exact, like the one found in Littmann stethoscopes.

Taal is as small as the size of the palm of your hand with the outer casing made of medical-grade materials. It also boasts USB-C and 3.5mm Aux inputs for easy transfer of sounds to your phone and PC. “They didn’t fit into what I thought…why should a stethoscope remain the same shape as something that was invented 150 years ago,” Badrinarayanan says.

Another aspect of the digital stethoscope is to record and store sounds for which Mysore and his team have created a mobile app called Surr. “It’s almost like music software—it records data, it stores data, and it forwards data,” Mysore says, adding that the app also lets users filter sounds depending on what the professional wants to diagnose. In the future with the help of AI and machine learning the software will be refined further. “We are basically setting the standard for how medical-grade sound should be transmitted without any loss in the data,” Badrinarayanan adds.

Badrinarayanan says they are looking at full disease analytics rather than identifying just sounds. “The potential here is to give a prompt to a physician the same way an ECG does that.”

Mysore and his team are using two different models to distribute Taal—the device sale model where the digital stethoscope is available for Rs 8800 and a pay-per-use SaaS model where the product is given for free but the company charges Rs 100 whenever Taal will be used.

Taal’s biggest customers are telemedicine companies, reveals Mysore. “Telemedicine companies who don’t have the expertise of doctors want to buy Taal,” he says. “The positioning of this device is very different from a traditional stethoscope, which is basically being sold to educational institutions, colleges, and teachers,” he explains.

To date, the Bengaluru startup has sold 1000 units of the Taal digital stethoscope. Bihar, Odisha, Punjab, and Jharkhand are some of the areas, especially the rural belt, where Taal is being deployed by telemedical companies. Mysore has also seen an uptick in the use of Taal in the urban areas of Bengaluru and Hyderabad where instead of doctors travelling to elderly patients’ homes, nurses send the data and doctors interpret it back. 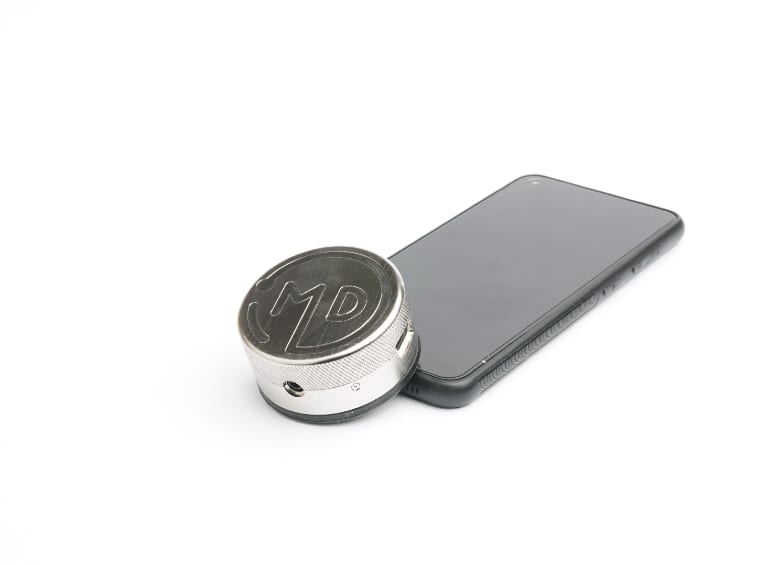 Taal can be paired to a smartphone using a mobile app. (Image credit: Muse Diagnostics)

However, Taal is not yet ready for general patients yet due to government approvals and the fact that the technology hasn’t matured.

Both Mysore and Badrinarayanan say they are tirelessly building a future where digital stethoscopes would come as part of a home medical testing kit. “Without any disrespect, we wanted to sort of make this a home-care device, like how a glucometre is made a home-care device,” Mysore says. “We are not building a better ECG, we’re not building a better ultrasound, we’re building something that has no equivalent to the market,” Badrinarayanan adds.

Mysore and Badrinarayanan are already working on the next generation of digital stethoscopes, which according to them would be wearable in nature. The founders are betting on “continuous sound monitoring” as the most powerful tool in health care as it is going to measure all of one’s body functions, breathing, heart, and the pumping of blood in real-time.

The Bengaluru-based company is looking to raise fresh investments but like any other startup, Muse Diagnostics has been dealing with the hardest fundraising climate. “VCs are very averse to these kinds of tools that have a hardware component, but in medicine, things need to be physical, right? Because we’re interacting with human bodies, we need to have sensors, we need to have something that’s physically there to capture information,” Badrinarayanan says.