On May 11, Reliance Jio had filed a complaint with DoT saying that Bharti Airtel had violated UL conditions by not setting up domestically the network-related infrastructure for e-SIM facility that allows pairing of the Apple Watch with the iPhone. 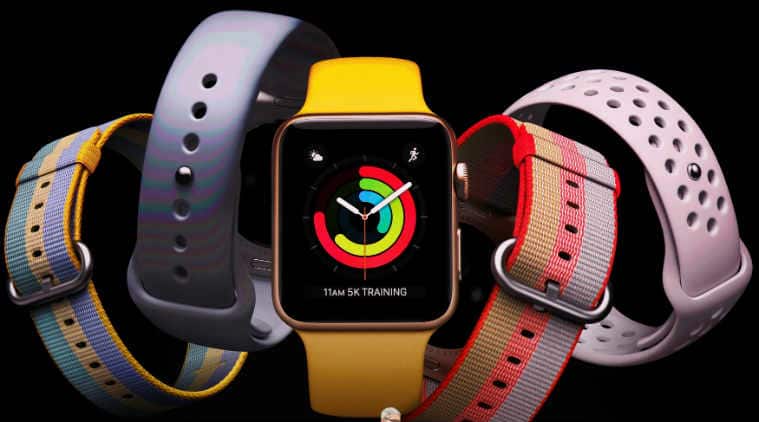 Currently, eSIM technology is being deployed on Apple’s Watch 3, which is being sold by Jio and Airtel in India.

Less than a week after a scuffle between Reliance Jio and Bharti Airtel over provisioning of the e-SIM or embedded SIM, the Department of Telecommunications (DoT) allowed the use of e-SIMs while issuing guidelines for the same. e-SIM is a virtual variant of a SIM card in a mobile phone that uses software to provide the services that a SIM card does. Currently, eSIM technology is being deployed on Apple’s Watch 3, which is being sold by Jio and Airtel in India.

“To cater the needs of modern technological developments in M2M/IoT, it has been decided to permit the use of ’embedded-subscriber identity module (e-SIM)’ with both single and multiple profile configurations with over the air (OTA) subscription update facility, as the case may be, as per the prevailing global specifications and standards,”the DoT said in a circular dated May 16. Prior to DoT’s guidelines, there was no specific policy for the technology, which is expected to expand to devices beyond smartwatches in the future. In absence of the guidelines, the service was regulated as per the broader unified licence (UL) conditions.

On May 11, Reliance Jio had filed a complaint with DoT saying that Bharti Airtel had violated UL conditions by not setting up domestically the network-related infrastructure for e-SIM facility that allows pairing of the Apple Watch with the iPhone. Airtel responded to the allegations by saying that the DoT was duly notified prior to the launch of Apple Watch 3 including product features, network architecture and lawful interception and we have also requested them to carry out a demonstration of the same. Under UL conditions, all the equipment for providing access to services should be deployed within India. Explaining the violation, Jio said the smartwatch and iPhone share the same mobile number, which with the e-SIM facility can be used to make or receive calls independent of the call status of the other device. 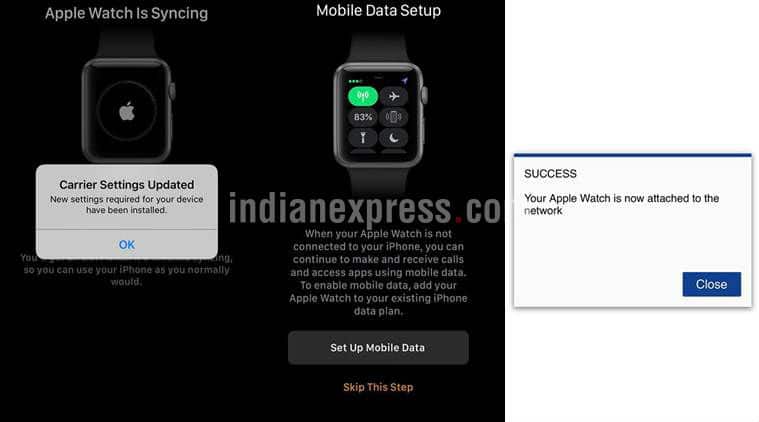 Under UL conditions, all the equipment for providing access to services should be deployed within India.

In its guidelines issued on Thursday, DoT said: “The Licensee must ensure that while allowing the use of such e-SIMs in its network, it must fulfill all the security and lawful interception and monitoring related terms & conditions of license agreement.” It also said that the mobile companies will be permitted for updation of profile via OTA in order to facilitate mobile number portability and to avoid lock-in by telecom operators for all use case scenarios of e-SIM.

Given that the e-SIM technology only uses software to provide the network services like a SIM card, once the facility is rolled out to smartphones, users will be able to port from one service provider to another without changing of physical SIMs, and the service will effectively allow them to port instantaneously. Further, given the crucial focus of smartphone makers on improving battery life of the devices, e-SIMs could provide additional space in the hardware of the phone for a bigger battery pack.

Even as the technology has been around since 2016 and was first launched commercially on the Samsung Gear S2, it was popularised by the LTE trim of Apple Watch 3 . Earlier versions of the Apple Watch had to be tethered with an iPhone for access to their full functionality, but the third series of the smartwatch with e-SIM, does not need to be tethered to an iPhone to work. Once set up, the Apple Watch 3 LTE can connect directly to the cellular providers’ network as an extension of the mobile number. Effectively, the LTE variant of the Apple Watch is not dependent on the iPhone like before.

Earlier, companies that worked on SIM virtualisation technologies were unsure about entering the Indian market because it was illegal to have SIM which was not tied to a specific user who was identified. With the e-SIM technology, and the government recognising it, this is no longer expected to be an issue, as the device and the e-SIM is tied to the international mobile subscriber identity of the user’s phone and hence, the owner is easily identifiable.

Notably, the DoT has asked the telecom service providers profiling the e-SIMs to take “all reasonable steps to ensure” that the device manufacturer embedding such SIMs does not tamper with the e-SIM at manufacturing stage. The government did not provide more detail on this norm.