Rock-bottom rates were the secret engine fueling $1 billion start-ups and virtual attempts to conquer the physical world. But in 2023, reality bites. 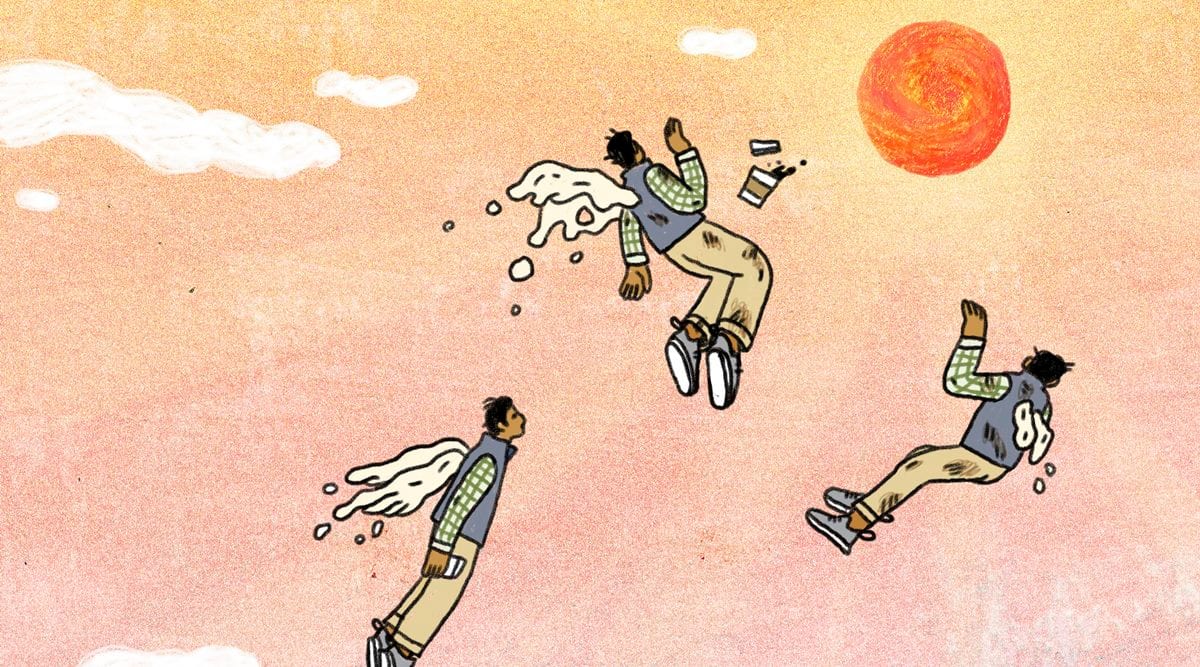 The tech boom was one that seemed as if it would never end. In 2023, reality bites. (Doris Liou/The New York Times)
Listen to this article
For tech companies, years of easy money yield to hard times
x
00:00
1x 1.5x 1.8x

Eighteen months ago, online used-car retailer Carvana had such great prospects that it was worth $80 billion. Now, it is valued at less than $1.5 billion, a 98% plunge, and is struggling to survive. Many other tech companies are also seeing their fortunes reverse and their dreams dim. They are shedding employees, cutting back, watching their financial valuations shrivel — even as the larger economy chugs along with a low unemployment rate and a 3.2% annualized growth rate in the third quarter.

Here is one largely unacknowledged explanation: An unprecedented era of rock-bottom interest rates has abruptly ended. Money is no longer virtually free.

For more than a decade, investors desperate for returns sent their money to Silicon Valley, which pumped it into a wide range of startups that might not have received a nod in less heady times. Extreme valuations made it easy to issue stock or take on loans to expand aggressively or to offer sweet deals to potential customers that quickly boosted market share.

It was a boom that seemed as if it would never end. Tech piled up victories, and its competitors wilted. Carvana built dozens of flashy car “vending machines” across the country, marketed itself relentlessly and offered very attractive prices for trade-ins.

“The whole tech industry of the last 15 years was built by cheap money,” said Sam Abuelsamid, principal analyst with Guidehouse Insights. “Now they’re getting hit by a new reality, and they will pay the price.”

Also by the NYT |Tech layoffs shock young workers. The older people? Not so much

Cheap money funded many of the acquisitions that substitute for organic growth in tech. Two years ago, as the pandemic raged and many office workers were confined to their homes, Salesforce bought office communications tool Slack for $28 billion, a sum that some analysts thought was too high. Salesforce borrowed $10 billion to do the deal. This month, it said it was cutting 8,000 people, about 10% of its staff, many of them at Slack.

Even the biggest tech companies are affected. Amazon was willing to lose money for years to acquire new customers. It is taking a different approach these days, laying off 18,000 office workers and shuttering operations that are not financially viable.

Carvana, like many startups, pulled a page out of Amazon’s old playbook, trying to get big fast. Used cars, it believed, were a highly fragmented market ripe for reinvention, just the way taxis, bookstores and hotels had been. It strove to outdistance any competition.

The company, based in Tempe, Arizona, wanted to replace traditional dealers with, Carvana said grandly, “technology and exceptional customer service.” In what seemed to symbolize the death of the old way of doing things, it paid $22 million for a 6-acre site in Mission Valley, California, that a Mazda dealer had occupied since 1965. 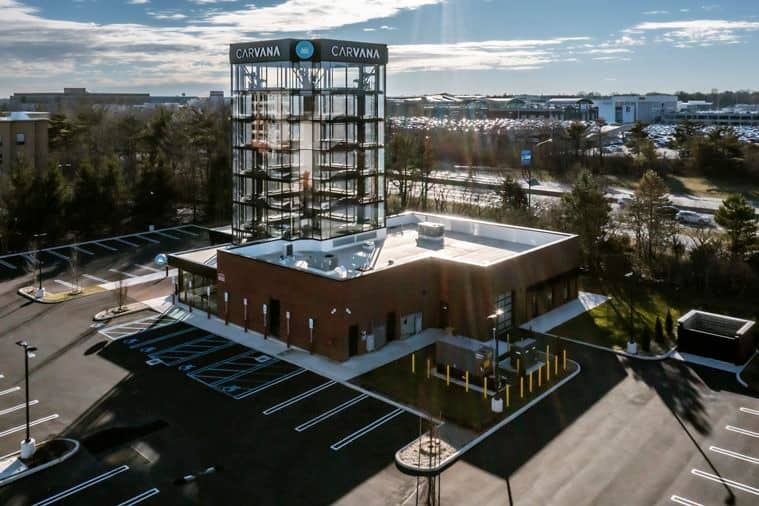 Where traditional dealerships were literally flat, Carvana built multistory car vending machines that became memorable local landmarks. Customers picked up their cars at these towers, which now total 33. A corporate video of the building of one vending machine has more than 4 million views on YouTube.

Then, even more quickly than the company grew, it fell apart. When used-car sales rose more than 25% in the first year of the pandemic, that created a supply problem: Carvana needed many more vehicles. It acquired a car auction company for $2.2 billion and took on even more debt at a premium interest rate. And it paid customers handsomely for cars.

But as the pandemic waned and interest rates began to rise, sales slowed. Carvana, which declined to comment for this article, did a round of layoffs in May and another in November. Its CEO, Ernie Garcia, blamed the higher cost of financing, saying, “We failed to accurately predict how all this will play out.”

Some competitors are even worse off. Vroom, a Houston company, has seen its stock fall to $1 from $65 in mid-2020. Over the past year, it has dismissed half of its employees.

Also Read |ShareChat to Dunzo: A look at the layoffs in the Indian tech industry

“High rates are painful for almost everyone, but they are particularly painful for Silicon Valley,” said Kairong Xiao, an associate professor of finance at Columbia Business School. “I expect more layoffs and investment cuts unless the Fed reverses its tightening.”

At the moment, there is little likelihood of that. The market expects two more rate increases by the Federal Reserve this year, to at least 5%. 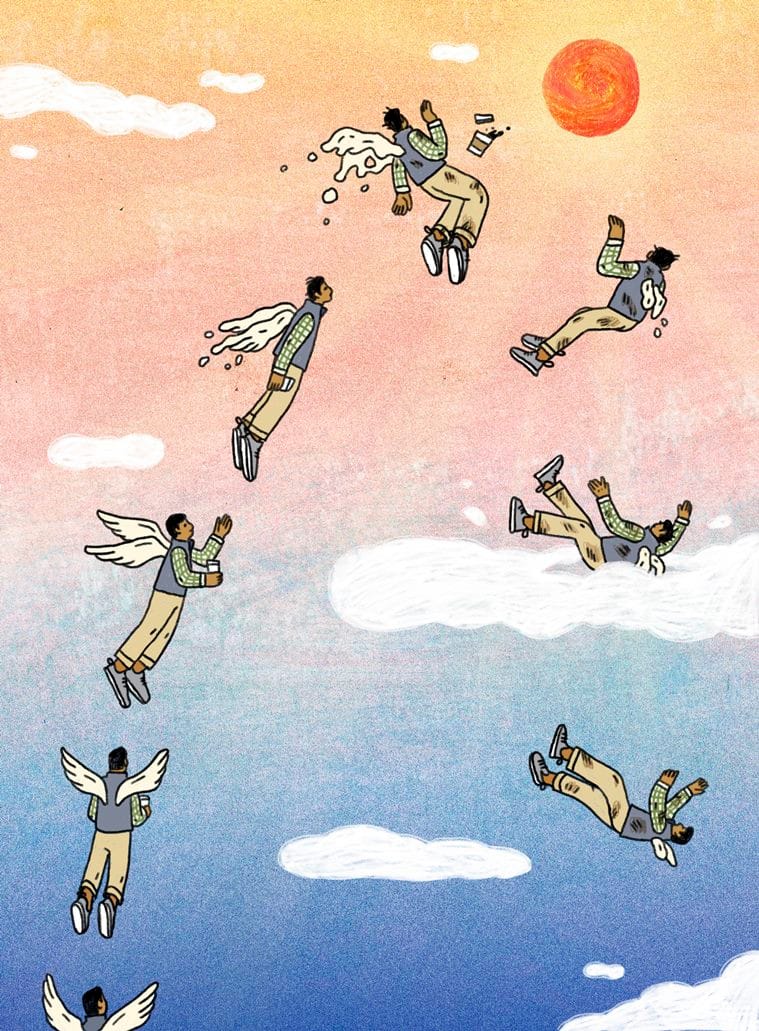 In real estate, that is trouble for anyone expecting a quick recovery. Low rates not only pushed up house prices but made it irresistible for companies such as Zillow, as well as Redfin, Opendoor Technologies and others, to get into a business that used to be considered slightly disreputable: flipping houses.

In 2019, Zillow estimated it would soon have revenue of $20 billion from selling 5,000 houses a month. That thrilled investors, who pushed the publicly traded Seattle company to a $45 billion valuation and created a hiring boom that raised the number of employees to 8,000.

Zillow’s notion was to use artificial intelligence software to make a chaotic real estate market more efficient, predictable and profitable. This was the sort of innovation that venture capitalist Marc Andreessen talked about in 2011 when he said digital insurgents would take over entire industries. “Software is eating the world,” he wrote.

In June 2021, Zillow owned 50 homes in California’s capital, Sacramento. Five months later, it had 400. One was an unremarkable four-bedroom, three-bath house in the northwest corner of the city. Built in 2001, it is convenient to several parks and the airport. Zillow paid $700,000 for it.

Zillow put the house on the market for months, but no one wanted it, even at $625,000. Last fall, after it had unceremoniously exited the flipping market, Zillow unloaded the house for $355,000. Low rates had made it seem possible that Zillow could shoot for the moon, but even they could not make it a success.

Ryan Lundquist, a Sacramento appraiser who followed the house’s history closely on his blog, said Zillow realized real estate was fragmented but perhaps did not quite appreciate that houses were labor-intensive, deeply personal, one-to-one transactions.

“This idea of being able to come in and change the game completely — that’s really difficult to do, and most of the time you don’t,” he said.

Zillow’s market value has now shrunk to $10 billion, and its employee count dropped to about 5,500 after two rounds of layoffs. It declined to comment.

The dream of market domination through software dies hard, however. Zillow recently made a deal with Opendoor, an online real estate company in San Francisco that buys and sells residential properties and has also been ravaged by the downturn. Under the agreement, sellers on Zillow’s platform can request to have Opendoor make offers on their homes. Zillow said sellers would “save themselves the stress and uncertainty of a traditional sale process.”

That partnership might explain why the buyer of that four-bedroom Sacramento house, one of the last in Zillow’s portfolio, was none other than Opendoor. It made some modest improvements and put the house on the market for $632,000, nearly twice what it had paid. A deal is pending.

“If it were really this easy, everyone would be a flipper,” Lundquist said.

The easy-money era had been well established when Amazon decided it had mastered e-commerce enough to take on the physical world. Its plans to expand into bookstores was a rumor for years and finally happened in 2015. The media went wild. According to one well-circulated story, the retailer planned to open as many as 400 bookstores.

The company’s idea was that the stores would function as extensions of its online operation. Reader reviews would guide the potential buyer. Titles were displayed face out, so there were only 6,000 of them. The stores were showrooms for Amazon’s electronics.

Being a showroom for the internet is expensive. Amazon had to hire booksellers and lease storefronts in popular areas. And letting enthusiastic reviews be one of the selection criteria meant stocking self-published titles, some of which were pumped up with reviews by the authors’ friends. These were not books that readers wanted.

Amazon likes to try new things, and that costs money. It took on another $10 billion of long-term debt in the first nine months of the year at a higher rate of interest than it was paying two years ago. This month, it said it was borrowing $8 billion more. Its stock market valuation has shrunk by about $1 trillion.

The retailer closed 68 stores in March, including not only bookstores but also pop-ups and so-called four-star stores. It continues to operate its Whole Foods grocery subsidiary, which has 500 U.S. locations, and other food stores. Amazon said in a statement that it was “committed to building great, long-term physical retail experiences and technologies.”

Traditional bookselling, where expectations are modest, may have an easier path now. Barnes & Noble, a bricks-and-mortar chain recently deemed all but dead, has moved into two former Amazon locations in Massachusetts, putting about 20,000 titles into each. The chain said the stores were doing “very well.” It is scouting other former Amazon locations.

Written by David Streitfeld. This article originally appeared in The New York Times.