In technology news today, players like Xiaomi and Realme are gearing up to launch new smartphones in India in March. Realme 6 and Realme 6 Pro will be unveiled on March 5, while Redmi Note 9 will be announced on March 12 respectively. Even ahead of the official launch, several specifications and features of Realme 6 series has been confirmed like 64MP quad camera setup at the back, 90Hz display, and more. Read details here. Meanwhile, Redmi Note 9 leaked image renders reveal a brand new camera placement. Check it out here.

In other news, OnePlus has finally taken wraps off its “special project”, which happens to be “the world’s first 5G-powered interactive snowball fight”. The fight, using Snowbots, which are the company’s custom-made snowball-firing robots, will be controlled through OnePlus devices with a 5G network. It will take place in for over 70 hours from starting 9 March 2020 in Finland. OnePlus has partnered with Finnish operator Elisa for the event.

OnePlus previously released a teaser for its “special project” last week and the company already clarified that today’s announcement won’t be about a smartphone, which clearly did not leave any room for speculations that something around OnePlus 8 could be unveiled. But there is a report that suggests OnePlus 8, OnePlus 8 Pro, and OnePlus 8 Lite could launch in mid-April.

Vivo could launch its NEX 3s 5G on March 10 in China at 2:30 PM local time. It is the successor to the last year's NEX 3 5G. As of now, we do not know what all specifications will the NEX 3s 5G come with. However, from a recent image posted by the company on Weibo hints that it will come with a notchless display and it will be available in an Orange colour option.

According to earlier reports, the device will be powered by the Qualcomm Snapdragon 865 processor paired with 8GB of RAM. It will run Google's Android 10 operating system with its own FunTouchOS 10 skin on top. 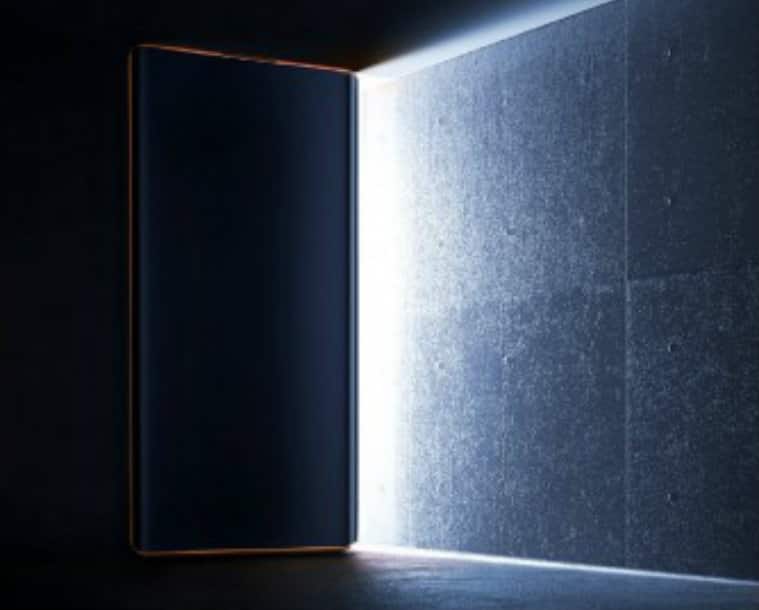 After Xiaomi cancelled its Redmi Note 9 on-ground launch event amid coronavirus concerns, Realme has also announced it will cancel its Realme 6 launch, which was scheduled for March 5 in New Delhi. However, the company will continue to host a livestream on March 5 at 12:30 PM IST for the Realme 6 launch. HMD Global is hosting an event on March 19, 2020, in London, where it is expected to unveil a slew of smartphones including its first 5G phone that will likely be called Nokia 8.2 5G.  HMD Global Chief Product Officer Juho Sarvikas revealed tweeted out the event date along with a 9-second video that hints at a triple camera phone.  Check out his tweet below.

No Time To Wait. We have something very special lined up for you. #nokiamobilelive pic.twitter.com/xQAZWok0v6

The event was supposed to happen on February 23 in Barcelona ahead of the Mobile World Congress (MWC) 2020 but got cancelled amid coronavirus concerns. Apart from Nokia 8.2 5G, the company is also speculated to launch its budget Nokia 5.2 and entry-level Nokia 1.3.   The event could also see the launch of a new retro Nokia phone, details of which are unclear at this point  Read more here.

Oppo Reno3 Pro just launched yesterday in India starting at Rs 29,990. We have just finished reviewing the device and we found out to be a heavy underperformer. You can read our in-depth review of the device by clicking here. 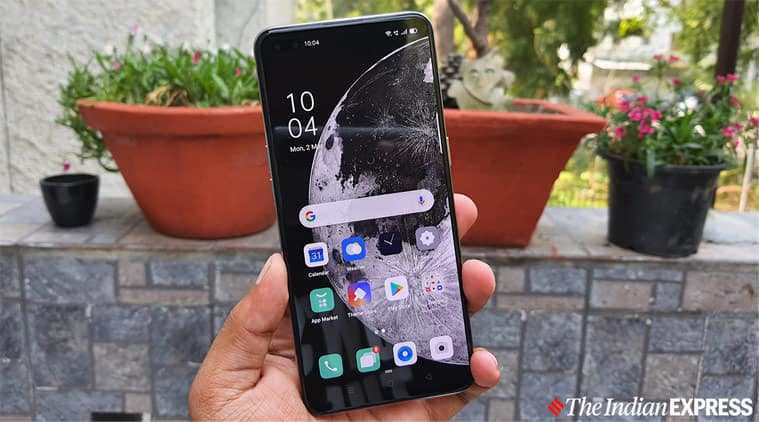 Sennheiser has announced two new wireless earphones - CX 350BT and CX 150BT priced at Rs 7,490 and Rs 4,990 respectively. The earphones are said to offer 10-hour battery life and both sport a USB-C charging port. The CX 350BT gets a dedicated voice assistant button for enabling Siri or Google Assistant. Sennheiser CX 350BT and CX 150BT ship with four different sizes of ear tips for a more secure fit. More features include support for Bluetooth 5.0, multi-pairing to connect with two devices simultaneously, noise isolation on the go as well as AptX and AptX Low Latency support. The earphones will be available on Amazon and Flipkart in addition to Sennheiser's website and offline retail stores.

OnePlus will host a global 5G-powered snowball fight in Finland using Snowbot, which is the company's snowball-firing robots. The Snowbots can be controlled by OnePlus 5G smartphones and the smartphone maker has partnered with Finnish operator Elisa for the event. It will be held from March 9 2020 at 12:00pm GMT and is said to take place for over 70 consecutive hours. "The experience will allow anyone from around the world to control the OnePlus Snowbots in a live snowball fight on https://www.oneplus.in/snowbot," the company said in a press release. Coronavirus is spreading all across the world. In fact some cases have been reported in India as well. As a precautionary measure Xiaomi India has announced to cancel all on-ground launch events in India this month which also includes the launch of the awaited Redmi Note 9. On Tuesday Xiaomi informed via a tweet that for Redmi Note 9 the company will not host a launch event instead the phone will be announced via a online livestream on company’s social media handles and mi.com. Coronavirus is spreading all across the world. In fact some cases have been reported in India as well. As a precautionary measure Xiaomi has announced to cancel on-ground launch event in India this month. The company informed via a tweet that for Redmi Note 9 the company will not host a launch event instead the phone will be announced via a online live stream on company’s social media handles and mi.com.

Alongside the Reno3 Pro and two new wireless earphones Oppo also launched financial services platform called Oppo Kash. The company has confirmed that Oppo is the first smartphone brand in India to launch Mutual Funds. The Chinese smartphone brand confirmed that all Oppo phones from now on will come bundled with Oppo Kash while non-Oppo users will be able to download the applocation from Play store. The app is currently available in beta only and will be released officially later.

In the beta release, five products have been launched including the Freedom SIP. With Freedom SIP, users can commence their mutual fund investments with as low as Rs 100 worth of investment. Oppo Kash users will also be entitled to free credit reports, personal loans upto 2 lacs, business loans upto 2 crores and screen insurance.

Oppo is piloting a phygital acquisition model leveraging the smartphone sales team in Oppo stores to cross sell financial products. The pilot will run in select stores in select Tier 1,2,3 cities for 6 months after which an all India roll out will happen.

Apple has finally settled lawsuit in the US accusing the company of intentionally slowing down old iPhones and has agreed to pay up to $500 million. Reuters reported that Apple denied wrongdoing and said it is settling the case to avoid burdens and costs of litigation. Apple will need to pay $25 per iPhone. US owners of Apple iPhone 6, 6 Plus, 6s, 6s Plus, 7, 7Plus or SE that ran the iOS 10.2.1 or later are covered by the settlement. Further, US owners of the iPhone 7 and 7 Plus that ran iOS 11.2 or later before December 21, 2017 are covered as well. Read more here.

When will OnePlus 8 series launch? This question finally has an answer. Sort of.

A new report coming from TechRadar.com states that sources close to OnePlus have revealed that the company will launch its next phone in India next month. It clearly notes that the OnePlus 8 will be announced in the country by mid-April. Under the series the Chinese smartphone brand is expected to launch three phones including OnePlus 8, OnePlus 8 Pro and OnePlus 8 Pro. The launch date hasn’t been specified as of yet and neither the company has reveled any official information right now. Today OnePlus will announce a special project and the company has revealed that it won't be around a phone or any commecial project.

The Realme 6 and the Realme 6 Pro will launch in India on March 5. Ahead of the launch the company has officially confirmed a lot of details about the phones. Both the devices will come with 90hz screen refresh rate, punch-hole camera design, 64MP quad camera setup at the back and more. Realme CMO Francis Wang now reveals some information about the pricing of the Realme 6.

Wang mentioned in his latest tweet that "From the pricing perspective, realme 6 is not a successor of realme 5. Our product portfolio has been redefined. #realme6 is our new pro. Hope this clarifies price part. Up pointing backhand index. See you on 5th March, watch it live!"

Xiaomi has confirmed to launch the Redmi Note 9 on March 12 in India. The Chinese company posted a teaser as well which reveals that the phone will include four cameras at the back. The company is yet to reveal the camera specifications as yet but leakster Ben Geskin revealed a concept image of the Redmi Note 9. Check out the image below.

The concept image goes in like with the official teaser and shows a suqare camear module with four images sensors on it. This is the first ever time we will witness a Xiaomi Redmi Note phone with a square camera at the back panel. The image also reveals that the Redmi Note 9 will include single punch-hole on the front and in-display/side mounted fingerprint sensor. The concept image shows blue colour variant of the Redmi Note.

WhatsApp Dark mode is already available in public beta for Android users. According to WABetaInfo -- a blog that tracks upcoming WhatsApp features -- Dark mode will be available for all users very soon. The Facebook owned messaging platform has changed its Twitter and Instagram display picture to dark theme hinting at the coming of the feature to all users very soon. No specific details on the launch date of WhatsApp Dark mode as yet. But it could be close enough.

The WhatsApp Dark Theme or Dark Mode is available for Android Beta users for now. This probably suggests that the Dark Mode will be available for Android users first and then reach the iPhone users. WhatsApp is also testing the feature for the Web users.  The Android beta update shows that WhatsApp will provide the option to switch to regular mode and otherwise whenever required.

Everything about OnePlus' special project

Another special feature of the Concept One besides the hiding camera system is its design. The company partnered with McLaren to design the concept phone and it is inspired by McLaren's 720S Spider sports car. Notably, one of the teasers of the 'special project' show Concept One like design. OnePlus CEO Pete Lau also revealed via a tweet on Monday that the announcement today will be around 'Snow' and '5G'. Does this mean the company will also reveal details about its future 5G phones? Possibly.

Read about the OnePlus Concept One phone in details here

Here we will discuss about March 3 tech news. Today will be talk about OnePlus' upcoming Special Project. The company said that will announce a new project which isn't a phone or a commercial product. We will also discuss about other tech news like the launch of WhatsApp Dark mode, OnePlus 8 launch timeline, Realme 6's pricing in India, Redmi Note 9 India launch event, how Oppo Reno3 Pro performs in or review, and more.