Ahead of Android Marshmallow launch, there was a wide speculation that Google could name it Motichoor Laddu or Mysore Pak. Disappointment came through when Google eventually called it Marshmallow.

Since Sundar Pichai became Android chief, it was expected that Google would name its Android iteration after Indian dessert and finally that could happen.

While addressing students at SRCC in New Delhi, Google CEO Pichai said for the next version of Android, the company could do an online poll and if all Indians vote, Android N or Android P could get an Indian name. He also spoke about Google’s vision to develop products that could solve problems faced by human race. He said anyone with an intent to create great product can join Google and solve several particular problems of this society. Again implying that Google is not just about Computer science majors.

He reiterated on Google’s initiative to bring internet to next billion people who won’t be speaking English. He spoke about delivering broadband class speeds via WiFi to people waiting for trains at major Indian stations.

While Telecommunication ministry may have raised issues about Project Loon’s interference with telecom signal, Pichai sounded confident of beaming internet from balloons. Google’s Project Loon was conceived for India and Mountain View based search major would want to get it floating in Indian airspace as early as possible.

Google CEO Pichai recounted days remembering every phone number while in India and how smartphones and contact books have diminished that need. Addressing the student community, he said “Follow your dreams and you can do whatever you want”.

With leaders around world talking about coding and education institutions giving importance to software programming, Pichai said “Coding should be strongly encouraged and not made compulsory”. He even remembered writing a chess program in his early days.

Interestingly, Sundar Pichai also emphasised on the fact that its not about bringing services to India but rather creating services and products in India and delivering it to global audience. He gave example of YouTube offline being a Google India initiative that has now gained appreciation worldwide.

While there aren’t any big takeaways from Google CEO Sundar Pichai’s India visit, it does prove how significant India is for Google as a market and Google India is driving innovation for search giant. 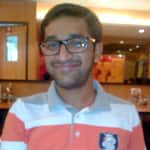