New age ed-tech platforms such as Bitclass and Habbit are focusing on teaching different skills to users, with digital creators as teachers. 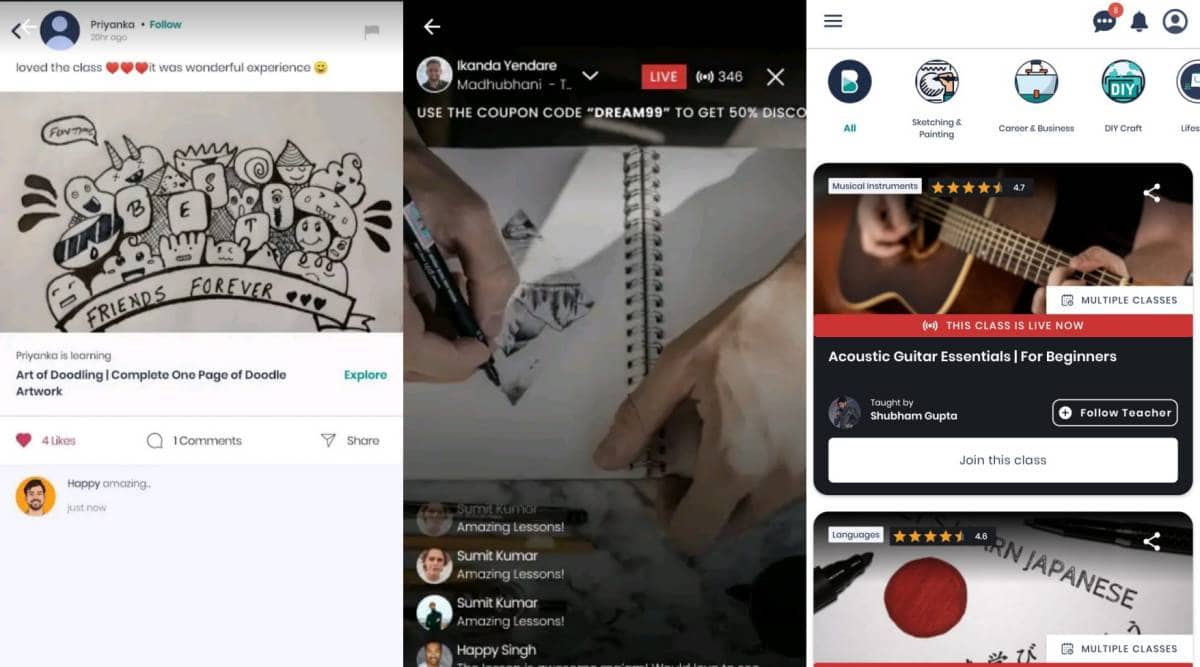 New age ed-tech startups are focusing on skills beyond the academic domain. Apps like Bitclass are gaining in popularity in the Indian market. (Image credit: Bitclass)

When 26-year-old Kumudini Bhutani decided she wanted to teach scrapbook journaling online during the lockdown of 2020, Instagram was her go-to option. Except that it didn’t yield the kind of success she had hoped for. “I was mainly targeting the audience through ads itself on Instagram. But the ads were not reaching the desired number of people,” she told indianexpress.com. But luckily for creators such as her, who have a skill to share, new age ed-tech platforms such as Bitclass and Habbit have proved to be a simpler and more reliable way of reaching the target audience.

The platforms are geared for teaching courses that are out of the box and focus on new skills such as creative writing, baking, etc. In fact, Bitclass — which is a live online learning platform — is the winner of this year’s Best of Google Play awards for India.

Bhutani is now offering live online courses via Habbit and it has been a good experience so far. Primarily because the marketing is taken care of. “All I have to do is to perform, look at the course structure, and focus on making that experience better for the students. The rest of the things are being handled by the platform, which works for me,” she explained. More importantly, she doesn’t have to worry about finding a location to hold the workshop or worry about where the students are coming from. 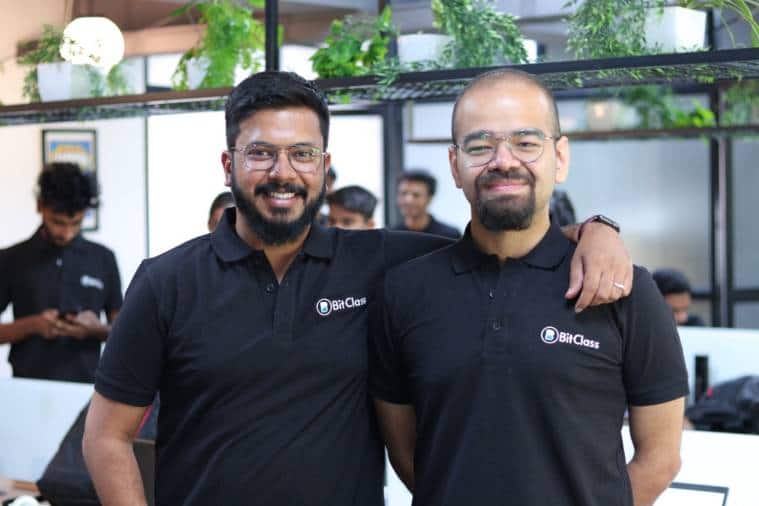 There’s no doubt that the global pandemic has caused a shift in how learning is approached. Online learning and live classes have become a lot easier to set up thanks to the ubiquity of Zoom. And these new platforms want to offer courses for skills that users might not find elsewhere.

“We are trying to build the largest online campus for people to learn anything beyond the usual academic stuff. And we think it is a big opportunity,” Gunjan Kejriwal, the co-founder of Bitclass tells indianexpress.com. Unlike traditional ed-tech platforms in India, which are focused on a sales-heavy push for their products, BitClass is going for a try-and-buy kind of approach.

Read more |Is coding a must-have life skill of the future?

On Bitclass, there is a mix of free and paid classes, while their workshops which are shorter are mostly free. “Our workshops are like entry points, so say you spend two days or a day taking up Korean in the free classes and workshops. It basically opens up that door for you and whether you would like to pursue, that is when we ask you to join the full course, which is paid,” Kejriwal explained.

The key is live classes. According to Kejriwal, engagement is much higher and so is time spent when a class is live rather than with pre-recorded content. The product, which is around 10 months old, has to date seen 8 lakh users engage with its classes, while over 1.5 lakh have paid for these. 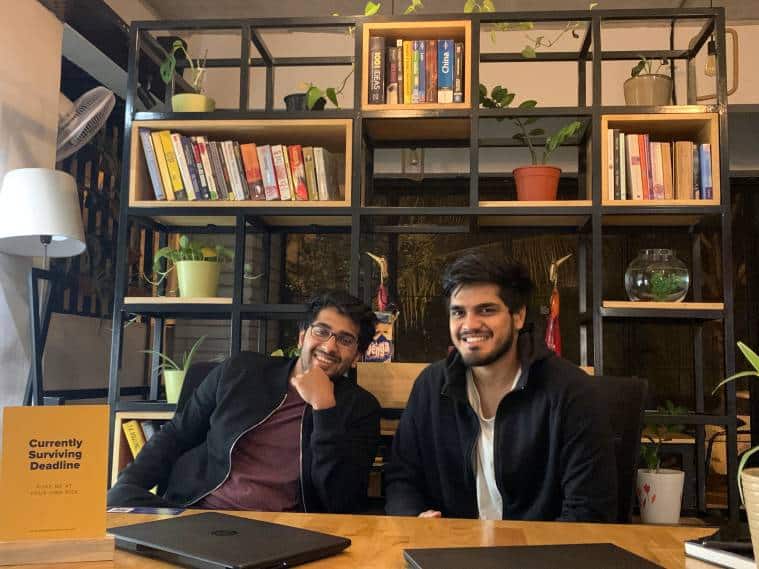 “We have a bunch of tech solutions built inside the product. We have Zoom and one-way streaming integrated. It also works on a case-to-case basis. Suppose the class is more than 500 students, then we handle it differently, but all of this is integrated and inbuilt inside the Bitclass app. “You (the course teacher) don’t have to go outside Bitclass to take any class, you can do all of that on our app,” he added.

Meanwhile, Habbit also has free workshops as well, which can last a few hours, and then the courses, which have a longer duration are paid for. It also has one-on-one sessions for those who really want to go deep with a skill. The platform, which officially started in February 2021, has till date seen over 25,000 registered users, and has over 50 mentors.

Read more |The future of learning in India is ed-tech

“So initially, we had paid workshops, we realised it is not that affordable for people for this one-time session, so we made it free now. Workshops also let people understand what the live interaction is, how is the mentor, etc,” Somnath Sandeep, co-founder of Habbit, told indianexpress.com

Habbit too has integrated Zoom within the platform for its live classes. Explaining why they have stressed on hiring creators as teachers, Sandeep said the core idea behind their product was “experiential learning.”

“For this reason, we thought that the best people to basically teach learners would be full-time creators. People who are founders of their own first sale of business brands,” he pointed out.

When asked which skills are doing well on Habbit, Raghav Goyal, the other co-founder, said skills such as embroidery and makeup, where there is a tangible outcome to a particular workshop, tend to do well. “Visual arts are also doing well. Vocals courses are doing really well, where a lot of people in India are trying to basically improve their voice and get into the music industry in some form,” he pointed out.

Goyal said the pandemic has just accelerated the boom in the creator economy and there’s a whole momentum for online-first learning and how to make sustainable lifestyles online. “That’s the wave that we’re riding on,” he says.

A screenshot of the Habbit website showing workshops and classes. that users can opt for.

And Bitclass’ founder knows this as well. “People would have anyway adopted live learning in the next maybe five years, seven years maybe. But because of the pandemic, online as a medium of learning and teaching has become acceptable today,” he said.

And while he sees no reason why this trend will go down, not every platform has seen success. Bodhiroom, which started in 2019, was trying to do something similar, though their focus initially was offline. “The idea was to offer courses for adults, on anything, any life skill. For example, if I want to learn how to change the tire of a car, maybe someone could teach me that. We were trying to build something in Delhi NCR similar to CultFit, where we would have centres, workshops. But then Covid hit and we decided to move online,” Nakul Gupta, the co-founder of the defunct Bodhiroom said.

While the first six months of Covid were great thanks to users wanting to learn something because of the lockdown-induced boredom, the good times did not last. “I think around October-November 2020 is when it started to dip. Challenge was getting regular attendance after that,” he pointed out. 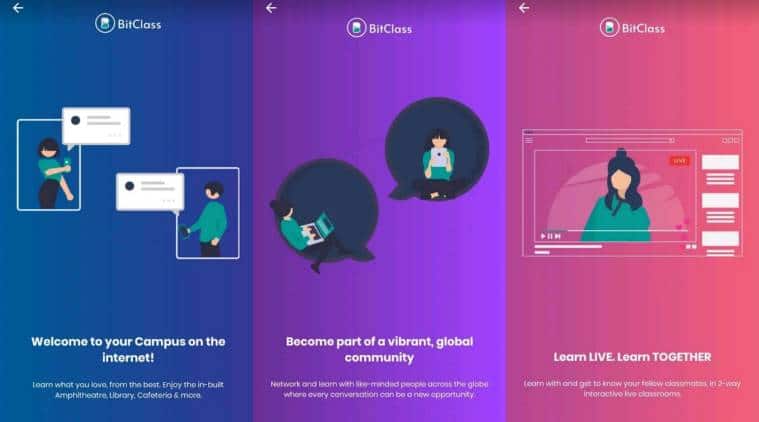 The login for the Bitclass app, which puts a focus on community-based learning.

In his view, the challenge with online learning is keeping the audience engaged. “In an offline experience, you learn so much from body language. So even if you’re teaching and just lecturing, when you see people’s body language you can get a sense when people are getting bored. But online these are hard to know,” he pointed.

Add internet connection woes to this, and the workshops would often end up with a negative rating, even if the teacher/creator was not at fault.

What Gupta says has resonance in the experience of other creators, who have not found online teaching to be easy given some skills require a lot more attention to detail.

For instance, Hera Aqil, who teaches calligraphy online, has not had a great experience so far. “When I talk about the online platform, there are a lot of parameters that you have to cover. The internet at both ends has to be strong, the camera needs to be right. It shouldn’t become monotonous at any moment. Plus calligraphy is a very practical-based learning. In offline I can very easily teach them how to hold the pen, but it is a little bit difficult online,” the 21-year-old explained, adding that in some instances it would require two-three cameras to show all angles. The creator is still looking for the right platform to tie up with and mostly relies on Instagram.

And this need to keep students engaged in an online class is something that both Bitclass and Habbit are aware of. Bitclass for instance does invest in letting course instructors understand how to ensure deeper engagement.

“We understand from a class engagement perspective. We analyse how they react in the class, etc and we use that to sort of give our teachers some kind of guidance on what’s the best way to teach students, to keep them engaged,” Kejriwal said, admitting that engaging online is a completely different skill set, one which every instructor or creator might not possess and therefore they do invest in training the instructors as well.

Meanwhile, Habbit is also encouraging ‘Projects’ or portfolios that users can create on the basis of their finished courses. The founders see that as opening up a new opportunity for those who took the course. Going forward, the company plans to focus on helping users with these portfolios as another potential avenue for further opportunities.