Scientists simulated wormhole using a supercomputer for the first time ever

Scientists at the California Institute of Technology have successfully simulated a wormhole using a supercomputer. 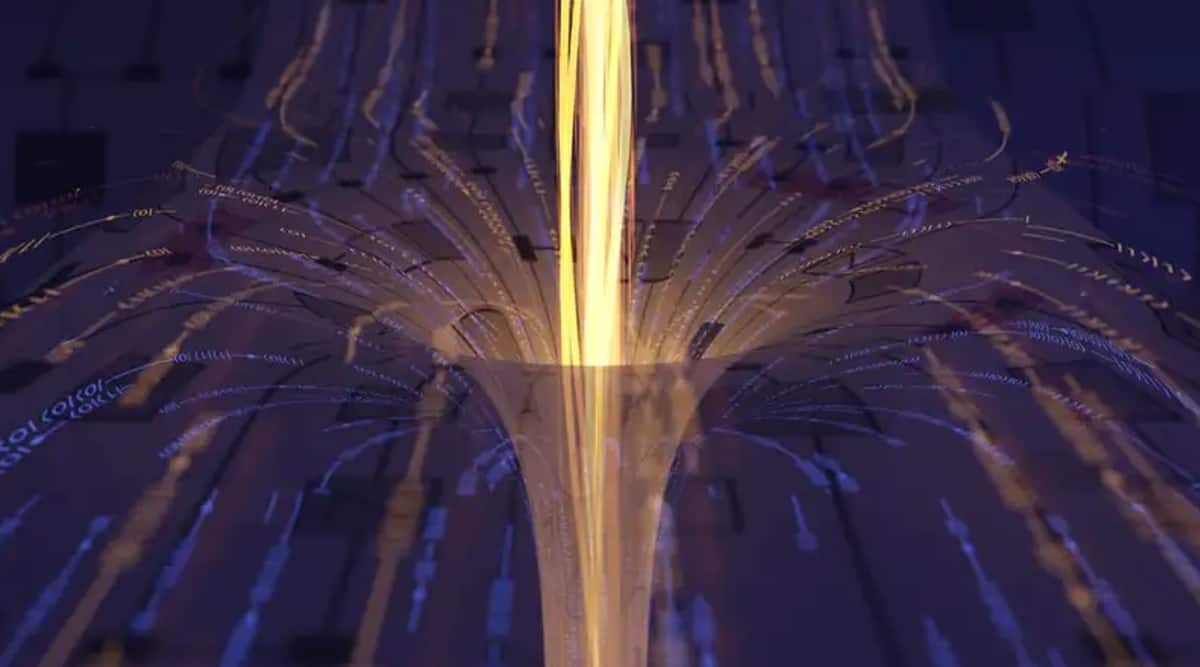 Scientists have simulated a wormhole using a Google supercomputer for the first time ever (Image Source: inqnet/A. Mueller (Caltech))

For the first time ever, scientists have observed a wormhole using a supercomputer. The idea of wormholes was first theorised by Albert Einstein and Nathan Rosen back in 1935. For the unknown, a wormhole is a speculative structure in spacetime that looks like a tunnel with two ends and at separate points. A wormhole is not visible to the naked eye. It will have a different space-time continuum when compared to the space-time of our universe. Scientists are also hinting that gravity of our universe could be a part of quantum bits.

This development will further help physicists to study space and science and how the universe works. They have used Sachdev–Ye–Kitaev, or SYK model to perform teleportation via the wormhole theorised using a supercomputer.

The first wormhole is computerised by a team at California Institute of Technology, led by Maria Spiropulu using Google’s quantum computer under the project name “wormhole teleportation protocol”. They have made use of a device called Sycamore housed at Google Quantum AI, located in Santa Barbara, California with the help of a quantum gravity experiment on a chip.

According to the lead scientist Spiropulu, “the high fidelity of the quantum processor we used was essential.” She also said that “We found a quantum system that exhibits key properties of a gravitational wormhole yet is sufficiently small to implement on today’s quantum hardware.”

Make sure to do this stretch — as fast or as slow as you want to — for your shoulders, neck, upper back