Reliance Jio 4G offer open for all smartphones? No official word, yet

Reliance Jio 4G preview offer might be extended to all phones soon, but the company has not yet confirmed this. 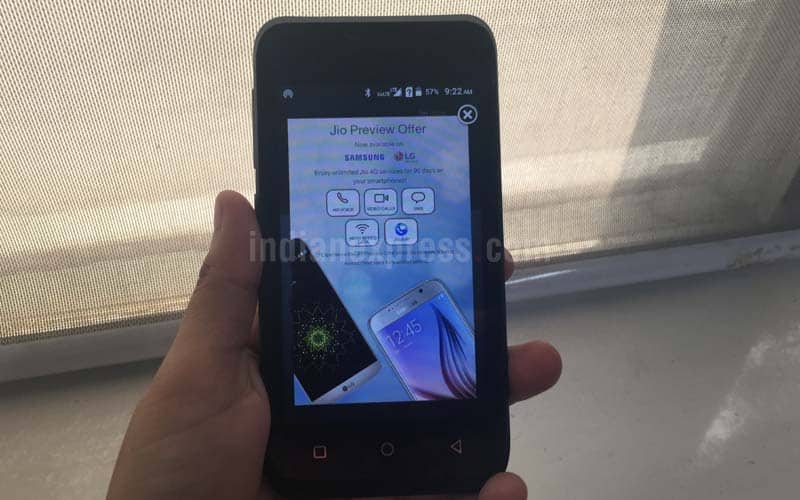 Reliance Jio 4G preview offer for unlimited data: Extended to all smartphones? Company says not yet.

Reliance Jio appears to be gearing up for a full scale commercial launch of its 4G and VoLTE services. This week the free 4G Jio SIM offer was extended to all Samsung and LG smartphones with 4G capabilities. Now according to reports on Twitter, it would appear the Jio SIM can be freely purchased from the store by anyone who has a 4G smartphone, which is not a Samsung or LG or Lyf phone. One tweet shows a screenshot of an Excel sheet where it claims the 4G Jio preview offer is now open for all 4G-capable smartphones.

However JioCare has also issued a response on Twitter saying the 4G Preview offer is only limited to Samsung and LG smartphones. Reliance Jio’s tweet reads, “Currently Jio SIM is only available with LYF smartphones & select Samsung models. Stay tuned for future updates.” The tweet doesn’t make it clear if  offer will be expanded beyond Samsung or LG phones, but given that Reliance has extended the list of devices which can get the Jio SIM, it won’t be surprising if new announcements are made soon.

It was earlier reported the Jio 4G SIM preview offer will be extended to Apple iPhones as well, though that has not happened so far. In our own case, we’ve been able to run the Jio 4G SIM from a Lyf phone on a Redmi 3S Prime (data only) as well as iPhone 6s, though we did this only for a brief period. Interestingly one of the sales representatives at a Digital Xpress Mini store told us explicitly that we should not run the Jio SIM on a non-LYF/non-Samsung/LG smartphone.

For Samsung and LG smartphones users, they will have to download the MyJio app and generate a code. After that go to a Reliance Digital or Digital Xpress Mini store with your identity proof and address proof, and purchase the Jio 4G SIM. Users will need to carry the code generated on their eligible device as well. After that, insert Jio SIM, go to MyJio app, tap on ‘Avail Offer’ and click submit. All other Jio apps like JioPlay, JioOnDemand, JioBeats and JioMoney will be installed. Once tele-verification is done after calling 1977, Jio Preview offer gets assigned to your number.

On the Reliance Jio website it says users will get “interim benefits of 2GB Data, 100 minutes voice / video and 100 SMS will get credited in your account,” once tele-verification is done. However the full Reliance Jio 4G preview offer will give a user unlimited HD Voice and Video calling, unlimited SMS, unlimited High-Speed Data, and free data on Jio apps. The benefits last for 90 days.

For those who don’t have a VoLTE capable smartphone, they will need to download the JioJoin app to make calls.

Also read: Reliance Jio 4G SIM activation: Here is what the experience was like