While the details about the upcoming Realme phone is unknown, Madhav Sheth has confirmed that the MediaTek Dimensity 700-powered 5G phone will soon launch in India. 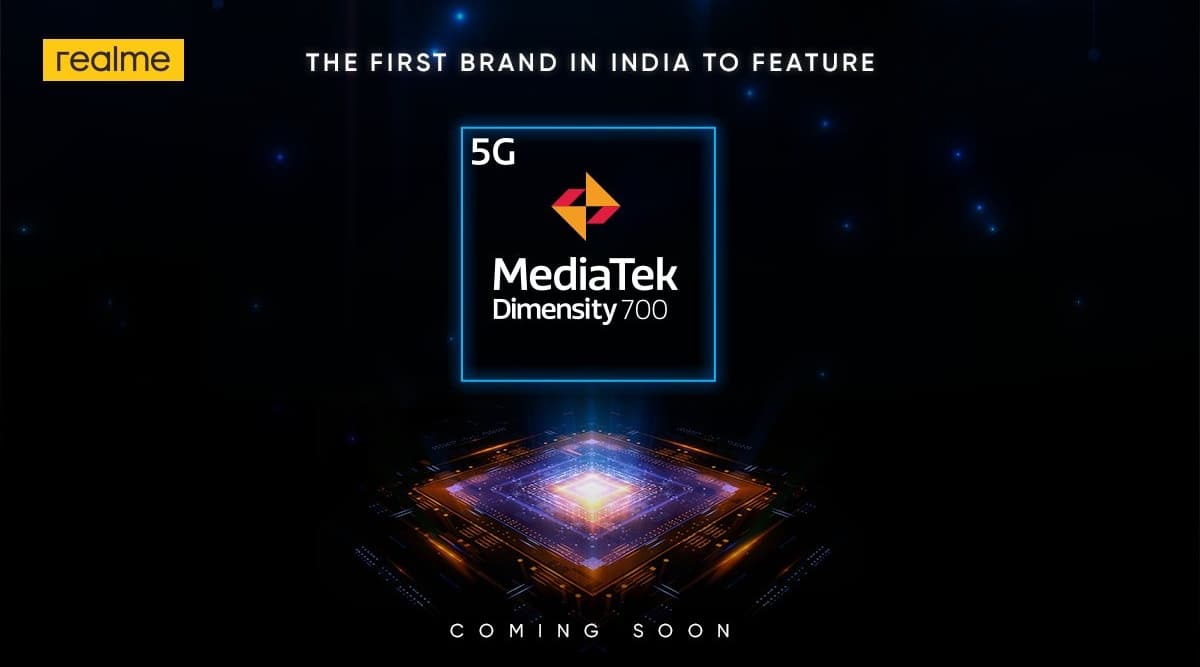 MediaTek has just launched its latest Dimensity 700 processor. This is a 7nm chipset, which comes with 5G capabilities, supports 90Hz displays and has a maximum clock speed of up to 2.2GHz. The chipset maker has also announced that Realme will be the first brand to offer a smartphone with the same processor.

“As a 5G leader and populariser, Realme envisions bringing 5G-enabled smartphones with enhanced capabilities to users, so they can access their desired tech lifestyle,” Madhav Sheth, CEO of Realme India said in a statement. “We are happy to have MediaTek as a partner in this journey. Together, we will continue to massify, develop and nurture an ecosystem of 5G smartphones in India and globally.”

While the details about the upcoming Realme phone is unknown, Sheth has confirmed that the MediaTek Dimensity 700-powered 5G phone will soon launch in India. Realme is reportedly planning to launch a Realme 8 5G smartphone in Thailand, which is rumoured to pack the same Dimensity 700 chip. Additionally, Sheth just recently confirmed that Realme India is gearing up to unveil the 5G version of Realme 8, and now he has teased the launch of a new phone with the same 7nm chip.

As for the specifications of the MediaTek Dimensity 700 SoC, it has two ARM Cortex-A76 cores at a maximum clock speed of 2.2GHz, and six ARM Cortex-A55 cores clocked at up to 2GHz. It offers support for up to 12GB LPDDR4x RAM and UFS 2.2 2-lane storage. The 7nm chipset is claimed to offer up to 28 percent more power efficiency over an equivalent 8nm processor.

The chip supports full-HD+ displays with 90Hz refresh rate, and has an image signal processor (ISP) to back either two 16MP cameras or a 64MP camera. The MediaTek Dimensity 700 SoC is paired with Mali-G57 MC2 GPU at a maximum frequency of 950MHz. It supports up to 2K video encoding at 30fps.