Through the Instant Articles feature, users on Facebook can view feature-rich content within the app itself at a faster speed 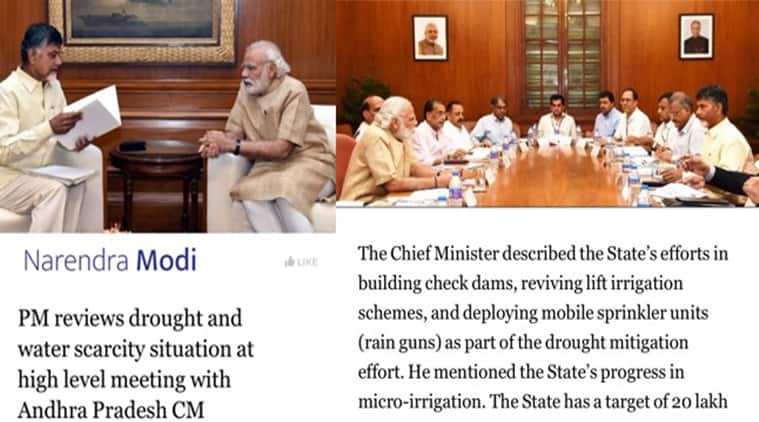 Screenshots of a post on narendramodi.in in Facebook’s Instant Articles feature.

Prime Minister Narendra Modi’s personal website — http://www.narendramodi.in — has gone live on Facebook’s Instant Articles (IA), the feature through which users can view a post within the app itself.

The website routinely publishes posts that details daily engagements of the Prime Minister and the various government schemes he rolls out. Now, through the IA feature, users on Facebook can view feature-rich content within the app itself at a faster speed. The feature is marked by a lightning bolt sign on the top right hand corner of the post.

narendramodi.in is also home to news-letters, interviews and speeches of the Prime Minister.

IndianExpress.com was among five news publishers that tied up with Facebook in rolling out the IA feature, first for iOs users and then later for Android users in November last year. The feature helps in articles getting loaded much faster even on 2G networks. It can also help in bringing stories to life by letting users zoom into high-resolution photos and tilt to explore them in detail.

India was the third region after US and Western Europe to get Instant Articles and the first where Android users were able to access this content.