Muse, a made in Bengaluru smartwatch, will start shipping in November

The Muse is a hybrid watch that looks like a standard analog timepiece but offers fitness information. 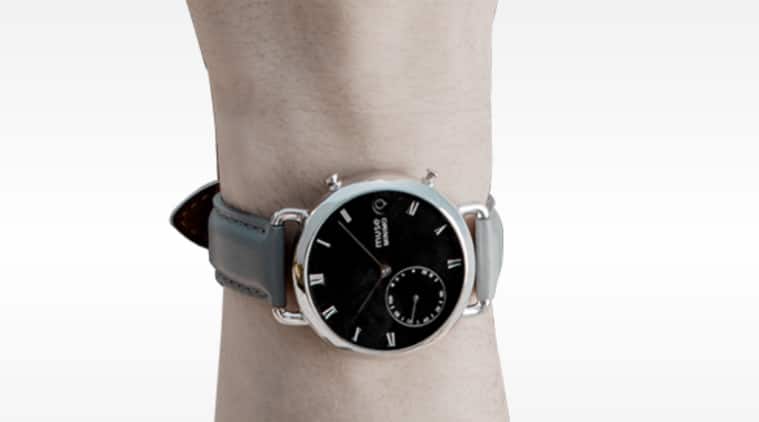 Muse hybrid smartwatch, which looks like a traditional timepiece, will be manufactured in Bengaluru.

In Bengaluru, a young team of IIT and NIT passouts are trying hard to create a hybrid smartwatch they believe could change India’s hardware startup scene. Called Muse, the smartwatch is currently on Kickstarter where the company has raised about Rs 30 lakh in just 48 hours. To be made available in two models – Grandeur and Minimo – the Muse has a Kickstarter price of between $99 -$139, with shipments set to begin in November.

The Muse is a hybrid watch that looks like a standard analog timepiece but offers fitness information. The company claims 18 months battery life and NFC support for payments as USPs. Also, the watch will be made in Bengaluru. “Our original plan was to manufacture the smartwatch in Shenzhen, China but in the past few months, we have decided to make it in India itself,” KLN Sai Prasanth, Co-founder of Conzumex Industries Pvt Ltd, tells indianexpress.com over phone.

Sai, an IIT Madras alumni, co-founded Conzumex in 2012, while he was still studying engineering design. His partners Ajay Yathindra and K Karthik Reddy are also from IIT Madras while Prathyusha Kamarajugadda is from NIT Warangal. Incubated at IIT Madras Incubation Cell (IITMIC), Conzumex had raised about Rs 2.35 crore in seed funding from the Keiretsu Forum Chennai Chapter in 2017. Baahubali director S S Rajamouli and Shobu Yarlagadda have recently invested in Conzumex.

“The company was registered in 2012 long back in college, but we didn’t start any operations at that time. We started off our operations only in June 2016, and by October that year, we got incubated at IIT Madras. We were working there until last month when we moved to Bengaluru,” Sai says.

“We faced a lot of difficulties in starting our business which deals in the consumer hardware segment,” says Sai. “You don’t know where to start, you cannot show the whole product in two months, plus you also need to convince investors to put money into your project,” he explains.

Interestingly, Muse is the company’s second product. In February 2016, the team launched a device called the MuConnect, a mobile charging accessory. Sai calls the launch of MuConnect the biggest learning for his team. “At that time, we only had $3000 as savings from our previous jobs. With the MuConnect, we managed to rake in $245,000 in revenues in 45 days,” he says. The device sold over 17,000 units through the crowdfunding platform Indiegogo, across 92 countries. “It was a new kind of model for developing a new hardware. Generally, a new hardware takes at least a year or two to build and needs a lot of investments before it can get into the market.” Sai says the MuConnect proved to be a decent success and gave the company a lot of confidence in shipping, logistics, customer support and filing patents. 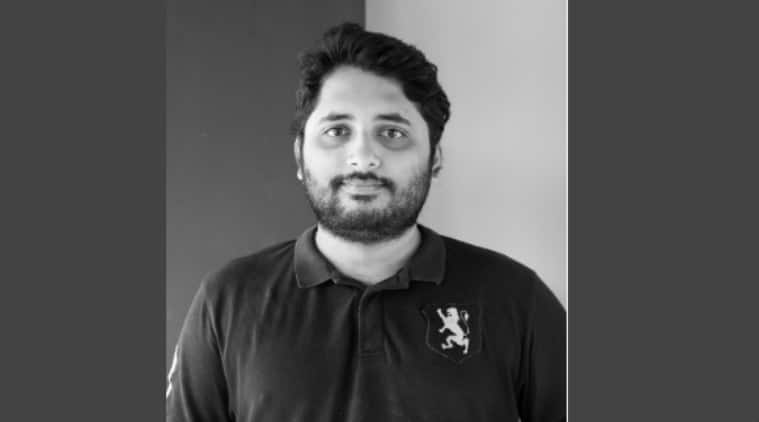 Sai, an IIT Madras alumni, co-founded Conzumex in 2012, while he was still studying engineering design.

Sai believes crowdfunding platforms Indiegogo and Kickstarter help a lot to turn an idea into a viable product and get funding. “We don’t have to make an actual product; we just have to make the technology working and showcase it to the user. This helps a lot in creating a community around the product; we know exactly who is buying our products and why they are buying, or which features they’re liking. For that kind of deep knowledge a platform like Kickstarter is really helpful,” he adds.

However, the company has a tradition go-to-market strategy for the Muse, which is which is unconventional for a new startup. Sai says the smartwatch will be made available through both online and offline channels later this year and retail partnerships are already in place.

Though its first smartwatch is yet to reach the market, the company is already developing a new wearable. Unlike the Muse, which is pitched as a lifestyle device, the upcoming smartwatch will target the health and fitness crowd with its own proprietary operating system. Sai says the company is already testing prototypes, but a lot will depend on the performance of the OS.

Sai believes more Indian startups are now working on hardware products and want to design the products in India. But getting the right investment is still a big issue.