Motorola smartphones to get Alexa integration; will start with Moto Z 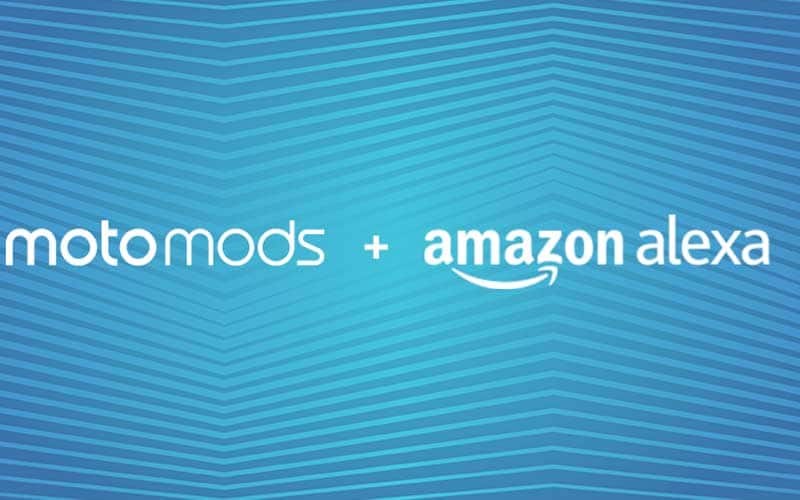 Motorola phones will get Amazon Alexa integration, starting with the Moto Z smartphone.

Lenovo-owned Motorola has announced that its smartphones will be getting Alexa integration in 2017; Alexa is Amazon’s voice-assistant, which is powered by machine learning and AI. This is pretty interesting because Motorola phones run stock Android, and now Google Assistant is being rolled out to phones Android Marshmallow 6.0 and above. But it looks like Motorola is going with Amazon Alexa as their voice assistant. It is not clear if even mid-range phones like Moto G5 will also get the Alexa integration.

In a blog post Motorola wrote, “Later this year, we’ll add Alexa integration into our phones — and you won’t have to unlock the phone first.” For starters Moto Z is getting a new Amazon Alexa Mod, which will be launched later in the year. This Mod will allow users to do everyday tasks like controlling their smart home device, check the news, request for an Uber, etc.

Amazon Alexa is so far available in the US, UK, Germany, and Austria, so for India users this new feature won’t really mean anything. Alexa is the company’s voice-assistant based on machine learning and can perform a variety of tasks. From playing music to modifying shopping lists, Alexa also has integration with third-party apps like Uber. Google Assistant is still working on adding the third-party integration.

Alexa is also part of Amazon’s Echo and Dot home speakers, and can be used to control smart devices as well. This is not the first Amazon-Lenovo partnership. Earlier at CES 2017, Lenovo announced a new home speaker powered by Amazon Alexa.

Motorola’s blogpost also says they will add more Moto Mods. The next addition is the Moto Power Pack, which according to the company, adds 50 per cent more battery to the phone, without making it bulky. This new Moto Power Pack mod also has a special efficiency mode, which automatically charges the phone to keep efficiency at its peak. It will be available in March for a price of $49.

Motorola will also introduce power-focused Moto Mods, including a wireless charging Moto Mod, a Turbo Power Moto Mod, and a charging adapter. There’s also a Gamepad Moto Mod launching in the summer, which will transform the phone into a mobile gaming console by adding physical controls, along with an integrated battery.

For Amazon’s Alexa, this is a pretty win. At CES 2017, we also saw car manufacturers Ford and Volkswagen announce that Alexa would be integrated in their car systems. Given that digital voice-assistants are the big trend for 2017, it looks like the battle will be between Alexa and Google Assistant.